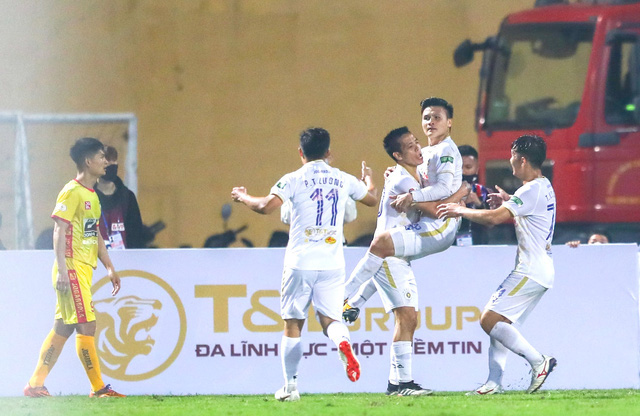 Vietnam playmaker Nguyen Quang Hai will leave Hanoi FC on a free transfer as his current deal will expire on April 12, after negotiations over an extension have broken down, the football club announced on Tuesday evening.

Hai, widely regarded as one of Asia’s brightest prospects, has long been linked with a move abroad but has thus far spent his entire career at Hanoi FC, with the club holding a long-standing reluctance to part ways with their star player.

“After the negotiation process, Hanoi Football Club and player Nguyen Quang Hai came to an agreement that we would not renew the contract,” reads the club’s announcement.

The football club said they had cogently expressed the intention to extend the contract with the midfielder during the negotiation process while understanding his desire to be challenged in a more professional football environment and conquer new titles.

“Therefore, in accordance with the law and with respect to the choice of players, Hanoi Football Club will release Nguyen Quang Hai from April 12, 2022, when the existing contract ends.”

Hai will continue to practice and compete under the instructions of Hanoi FC’s coaching staff until then.

The club also sent best wishes to the midfielder in both life and career matters.

They added that he will always be welcomed at the club and can return at any time.

Hai started his career 16 years ago and has spent his entire career at Hanoi FC, from the youth to senior team.

The Vietnamese international rose to prominence with a series of stellar performances that helped Vietnam reach the final of the 2018 AFC U-23 Championship.

The playmaker followed that up with more influential displays as Vietnam finished fourth at the Asian Games and won the AFF Suzuki Cup that same year, before embarking on a dream run to the quarterfinals of AFC Asian Cup 2019.

Hai won the Vietnam Golden Ball in 2018 and was honored as the Best Player in Southeast Asia in 2019.

His emergence has coincided with Vietnam’s rise as one of the continent’s powerhouses as they became one of 12 teams to reach the final round of Asian qualifiers for the 2022 FIFA World Cup, although they have since been eliminated after picking up just three points from eight matches.

The midfielder is among the country’s current crop that is widely regarded as a golden generation.

However, none of this generation have been able to make waves abroad, with left-back Doan Van Hau failing to make a single appearance in his stint at Dutch league club SC Heerenveen, while forward Nguyen Cong Phuong played just one league game for Sint-Truiden during a loan spell in Belgium.