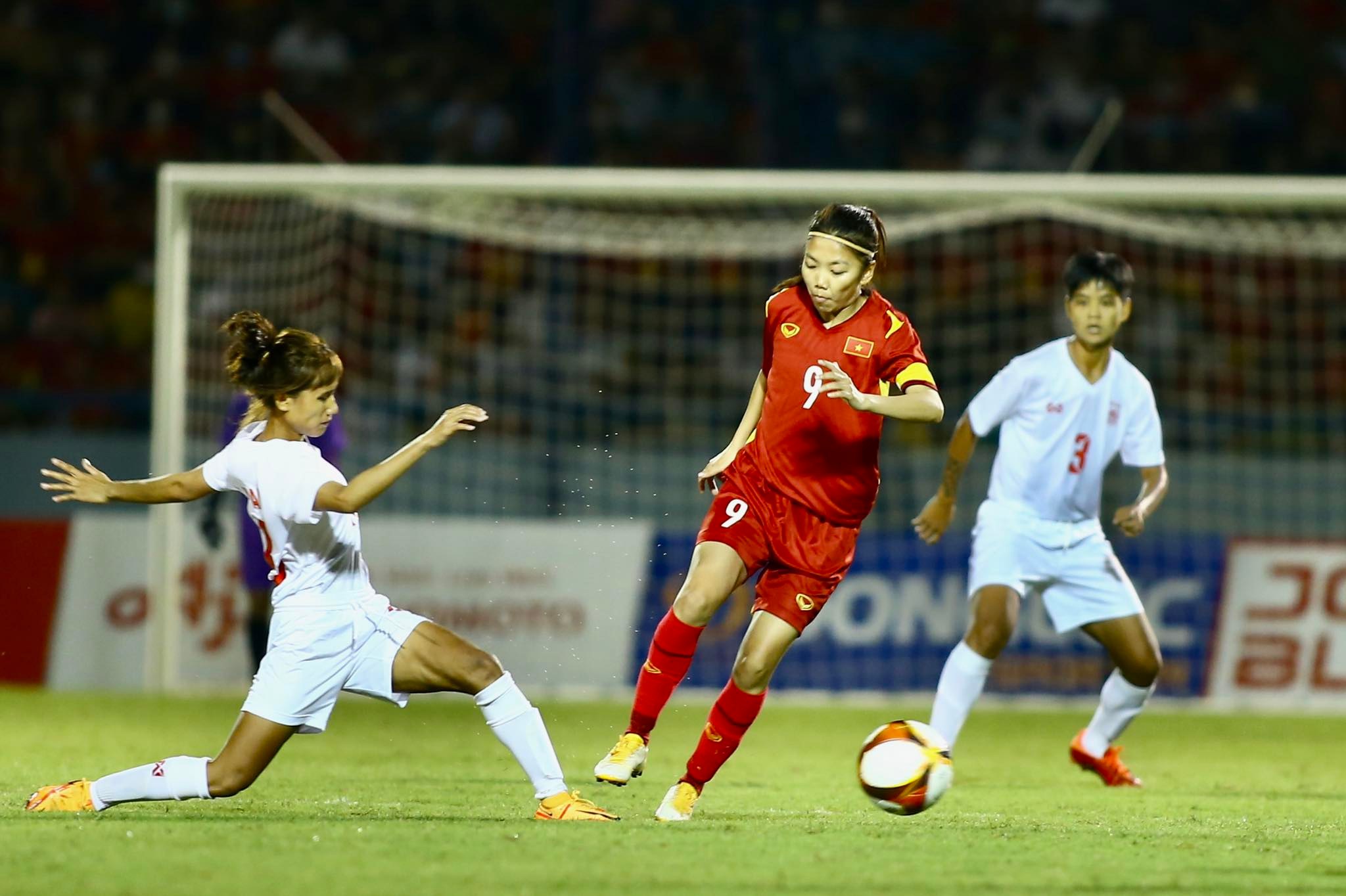 Vietnam have advanced to the women’s football final at the 31st Southeast Asian (SEA) Games by defeating Myanmar 1-0 at Cam Pha Stadium in northern Quang Ninh Province on Wednesday night.

The hosts consecutively won the gold medal in the 2019 and 2017 tourneys while Myanmar claimed the bronze medal in those two editions.

Wednesday’s game were much enlivened by the two teams’ excellence and 15,950 spectators at the stadium.

Pham Hai Yen had two chances to face Myanmarese goalkeeper May Zin Nwe, but both her finishes lacked power and accuracy.

The opener came for Vietnam in the 28th minute.

Following a free kick by Nguyen Thi Tuyet Dung on the left flank, Cu Thi Huynh Nhu scored with a back header though Zin Nwe managed to get her hands on the ball.

Vietnam continued dominating the game, but the score remained 1-0 until the break.

Both Zin Nwe and Vietnamese goalkeeper Tran Thi Kim Thanh had to work harder after the restart as Vietnam looked to extend the lead while Myanmar tried to find an equalizer.

However, no additional goals were scored until the referee blew the final whistle.

Vietnam will take on Thailand, who defeated the Philippines 3-0 in the other semifinal earlier on the same day, to protect their gold medal in the final, which is scheduled for Saturday night.

Meanwhile, the Philippines and Myanmar will compete for the third place earlier on that day.

The 31st SEA Games, which boast 526 categories in 40 sports, take place in Hanoi and 11 neighboring provinces and cities from May 12 to 23.