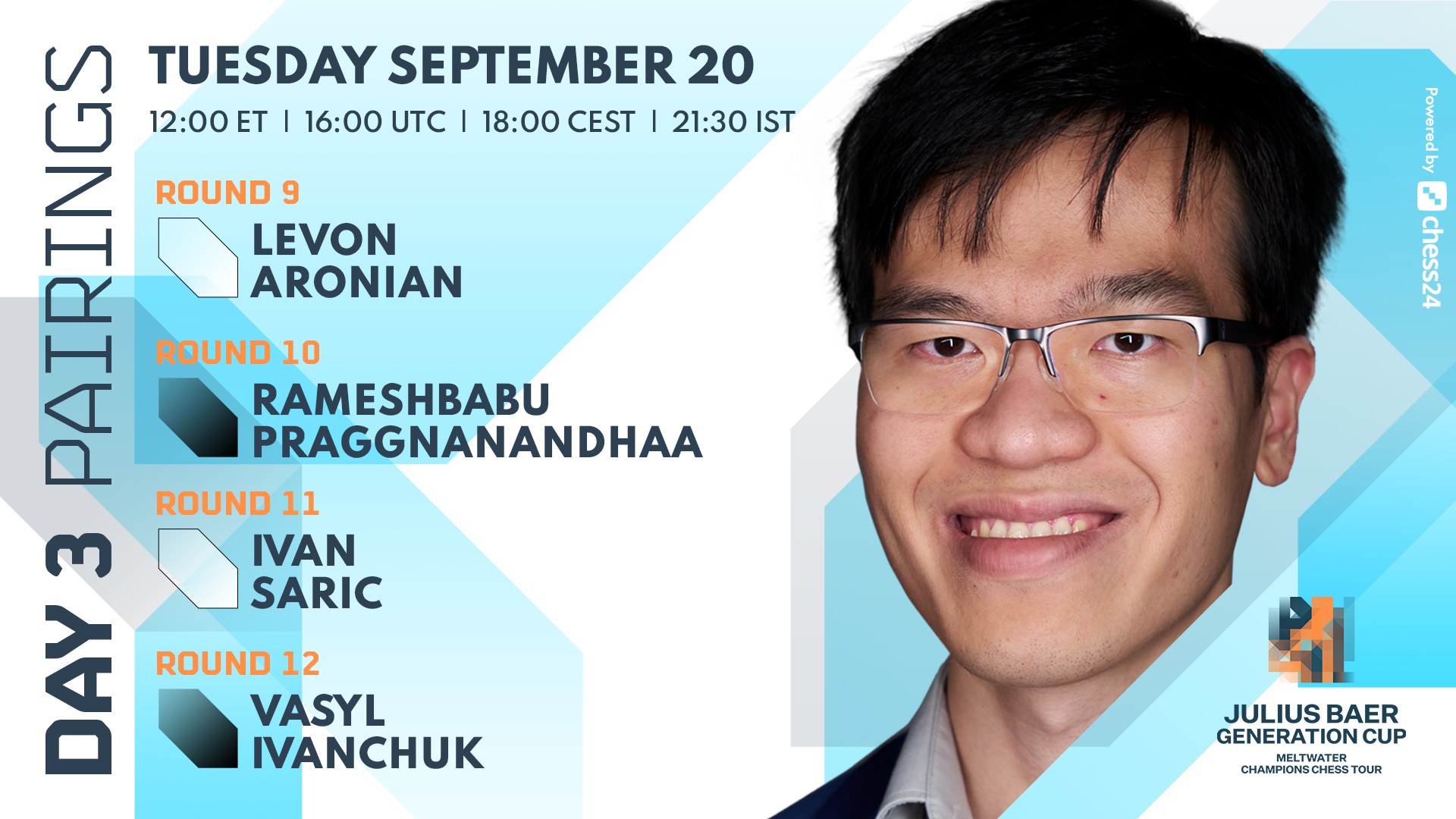 The Julius Baer Generation Cup is a tournament in the Champions Chess Tour 2022 with the participation of 16 players, including ‘chess king’ Magnus Carlsen, 2021 World Cup champion Jan-Krzysztof Duda, and former world No. 2 Levon Aronian.

Liem was ranked eighth in the rankings with 12 points after eight games of the first two days of the competition.

Experts had anticipated a great challenge for the Vietnamese chess star in Game 9 where he was set to take on 2014 world No. 2 and current world No. 8 Levon Aronian.

Thanks to the advantage of the white pawn, Liem actively carried out attacks and gradually dominated the game, while Aronian tried to hold him to a draw.

However, after 57 moves, Liem forced his American opponent to surrender.

The impressive performances contributed to Liem’s rise to third place in the rankings with 20 points, only five points less than first-placed Magnus Carlsen.

Liem stands a good chance of earning a slot in the quarterfinals.