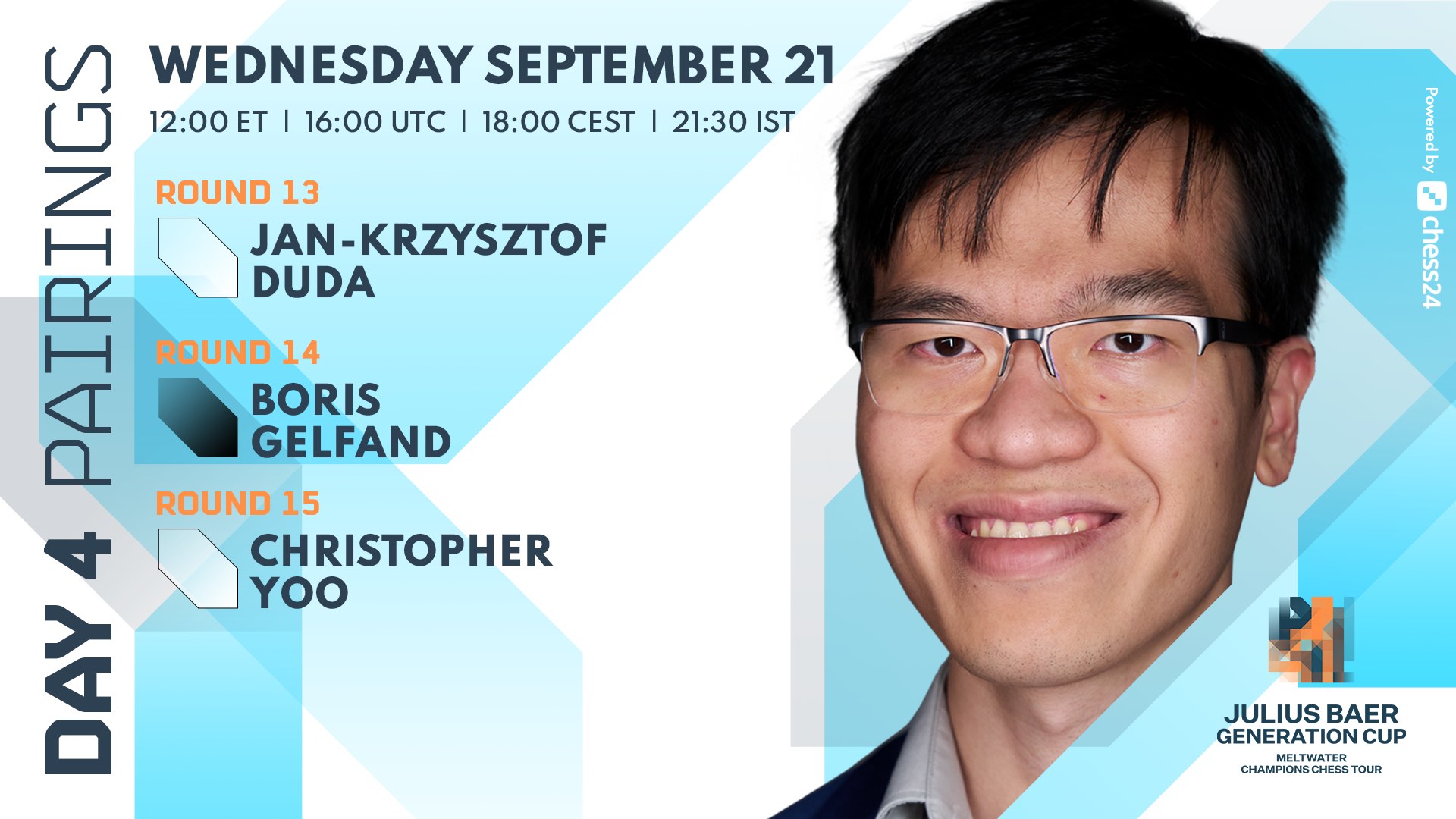 Vietnamese chess master Le Quang Liem has qualified for the quarterfinals of the Julius Baer Generation Cup 2022 despite two draws and one defeat on Thursday morning (Vietnam time) - the fourth day of the online tournament.

The Julius Baer Generation Cup is a tournament in the Champions Chess Tour 2022 with the participation of 16 players.

Liem placed third in the rankings with 20 points after 12 games of the first three days of the competition.

His Games 13 and 14 on Thursday ended in draws against World Cup champion Jan-Krzysztof Duda and Israel’s Boris Gelfand, respectively.

The Vietnamese chess player finished the round in sixth place with 22 points after 15 games, thereby securing a slot in the quarterfinals.

‘Chess king’ Magnus Carlsen is the round leader with 34 points.

Liem is set to compete against Hans Niemann from the U.S., who is ranked third, in the next game.