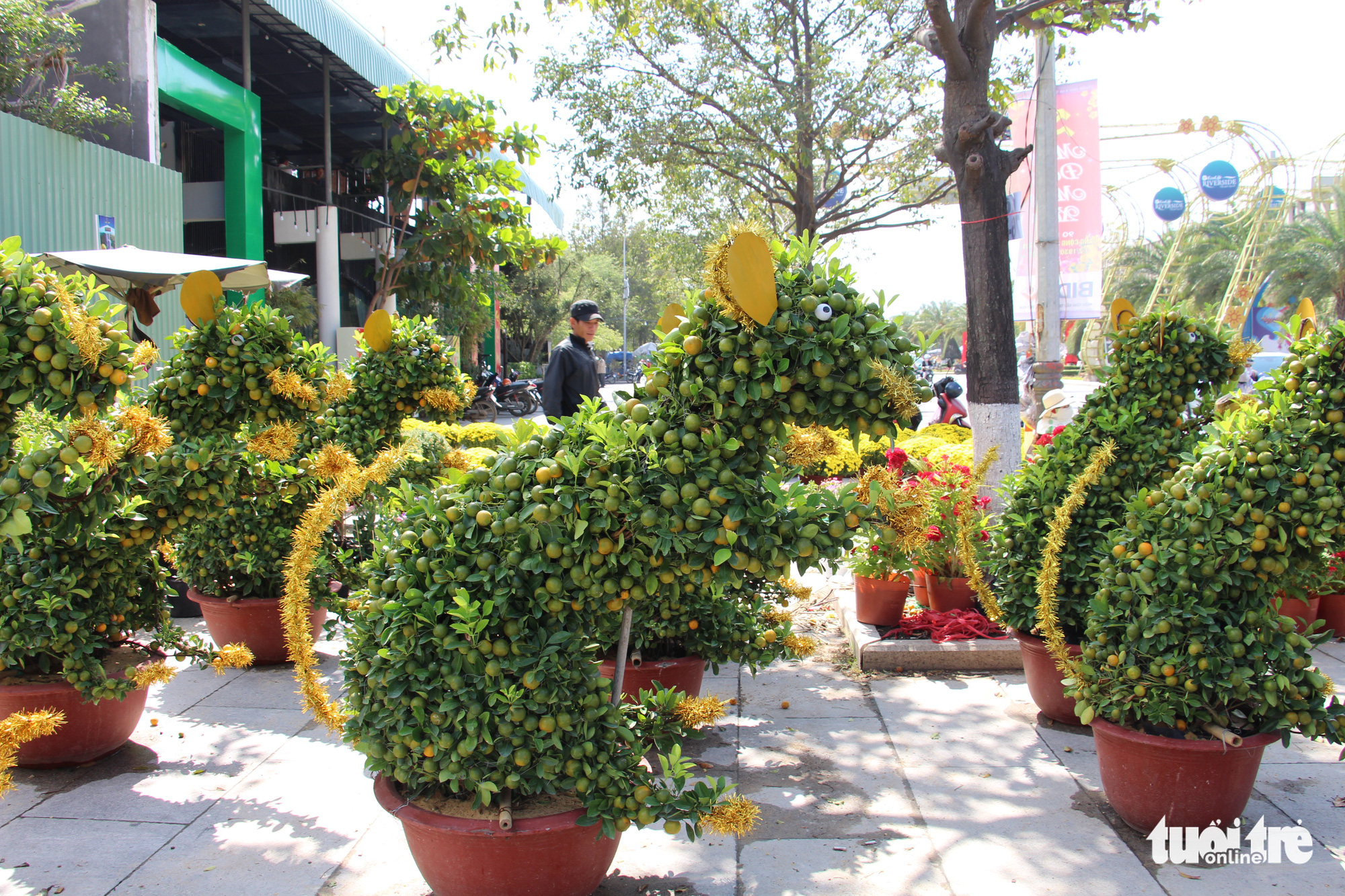 Kumquat bonsai trees shaped like rats - the zodiac animal of the upcoming 2020 Lunar New Year - are picking up among shoppers for Tet decorations in southern Vietnam.

It is less than one week away from the 2020 Lunar New Year, which will fall on January 25.

During this festive season, it is a tradition for Vietnamese families to put up ornamental plants outside and around their house to liven up the atmosphere while expressing a wish for good luck, happiness, and prosperity in the new year.

As the coming lunar year will be the Year of the Rat according to the Vietnamese zodiac, farmers in the south-central province of Binh Dinh have been shaping their kumquat bonsai trees to resemble the rodent in an effort to boost sales.

Along Nguyen Tat Thanh and An Duong Vuong Streets in Quy Nhon, the capital city of Binh Dinh, droves of such rat-shaped ornamental trees are put up for sale, fetching around VND5 million (US$215) apiece.

To create such masterpieces, farmers first bend steel wires into desired shapes before letting their kumquat trees grow onto the steel frames.

According to sellers, kumquat trees are believed to symbolize prosperity because they are always laden with fruits.

During Tet, it is believed that the more fruits there are on a kumquat tree inside a house, the more luck will come to the owner in the new year.