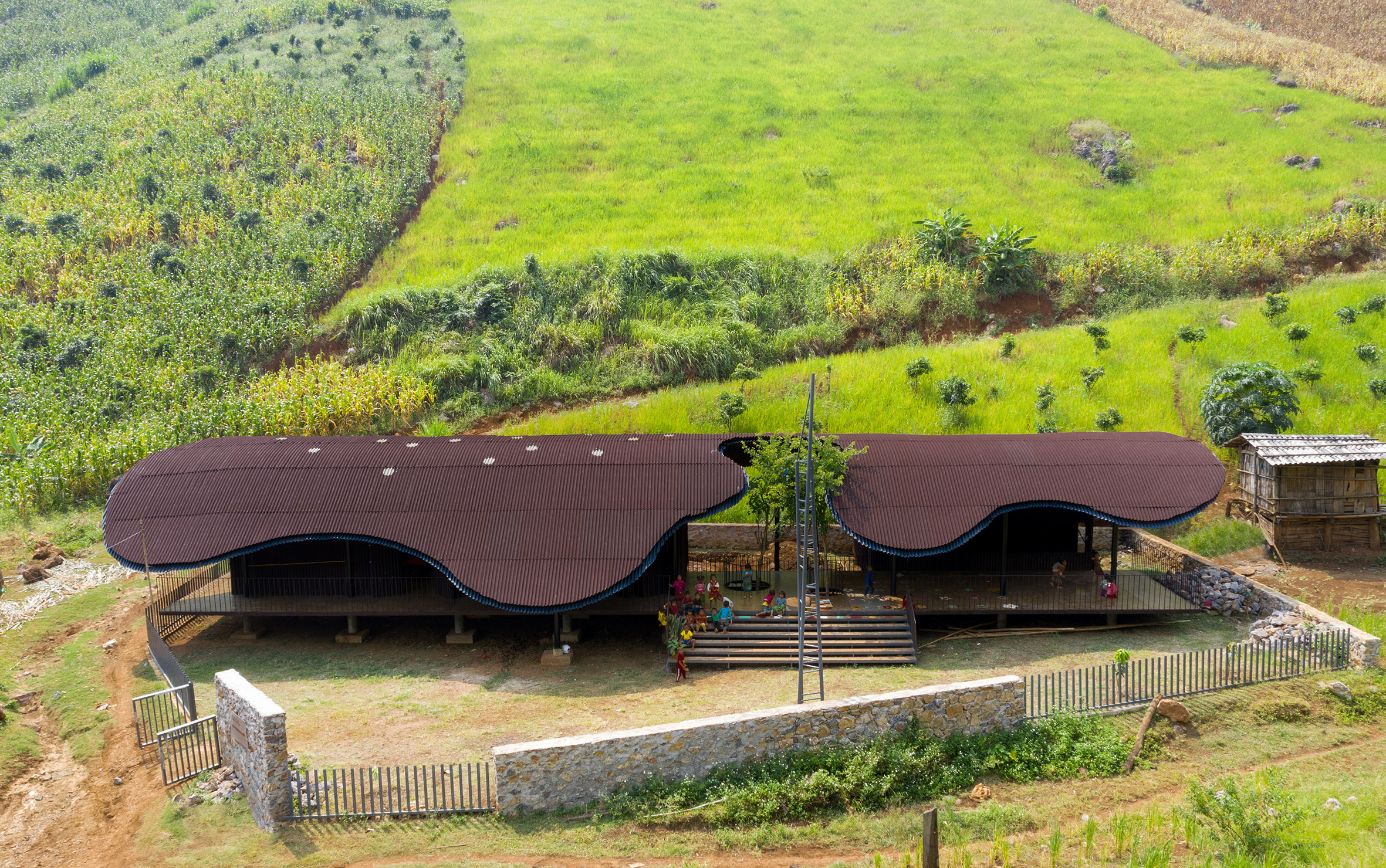 A preschool in the northern mountainous province of Son La has recently been listed among the world’s top ten new architecture projects.

The list, compiled by British daily newspaper The Guardian, was said to feature a top ten of hundreds of new architectural gems that have been published on architecture sites including Dezeen, ArchDaily, Designboom, Archinect, Domusweb, Archpaper, Architectural Review and Wallpaper* in the time of COVID-19.

“Making a virtue out of global lockdown, our critic takes a virtual tour of the world’s best new architecture projects — from a rural Vietnamese preschool to a Belgian folly and a synagogue in Paraguay,” award-winning architecture critic Rowan Moore introduced the list in his piece published on The Guardian on May 9.

In Rowan Moore’s writing, Vietnam was mentioned alongside Lebanon, Bangladesh and Paraguay among “a few things [that] stand out” despite these places not traditionally being seen as architectural powerhouses.

The architecture work which has put Vietnam on the list is the “charming and deft” Bo Mon Preschool in Tu Nang Commune in Son La Province.

“It’s a simple enough idea: a big distinctive roof that casts a big distinctive shadow that moves around during the course of the day,” The Guardian’s article described the work by Ho Chi Minh City-based architectural firm Kientruc O.

“So the shadow becomes an animated thing in its own right, not just the absence of sun,” it added.

The Vietnamese work was also praised for its curvy shapes which “might be said to have some harmony with the surrounding hills,” as well as its corrugated metal construction with some sensible-looking devices to ensure ventilation.

Beside the preschool in Vietnam, other new architecture projects picked by Rowan Moore included the Museum of Contemporary Art Helga de Alvear in Spain, Tainan Spring in Taiwan, Beyond Survival Safe Space in Bangladesh, Mac House in Spain, Alex’s guesthouse in Belgium, Stone Garden in Beirut, Emergency Scenery in Spain, UHP synagogue in Paraguay, and Fass school and teachers’ residence in Senegal.

Earlier on the architecture website ArchDaily, Kientruc O called its work “the idea of a connecting station.”

“Through the separation of the classrooms, teacher accommodation and supporting rooms over a common yard, a central layout is formed, making the courtyard as the heart where all activities happen,” the company explained its design.

“The courtyard is essentially a multi-functional open area under a shady awning where children play together,” it added.

“When school is in session, the yard is a place where siblings from the school next door gather to wait for each other before going home, an outdoor classroom, and a communal space for local festivals to take place throughout the year.”

The company’s architects also put effort into blending their work into nature.

“The soft shape of the roof creates a shady area that transits slowly from the wall to the floor as the sun changes its course, animating a present that connects the architecture with its natural context, where it sits among the indefinite mountains and hills, and where it blends itself between the cloud and the smog of a highland afternoon,” Kientruc O described on ArchDaily.

Below are some photos capturing Bo Mon Preschool published by Kientruc O on its website:

The web drama is centered around the palace life of Empress Dowager Tu Du, one of the most impactful female figures in Vietnamese history