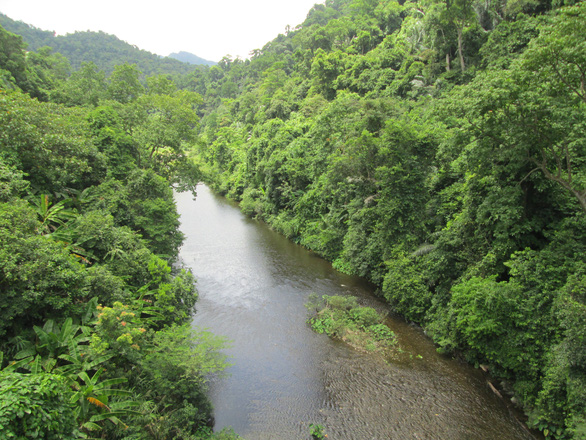 Dong Chau – Khe Nuoc Trong Biosphere Reserve is located in Quang Binh’s southwest region, sharing a boundary with Laos, with a tropical forest ecosystem at a height of 700 meters above sea level.

It covers an area of over 20,000 hectares with functional sub-zones for ecosystem protection and conservation, administration and service.

There are 987 species and 539 genera belonging to 141 families in five branches of vascular plants, including 54 rare plant species listed in the 2007 Vietnam Red Book and the 2009 IUCN Red Book, in the reserve.

In addition, it is also home to 241 vertebrate species belonging to 77 families and 21 orders, 76 mammal species, 161 bird species, and 61 reptile and amphibian species.

In Vietnam, Dong Chau – Khe Nuoc Trong’s variety of species is second only after Phong Nha – Ke Bang, which covers 123,000 hectares in the same province.

The establishment of the national reserve aims to preserve biodiversity and natural values, protect and develop rare endemic flora and fauna species, enhance the watershed protection function, and minimize flooding.

The nature reserve will be put into official operation on September 21.

It is one of the most valuable areas for biodiversity, preserving the outstanding and unique features of the Truong Son Range in central Vietnam.

The forest has been studied by many international conservation organizations.