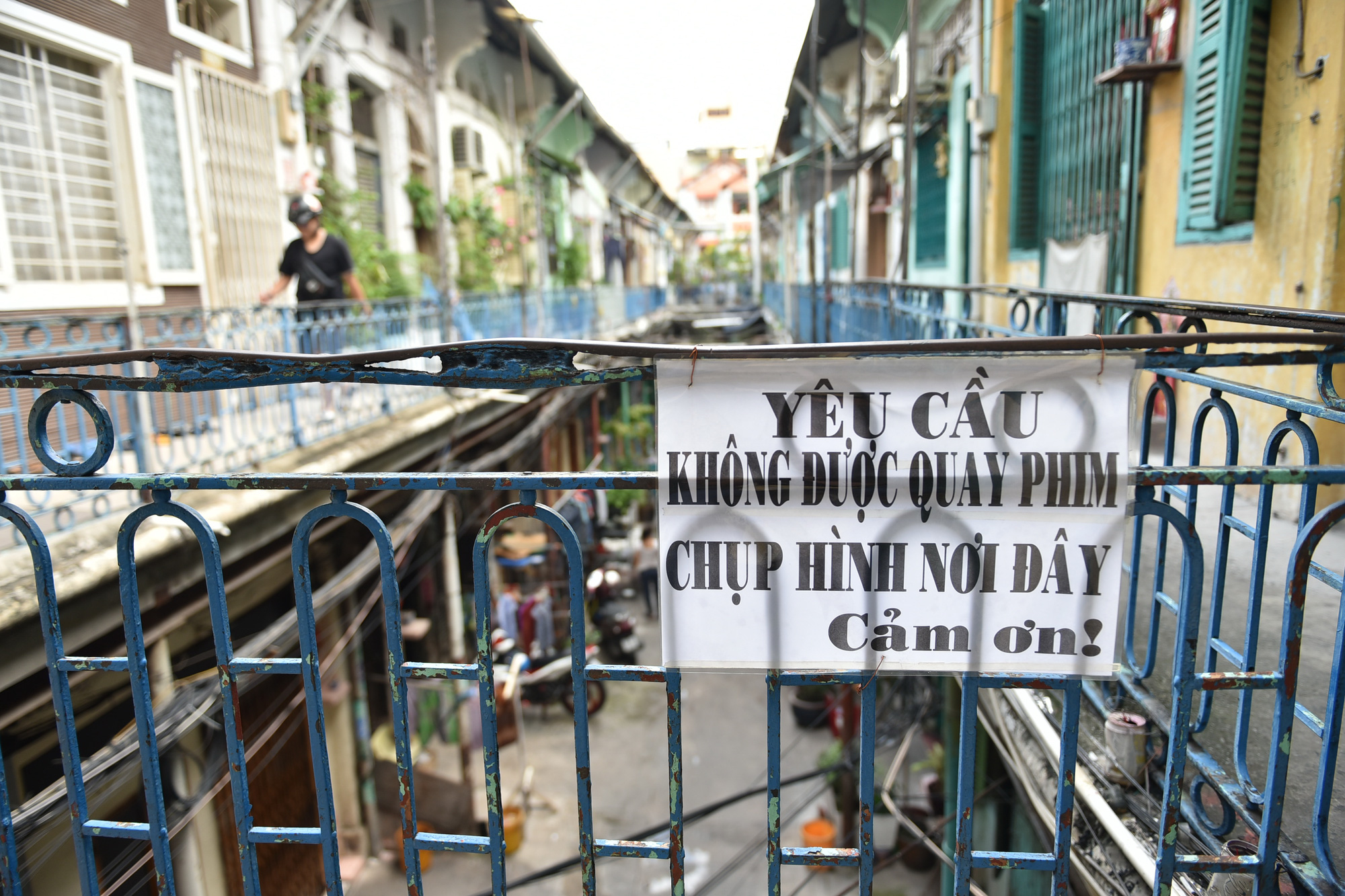 The residents of a famous century-old alley in Ho Chi Minh City have begun turning away visitors to the neighborhood who merely seek to snap photos.

Hao Si Phuong Alley in District 5, one of the city’s oldest alleyways, is home to a thriving community of Chinese-Vietnamese residents who have lived in its two-story residential blocks for more than a century.

In recent years, however, the neighborhood’s peaceful vibe has fallen by the wayside as local and foreign tourists have begun snapping selfies afront the alley’s unique Chinese architecture.

The alley has even become popular amongst couples looking for a quirky backdrop to shoot their pre-wedding photos.

Unfortunately, the alley’s residents are not too thrilled by its popularity.

Lately, visitors have been met with disapproving looks by locals and signs banning photography.

One staircase leading to the residential blocks’ second story even hosts a sign that reads, "Please don’t record videos or take photos here. Thank you!”

According to residents, the problems arose when visitors began taking photos in risqué outfits while making inappropriate poses in front of local households.

Things only spiraled out of control when film production crews from around the country started choosing it as a spot to film various scenes.

Unfortunately, stories like this are not uncommon in Vietnam.

In Da Lat — the capital city of Lam Dong Province and one of the Central Highlands’ major tourist hubs — the Da Lat Children’s House has closed its doors to visitors since 2018 to avoid the unwanted consequences of their photography, such as littering and damage to the facility.

The owners of a flower field spanning more than four hectares in Xuan Hai Commune, located in Ninh Hai District of the south-central province of Ninh Thuan, also turned their backs on visitors only four days after opening. Many flower beds had been trampled by the visitors.

Likewise, authorities in Da Lat had to put up a warning sign banning photography at the Nha Bo slope on Dao Duy Tu Street after visitors began causing traffic congestion while taking photos at the site.

Many other hot spots across Vietnam have also suffered from similar unchecked tourism trends.