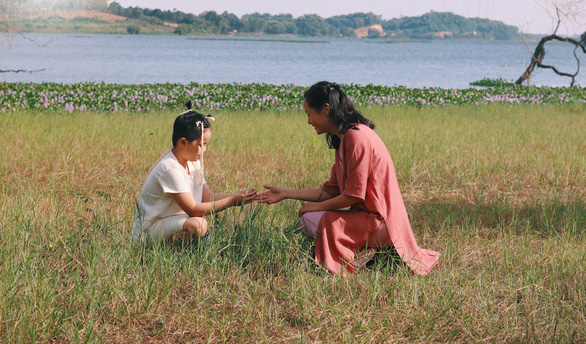 Among the 26 shortlisters are ‘Memento Mori: Water,’ produced by Nguyen Hoang Diep, Nguyen Trinh Hoan and directed by Vu.

It is the second piece in the ‘Memento Mori the Movie’ trilogy, an adaptation of Dang Hoang Giang’s 2018 hit nonfiction book ‘Diem Den Cua Cuoc Doi’ (The Destination of Life).

Through the story of Ha, a mother who accompanies her son Nam’s journey to battle bone cancer, 'Memento Mori: Water' delves into the heavy subject of near-death experience through the lens of empathy, humanity, sharing, and enlightenment.

The casting process for ‘Memento Mori: Water’ has been completed in 2019, while filming is anticipated to start in 2022 and the official launch slated for one year later.

The first volume of the trilogy -- 'Memento Mori: Earth' -- is still being crowdfunded for its post-production and is expected to be released next year.

“It is an honor for us to be included in the Busan International Film Festival this year, as this marked the first major recognition for our project,” he stated.

“All independent filmmakers in Asia want to be chosen for APM in their first production phases, as it is an apt opportunity that supports and motivates them to complete their films.”

The milestone proves even more meaningful for Vu due to the countless struggles that his production crew and other filmmakers in Vietnam are facing in the current COVID-19 slump.

Also coming to APM 2021 is ‘If Wood Could Cry, It Would Cry Blood,’ the debut feature of director Nguyen Phan Linh Dan, whose portfolio includes the director of photography role in BIFF 2019 participant ‘Bi Mat Cua Gio’ (The Secret of the Wind) as well as directing work for various commercials and music videos.

Film directors will have to pitch their movies to a panel of international producers and investors in order to win their cash prizes.