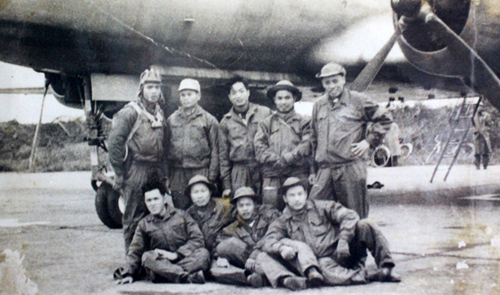 Airdropping supplies during a dangerous mission in Hue

One of the first missions of the commando force, formerly known as “parachuting brigade 305,” was to airdrop supplies of food and ammunition to soldiers of two battalions under siege inside Hue citadel in 1968.

Part 1: The first and only paratroop unit of the Vietnam armyPart 2: Vietnam paratroops train in China, work in LaosPart 3: Paratroop unit defends the sky of Vietnam Part 4: Airdropping supplies during a dangerous mission in Hue

It was the first raid of the general offensive of the Vietnamese army during the Operation Mau Than (Year of Monkey) Spring, recalled 81-year-old colonel Duong Tuan Kiet.

“Two of our battalions were under siege in Hue inner citadel and Mang Ca military post. They were desperately hungry. No food left. We had to give them supplies at any cost,” Kiet recalled the orders given by Dang Tinh, political commissar of the Vietnam’s air force.

The squadron carrying supplies had to fly from Hanoi to Thanh Hoa at the slow speed of 260kph and turn right toward Sepon, Laos before crossing back to Hue to parachute supplies.

“We realized danger was awaiting us but as soldiers, we had to follow the instructions of our superiors,” Kiet added.

The first flight carrying supplies departed from Hanoi at 6:00pm on February 7 in 1968 with two paratroopers and a crew of five pilots aboard. The crew included a main pilot, an assistant pilot, and three officers in charge of mechanics, information, and navigation.

Approaching the Hue citadel, the Li-2 plane flew in zigzags as directed by navigators on the ground. It began descending to 250m altitude to begin dropping supplies. The target for supplies was marked by three flames and strips of white cloth forming a triangle on the ground, Kiet remembers.

To airdrop food and rice, the aircraft descended just 30-40m above the rooves of houses although “it was very dangerous and there was a chance we might crash into high buildings and antenna posts,” he said.

Since they had to carry enough fuel for such a long flight, each Li-2 could only carry a ton of supplies. Paratroopers had less than an hour to parachute all of the goods in order to avoid enemy attacks.

“At the time, the bodies of the planes were covered by a special Russian-made canvas to prevent it from burning into flames if shot.

“It was a hard and adventurous job, but we couldn’t give up and let our comrades die of hunger,” Kiet said.

A safe flight could only return to Hanoi at 2:00am.

After receiving supplies by several flights, the two battalions were able to escape the enemy siege in Hue.

A fatal accident occured in February of 1968 when a flight of the commando unit crashed, killing the entire crew of seven. The tragedy happened during a parachuting operation to assist combat troops in Vay Village in Khe Sanh, Quang Tri Province in the central region.

A squadron of four transport IL-14 and Li-2 aircrafts was mobilized for the mission. The Li-2 plane led the squadron to bomb and clear the way for the three IL-14 aircrafts which followed 16 minutes behind. Each IL-14 was operated by a crew of five and carried 124 battle-hardened commandos who would parachute to the battlefields in Vay.

The leading Li-2 crashed after bombing, but cleared the way for successfully parachuting commandos from the three IL-14s.

“The crew of seven completed their mission,” said Truong Thanh Phu, a commando of the unit.

Phu added that, “The belongings of the seven soldiers were taken by their superiors before their flight because authorities realized that the crew might die during the mission, but it was a task that had to be done.”