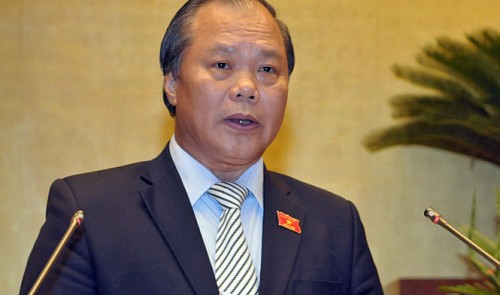 Many people have warned that a draft regulation that does not recognize sex reassignment may violate human rights provided for in Vietnam’s Constitution, said a senior law official. Chairman of the National Assembly Law Committee Phan Trung Ly made the statement when delivering a report on the amendments to the current Civil Code in a recent meeting.     The draft content of Item 2 of Article 36 of the code reads: “The State does not recognize sex reassignment. Individuals who have already had transsexual surgery have the right to ask State competent agencies to make changes to their civil status and have other personal rights.”   The first and second parts of this regulation contradict each other, as the regulation says the State does not recognize sex reassignment, but still lets transsexuals have the right to request a change to their civil status, Ly said. “Many have said that whether sex reassignment is recognized or not should be considered carefully, for the non-recognition of reassignment may violate human rights stipulated in the Constitution,” Ly said. “Through discussion, most members of the Law Committee agreed that sex reassignment is a human right, and it should be recorded in the law. Sex reassignment is not simply related to the civil status of a person but it also gives rise to many relevant social issues such as health, insurance, marriage, family and social security.   In order to ensure prudence and reason, the committee suggested that sex reassignment should be affirmed as a human right, which must be enforced under relevant regulations, Ly said. Based on this, the NA should assign competent agencies to study the issue and make a proposal to the NA so that the legislature can decide on it by promulgating a legal document, Ly said.  Agreeing with Ly, deputy head of the Party Central Committee's Internal Affairs Commission Nguyen Doan Khanh said this issue must be re-considered carefully before any decision is reached. Khanh pointed out that the Law on Marriage and Family does not recognize same-sex marriage, so if sex reassignment is now recognized, this will lead to many complex judicial issues.    “For example, if in a normal family, the wife suddenly wants to have a sex reassignment, then what would the marital relation of that person and her husband become?” On the other hand, a legal framework must be created for medical activities related to sex reassignment, Khanh underscored.