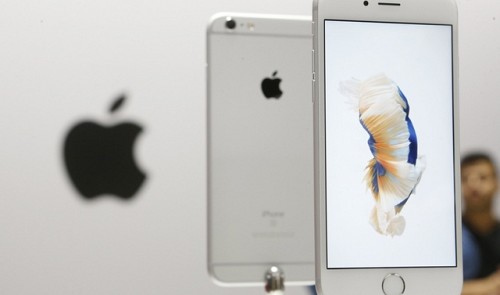 Would you pay for someone else to get in line for you, or would you accept less than US$100 just to queue for almost a day to buy the new iPhone smartphones on behalf of others?

With the launch of Apple’s flagship iPhone 6S and iPhone 6S Plus drawing near, some Vietnamese phone traders are seeking people who are willing to queue up overnight to buy the devices in Singapore.

Vietnam is not among the countries where the smartphones will be officially available for purchase this Friday, September 25.

But just like the previous iPhone versions, Vietnamese phone traders would try to buy as many handsets as possible in such nearby markets as Singapore and Hong Kong to bring home and resell for hefty profits.

Those Vietnamese who are paid to get in line before Apple stores in the city-state will receive VND2 million (roughly $90) each, regardless of whether they could buy the iPhone 6S and iPhone 6S Plus or not, according to ads posted on Facebook.

Cash-rich consumers in Vietnam always want to be among the first to own the new iPhones, and are thus willing to do anything that could help satisfy their desire, which gives rise to the paid-to-queue service.

Simple as it may sound, waiting in line to get the iPhones may really worth the $90 compensation.

People are expected to queue nearly a day in advance, and stand in the queue throughout the night, to be able to buy the smartphones. Each buyer is allowed to purchase two handsets as per Apple policy.

The devices will be immediately transferred to Vietnam for delivery to their real owners at much higher prices than those quoted by Apple stores in Singapore.

Many mobile phone stores in Hanoi and Ho Chi Minh City have sent employees to Singapore to await the September 25 launch, Quoc Tuan, a trader in the capital city, revealed.

Vietnamese traders prefer sourcing the new iPhones from Singapore, instead of Hong Kong, as there are many Vietnamese in the city-state and they “will not have to compete with Chinese traders,” Tuan told newswire VnExpress.

Consumers in Singapore have also been allowed to place pre-orders for the iPhone 6S and iPhone 6S Plus, with delivery also slated for Friday.

Vietnamese nationals who live and work in Singapore are also encouraged to resell their phones immediately after delivery to their compatriot phone traders to earn a VND3-5 million ($134-223) price disparity, according to VnExpress.

An iPhone 6S is available in Singapore at a starting price of $737 and iPhone 6S Plus, from $856, according to the Apple website.

In Vietnam, the unofficially distributed products will cost no less than VND20 million ($893), and even up to VND30 million ($1,339) for those who want to get them immediately after the Singapore launch, according to traders.

Apple officially took the wraps off its biggest money maker on September 9. The new 6S and 6S Plus have the same size as the previous versions, 4.7 inches and 5.5 inches, respectively, but come with a better camera, faster chips, new colors and the force-sensitive 3D Touch, according to Reuters.

In September last year, many Vietnamese consumers were also willing to pay $1,550-3,300 for the iPhone 6 and iPhone 6 Plus taken from Singapore, months before its official launch in Vietnam.