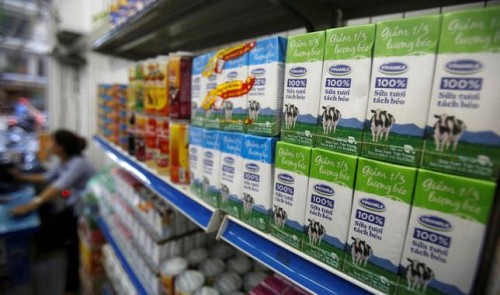 Vietnam has invited about half a dozen foreign investment banks to advise it on selling its stake in dairy producer Vinamilk, sources said, in one of the strongest signs yet of the government getting serious about offloading its most lucrative assets.

The people were not authorized to speak to the media.

It intends to sell roughly 10 percent, worth about $900 million at the current market price, then offload the rest incrementally, the sources said.

A river bus pilot program is expected to last one month

Vinh won silver in the men’s 50m pistol event at the Rio Olympics, but failed at the Southeast Asian competition

A series of violations have been detected at two major resorts in central Vietnam, exposing the responsibility of the project developer and local authorities