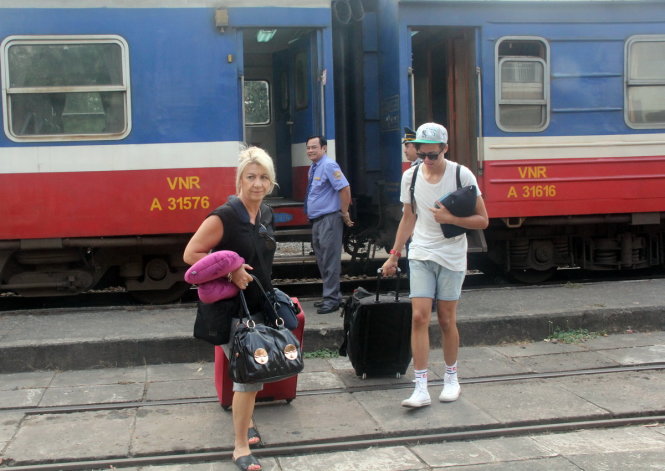 Despite Vietnam Railways, the operator of the country’s north-to-south train system, introducing modern train cars to its fleet and cutting travel times, passengers are still taking to the skies, especially during periods of high travel demand.

Meanwhile, price seems to be the biggest obstacle for local railway companies who say they are forced to keep ticket prices high in order to cover the cost of exorbitant service fees.

In 2015, Saigon Railways, a Vietnam Railways subsidiary, reported VND1,811 billion (US$79.78 million) in revenue. However, the company had to repay its parent firm more than VND1,105 billion ($48.68 million), or 61 percent of its earnings, to cover “transportation, operations and infrastructure fees.”

The remaining 39 percent was directed towards employee salaries and maintenance on trains and stations.

The situation has continued to decline since 2016, when passengers began turning their back on train travel in favor of low-cost air carriers.  As Saigon Railways’ revenue shrank to VND1,515 billion ($62.33 million) 63.7 percent was paid to Vietnam Railways.

The huge fees owed to Vietnam Railways led to rising operational costs and prevented Saigon Railways from cutting its ticket prices, according to a company representative.

The biggest paradox is that Saigon Railways directly runs the trains but doesn’t hold the right to manage production costs or adjust ticket prices, the representative concluded.

Even Luong Quoc Viet, a Vietnam Railways inspector, admitted that the current fee scheme imposed by the Vietnam Railways only benefits the parent firm while placing a heavy burden on those under its umbrella.

“The fees are not in line with market forces and are based on no scientific grounds,” he said.

Industry insiders suggest that the service fees be managed by an independent entity, such as the Vietnam Railway Authority, to ensure fairness.

I separately asked Yung and Jenny during their recent visits to their ancestral homeland, “Does coming here make you feel more Vietnamese or less Vietnamese?”