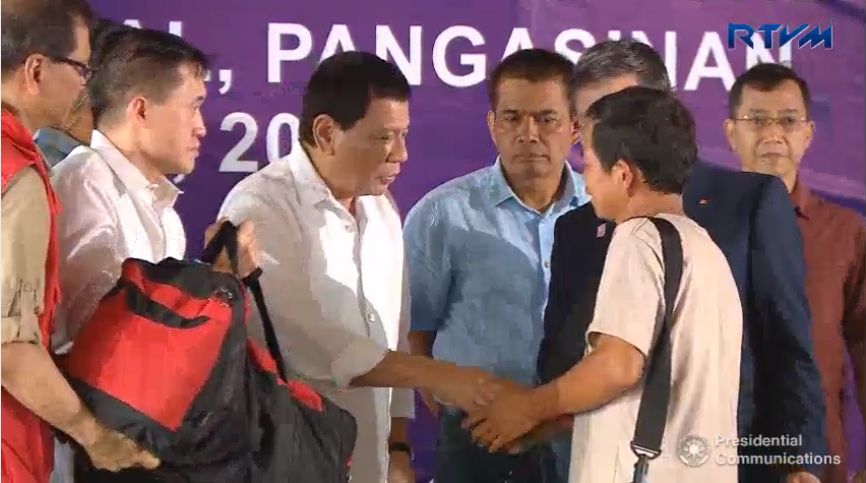 Philippine President Rodrigo Duterte on Wednesday attended a ceremony to repatriate five Vietnamese fishermen who had been arrested by Philippine authorities in September for fishing in the country’s waters.

The ceremonial send-off was held at the port of Sual in Pangasinan Province and joined by representatives of the Philippine government and provincial administration, according to the Embassy of Vietnam in the Philippines, which co-organized the event.

The fishermen were arrested in September after Philippine authorities spotted their boat operating in the sea area off Pangasinan from 8:30 pm on September 22 to 1:00 am the following day.

Their boat, the PY 96173 TS, was pursued by Filipino coast guards, who eventually opened fire after the Vietnamese vessel rammed the coast guard’s boat.

Two Vietnamese fishermen were killed in the scuffle and had their bodies repatriated on October 7.

Speaking at Wednesday’s ceremony, President Duterte cited the humanitarian spirit and friendly bilateral relations between Vietnam and the Philippines as the reason for Manila's willingness to repatriate the fishermen at the request of Vietnamese leaders.

Vietnamese Ambassador to the Philippines Ly Quoc Tuan thanked President Duterte, the government of the Philippines, and other relevant agencies for providing the support necessary to repatriate the Vietnamese nationals.

At 5:30 pm on Wednesday, the fishermen boarded their ship and were tugged to international waters by the Philippine coast guard to commence their journey home.