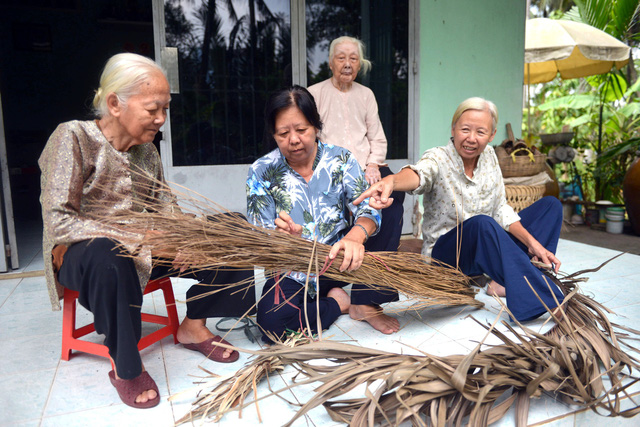 ​Vietnamese love for parents: it’s filial affection, but not duty

Despite the availability of nursing homes and daycare services, many Vietnamese take their parents under their wings

Vietnamese culture has long promoted a profound affection for parents, with children taught to respect and love them from the bottom of their hearts. To many, it is not a filial duty, but rather an unbreakable bond.

As the world develops technologically and economically, people tend to become detached from their loved ones as they age, burying themselves in work in the race for higher incomes.

In individualistic cultures, the elderly often end up in nursing homes, away from children and their offspring.

Vietnamese tradition, on the other hand, encourages the collectivist notion of a loving family, putting familial ties at the core of social prosperity.

Parents are, therefore, cherished, as the saying goes, ‘An old-timer in the home is a treasure chest.’

There are currently only 1-3 nursing homes in every province of the Southeast Asian country.

According to the General Office for Population-Family Planning, people aged 60 and over take up only 10 percent of the country’s population.

Giang Thanh Long, director of the Institute of Public Policy and Management, National Economics University, notes that the number of parents living together with their children has gone down, from 80 percent in 1993 to 47 percent in 2014.

But he stressed this fact: they stay close for better mutual support.

Here and there in the hustling metropolis, vivid stories of filial love abound.

It is not just her mother, however, there is also her ailing aunt, 80, and elder sister, now over 60 and suffering from brain damage.

“I once dreamed of becoming a linguist, but fate had it that I went for biology instead,” Cuc says.

But even the latter never came true, as her life was hit hard following her father’s death and the accident causing her sister to become brain-damaged.

For the last 40 years, the old woman has been tied to her home, tending to the needs of the three elderly women.

Her only means of income is a modest vegetable garden.

Money, nonetheless, is not a major cause for concern. What counts is providing for the elderly’s spiritual health.

“They often lose their appetite, but they’d love to talk,” Cuc adds.

During their daily meals, her mother and aunt barely pick at their food.

On a bad day, they will not even lift their spoon.

“Then I have to calm them down with my kindest words. They only eat once they’re feeling happy,” the 60-year-old daughter laughs.

Commenting on her choices, Cuc says that there is no reason she should not be paying back the whole-hearted parenting she received from her mother, aunt and sister.

She draws a line at the term ‘filial piety,’ a Confucian virtue of respect for one's parents, elders, and ancestors.

“I did not sacrifice my married life. Tying the knot is destiny, but tending to parents is the proper thing to do. It is no sacrifice, but joy,” according to Cuc,

Nguyen Hong Son, in suburban Binh Chanh District, Ho Chi Minh City, does not take care of his mother like Cuc, but her 80-year-old grandma. He is now 21.

Son stands out as he has been supportive of his grandmother since he was five.

He was born to a mentally ill mother, who is now hospitalized in Binh Duong Province, and was deserted by his father.

He was raised alone by his grandmother.

The two live in a cramped government-funded house.

The grandchild will finish all the housework and get meals ready for his only housemate before going on a 20km ride to school.

He even helps her out with daily cleaning and baths.

Living on such a tight budget, Son has taken up a part-time job at a nearby café.

And he has never forsaken his mother. He yearns to have his mother back in his home, but neighbors have been talking him out of his intention on rational grounds.

“He is too busy caring for his grandma and eking out a living,” Pham Van Vuong, a neighbor, says.

“We’ve been telling him to wait until he’s got a stable income. For now he should just leave his mom at the hospital. Last year, she got lost and the poor boy had to run up and down to find her.”

Son will graduate from a TV and broadcast junior college in Ho Chi Minh City next year.

Strongly determined to “bring mom home,” he hopes to land a decent job.

“I want to make up for her lonely days,” he says.