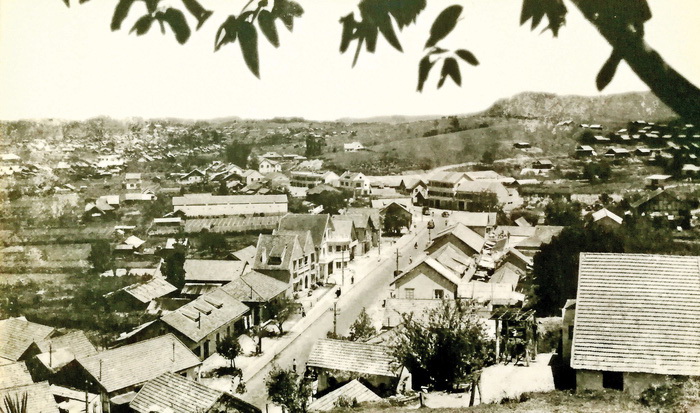 Da Lat is an idyllic resort town and capital of Lam Dong Province in the Central Highlands.

Within the first half of the 20th century, the French had built Da Lat into a ‘romantic French town’ on the Lang Biang Plateau with hallmark European-style villas.

Throughout geo-political conflicts and financial downturns, including two world wars and global economic recession, Da Lat endured as France’s capital of Indochina, often garnering favors from the government and playing a key role in development policies.

Following his abdication in 1945, the former King Bao Dai (1913-1997), the Nguyen Dynasty’s and the country’s last monarch, ruled the town for a short period of time.

Heart of the regal realm

King Bao Dai was sent back to Vietnam by the French government in 1949, four years after his abdication, to serve as the chief of the State of Vietnam.

One year later, he released an edict, mandating that Da Lat would be the capital of his Hoang Trieu Cuong Tho (Domaine de la Couronne-Regal Domain), comprised of five Central Highlands provinces, including Lam Dong.

Each of Bao Dai’s decisions was approved by the French Resident Superior in central Vietnam.

In October 1955, after winning a heavily rigged referendum, he deposed Bao Dai and became the president of the first Republic of Vietnam, a state he established himself.

In the end, Hoang Trieu Cuong Tho lasted a mere four years and 11 days.

Tranh himself lived through the Hoang Trieu Cuong Tho era and has dedicated over 30 years to research on Da Lat.

Outstanding students in the city were granted the privilege of attending Bao Dai’s longevity cerebrations and receiving gifts presented at the palace by the king himself.

Tranh recalls life under Bao Dai as orderly and idyllic, particularly as anyone wishing to visit the town was expected to seek permission from the Public Security Department under the Head of State Office in Hanoi and Saigon (known now as Ho Chi Minh City).

“The laws in Da Lat were quite different and stringent compared to the overall legal system,” Tranh noted.

Thefts and robberies were only occasional incidences, while panhandling and violence were also kept to a minimum. Public gambling and drinking were also extremely rare, Thanh shared.

Streets and public areas in the city were kept spotless and the beauty of the city was maintained by local residents, including vendors at Da Lat Market who gave their stalls and the surroundings a thorough cleaning around 4:00 pm every day.

He added that residents were required to adhere to common construction patterns on designated streets and construction permits were hard to come by during the Hoang Trieu Cuong Tho period.

Residents had to seek consent from local authorities regarding details as small as the shape or paint colors of their fences.

Migrants of Kinh descent, who make up the majority of Vietnamese population, encountered immense difficulty settling down in the localities as the Hoang Trieu Cuong Tho administration focused on fostering the welfare of ethnic minority communities and current Kinh inhabitants.

As with life under the French rule, felling trees to build houses in forests or even picking flowers on the streets was strictly prohibited.

In mid-2014, Prime Minister Nguyen Tan Dung approved a zoning adjustment project for Da Lat City until 2030 with a vision toward 2050.

The future Da Lat will cover an area nearly 10 times the current size.

The zoning plan was determined by identifying lands with optimal soil conditions, climate, and grounds to foster economic growth.

The project will be carried out by architect Thierry Huau and his French associates under strict supervision from competent Vietnamese agencies.

Speaking with Tuoi Tre, Huau stressed the importance of erecting a ‘heritage axis’ in the existing and prospective Da Lat to best preserve its relics.