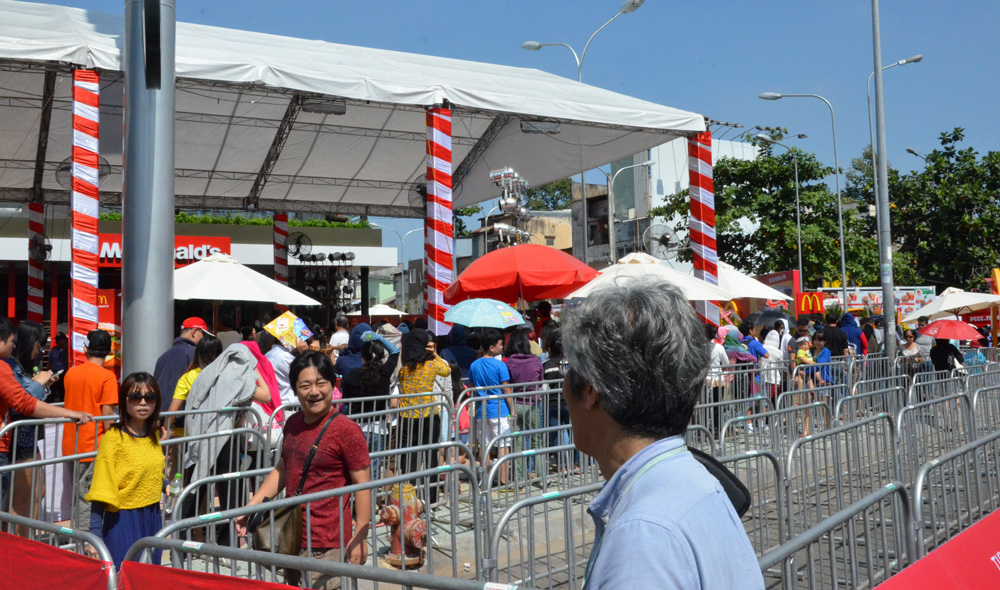 Hundreds of people queued at the McDonald's first store in Vietnam at its opening ceremony on January 8.

Most of them were young Vietnamese or families with children. Vietnam is the 38th country in Asia in which the US giant fast food company operates.

“I heard about this outlet via Facebook so my young sister and I came for the sake of satisfying our curiosity” – said 24-year-old Nguyen Bao Ly.

“But the food here tastes better than other fast-food brands that I’ve tried” – she concluded.

The first Vietnamese outlet, located on Dien Bien Phu Street in HCMC’s District 1, also attracted US citizens who are working or on vacation in the country.

“I’m excited to see the grand opening of McDonald’s in Vietnam. I feel excited for both Vietnam and McDonald’s” – US tourist mark Mallo, who has been in Vietnam for three weeks, told Tuoi Tre News.

“It reminds me home” – said Jersey, who teaches math at an international school in Ho Chi Minh City while he was eating a Big Mac together with his local friends inside the outlet.

Foreign fast-food and coffee brands are popular among the young and middle-class population. US-based Starbucks, Burger King, KFC, Philippines-based Jollibee, South Korea's Lotteria all have their presence in Vietnam.