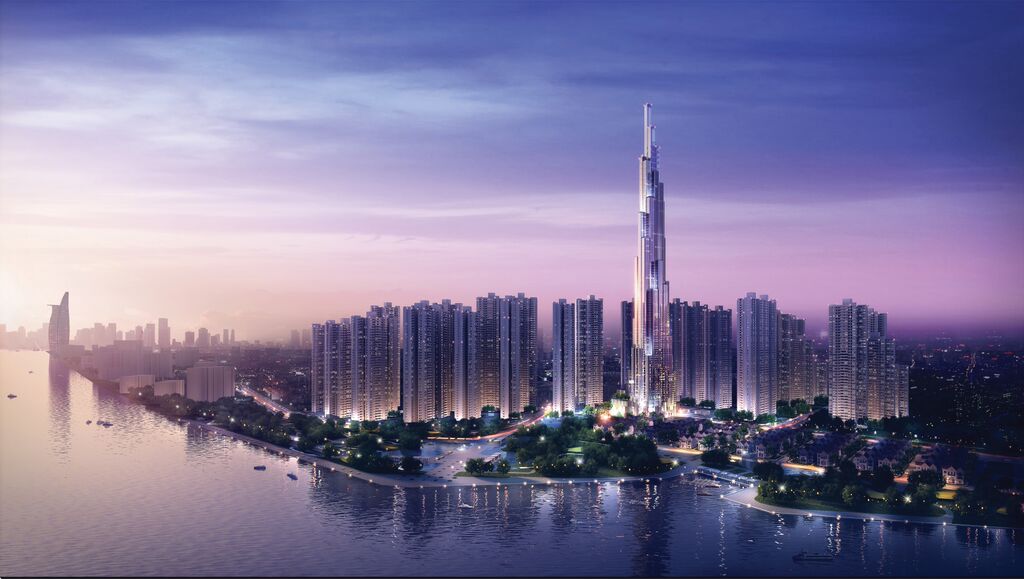 Advertorial -- Vietnam’s tallest building is just one project set to benefit from legal changes allowing foreigners to buy houses in the country.

From July 1, under the amended Law on Housing, foreigners will be allowed to own houses in Vietnam with leaseholds of 50 years, extendable for a further 50 years, but as a whole must not own 30 percent of apartments in any one block. The amendments are expected to encourage many foreigners to buy houses in the country.

A number of investors have already completed plans to harness the anticipated wave of foreign homebuyers, such as VinaCapital, which has special programs for foreigners and overseas Vietnamese to buy apartments at its Azura luxury apartment project in central Da Nang city.

In Ho Chi Minh City, the appearance of many real estate projects to the east of the Saigon River has made the housing market in the area become more vibrant, with the largest increase in supply seen for the last two years. Many real estate companies have joined the race to the east, including Vingroup, Dai Quang Minh, Thao Dien Investment, and Keppel Land.

One of the most outstanding projects for foreign homebuyers in Ho Chi Minh City is Landmark 81, part of Vinhomes Central Park.

Located in the center of the deluxe Vinhomes Central Park, Landmark 81 promises to establish a modern active lifestyle and boast extravagant comforts for people living in the area. Moreover, it has convenient access to service and utility areas, the riverside park, and main roads.

There is a direct connection via separate tunnels at the foot of Landmark 81 to the business center, which is just three minutes from District 1 by car. It’s also conveniently connected to roads, the metro line, and waterways.

Landmark 81 will be Vietnam’s tallest building, and be a symbol of unity, wealth, and prosperity. It is the “heart” of Vinhomes Central Park, where trendy entertainment services, a premium business center, and a luxury hotel converge.

According to Mr. Marc Townsend, General Director of CBRE Vietnam, Vinhomes Central Park is one of the most outstanding projects ever seen in the country and fully combines elements suitable for foreign buyers.

Vingroup is a local leading developer in Vietnam, with a range of Vinhomes projects along the country, especially Vinhomes Central Park, offering luxurious serviced apartments and villas.

“At Landmark 81 homebuyers will enjoy luxurious accommodation and professional and personalized services in a green and clean living environment,” he said.

“The social infrastructure, such as schools and hospitals, all of high quality, are guaranteed to bring a comfortable life.”

Mr. Townsend holds the development of the property market in the east of city in high regard and believes it will continue to see spectacular change.

“The launch of the urban railway will bring many benefits, in particular helping people to easily access new work and entertainment areas,” he said.

The urban railway line in particular will bring a new face to surrounding areas, boosting land prices and seeing the appearance of more retail and office space.

According to a CBRE survey, property projects located in areas where the railway line will pass through, including Binh Thanh District, District 2, District 9 and Thu Duc District, are being offered at slightly higher prices, by 2 to 5 per cent, compared with similar projects located far from the proposed lines.

It’s clear to see that the amendments to the law have had a positive impact on the country’s real estate market, and real estate experts believe they will create stronger liquidity in the market.

The amended law will also help Vietnam’s real estate market become more competitive in the region and create attractive opportunities for foreign investors in Vietnam, an emerging market with a great deal of development potential.

According to Ms. Duong Thuy Dung, Head of CBRE’s Research and Consulting Department, many enterprises in Ho Chi Minh City are planning to advertise their products overseas.

“The new law has given many real estate companies the momentum to develop and expand their projects,” she said.