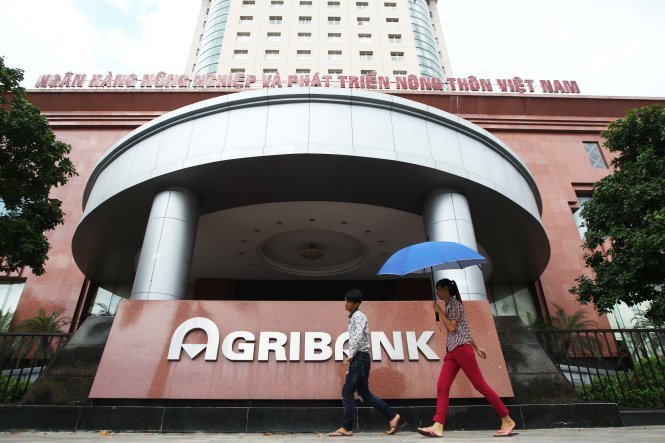 The Vietnam Bank for Agriculture and Rural Development, better known as Agribank, has said it will give priority to those who are the family members of its current employees in the coming recruitment campaign.

According to an official announcement of Agribank on its website, the biggest Vietnamese lender in assets will add 30 points out of an overall score of 100 for the family members of its employees when they take tests to get recruited by the lender.

Those family members include the sons, daughters, sons-in-law, daughters-in-law or adopted children of Agribank staff who have had no such family members ever working for the Vietnamese lender, according to the announcement.

In case of more than two family members applying for a job, the privilege will be applied to one only, the bank noted in the announcement.

The coming recruitment, which will be held in four main regions across the country, will add qualified personnel to many positions including credit management, marketing, bank card management, accounting, international payment, legal affairs and information technology, the bank elaborated.

Agribank also clarified that the contestants have only three days to apply for admission tests.

General Director Tiet Van Thanh told news website VnExpress the privileges are offered for the coming recruitment to supplement a recent decrease in the number of employees in branches.

The bank has not hired any new personnel in the last three years as it has been undergoing a national banking restructure, Thanh said.

But the number of employees who resigned has risen fast recently, so the lender needs to make up for the vacancies, he added.

Previously, Agribank had a policy to directly recruit family members of its employees who have at least 20 years of experience without testing, Thanh said.

As Vietnam’s central bank has asked Agribank to stop implementing such policies, the privileges have been introduced as a kind of support for them, he added.

But they still have to meet all the conditions to prove that they are qualified, he added.

State-run Agribank is currently the largest lender of Vietnam in terms of assets with over VND800 trillion (US$36 billion), with working capital hitting VND742 trillion ($33.39 billion) as of August 2015.

With a total outstanding loan of VND607 trillion ($27.31 billion) by the end of July, the bank, of which the registered capital stands at $1.33 billion, has the largest number of employees in the local banking system with nearly 40,000, almost double that in other partly private lenders like Vietcombank, Vietinbank, BIDV, according to VnExpress.

Meanwhile, it also has the biggest network with nearly 2,300 branches and transaction offices in Vietnam and Cambodia.