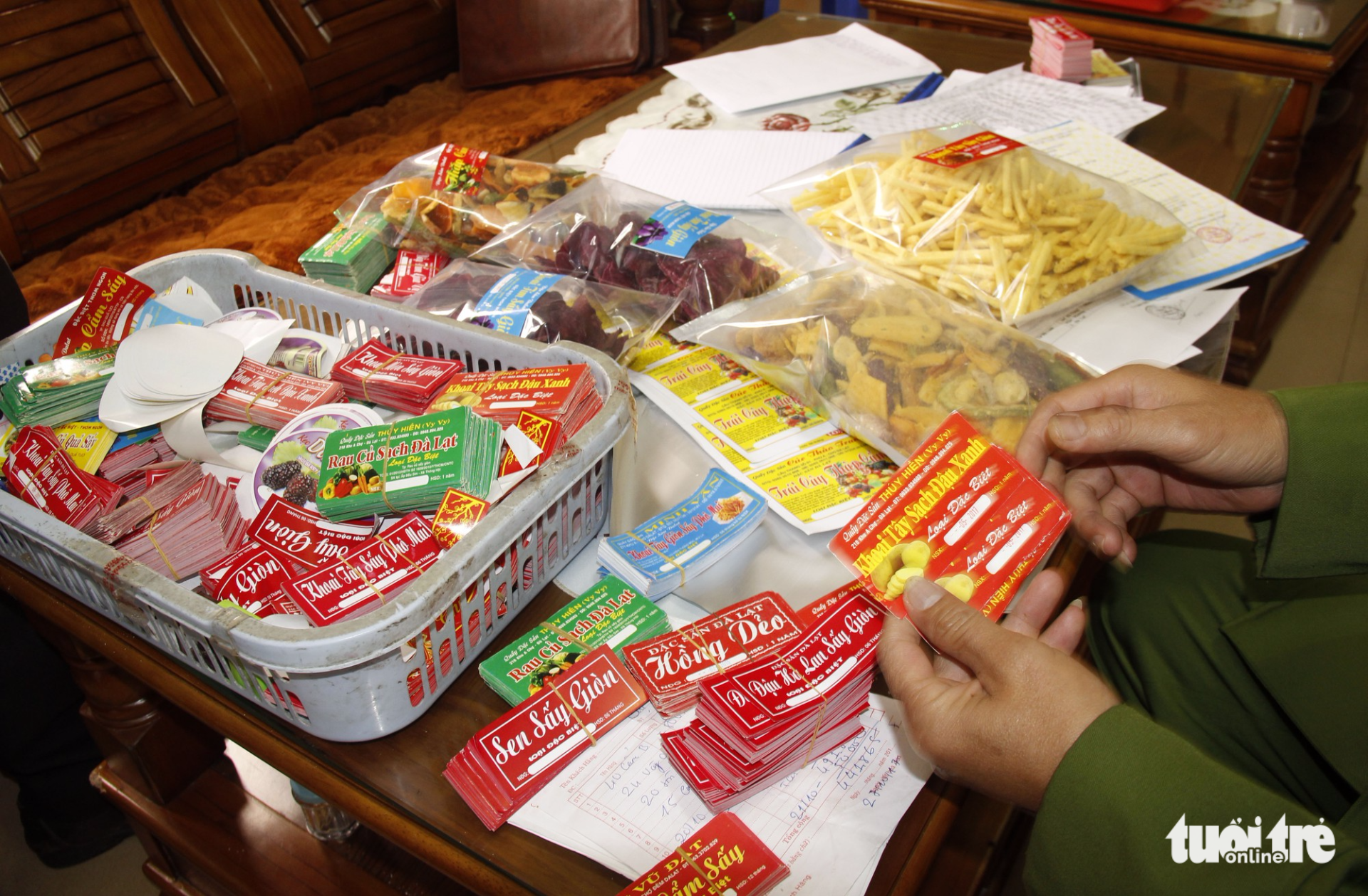 A large volume of dried vegetables and fruits of unknown origin have been discovered being disguised as specialties in Da Lat, a popular tourist city in Lan Dong Province, located in Vietnam’s Central Highlands.

Officers from the provincial Department of Police carried out a sudden inspection at a facility on Ho Tung Mau Street in the city at around 9:00 am on Tuesday.

At the venue owned by 50-year-old Tu Bo Linh, several dried food products were being packaged and labeled as “Da Lat specialties.”

Law enforcers confirmed that the produce was of no clear origin, while the business owner himself failed to present legitimate documents for the merchandise.

At the warehouse location, officers found over 100 boxes of dried vegetables and fruits weighing a total of about one metric ton.

The facility also had packaging equipment along with thousands of labels with “Da Lat specialties” written on them.

Several packages displayed their date of production as November 2017, despite it being October at the time the inspection took place.

After labeling the produce of unknown origin as local specialties, Linh would then sell them to shops in Da Lat and nearby areas.

According to officers, paperwork regarding the operation of Linh’s business had expired.

In addition, the venue has not been issued with a food safety certificate in accordance with the law.

The relevant authorities have made a report of the case and confiscated the products to determine the facility’s exact violations.