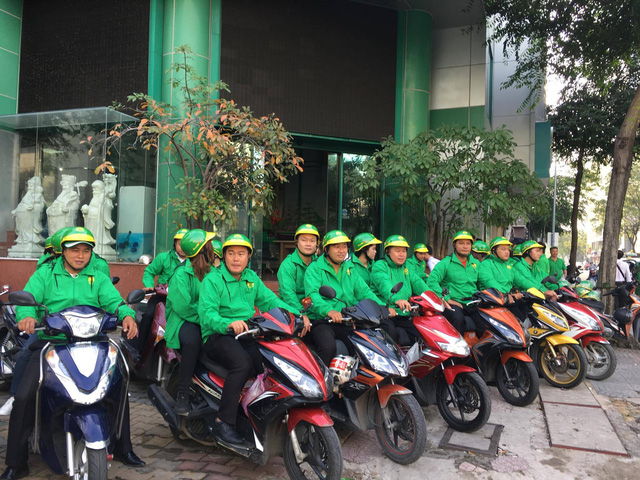 Vietnamese taxicab firm Mai Linh has been testing an app-based xe om (motorbike taxi) service and is set to officially put it to use in response to the success of ride-hailing apps GrabBike and UberMoto.

The service, M.Bike, will be launched in Hanoi, Ho Chi Minh City and the central city of Da Nang on November 20, a company representative said on Sunday.

Mai Linh has had its drivers and staff test M.Bike over the last month and are making their final evaluations of the service before its official launch.

The firm already offers an app for passengers to hail a cab via their mobile device, modeling platforms like Uber and Grab, which are said to be ‘stealing’ customers from traditional taxicab companies.

The Mai Linh app has now been added with the Mai Linh Bike and Premium Bike icons, allowing users to hail a xe om.

Mai Linh is also inviting people to sign up and join its list of xe om drivers.

Grab is dominating the popular xe om market in Vietnam, with UberMoto grabbing a certain share.

As Uber and Grab continue to increase their footprint in Vietnam, local taxi firms have been forced to develop their own ride-hailing apps to stay competitive.

Besides Mai Linh, Vinasun, and other taxi operators have introduced their own apps, however, local passengers still seem to prefer using the incumbents.