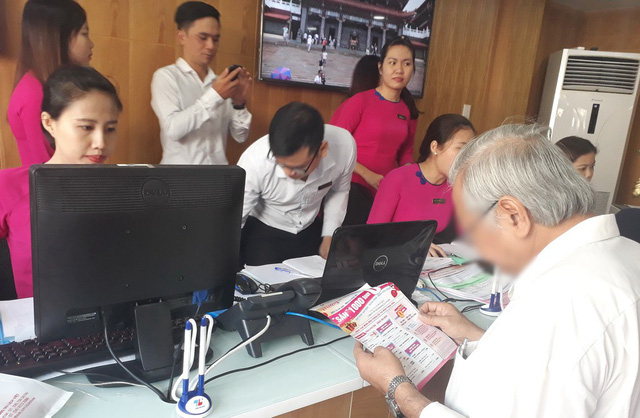 Vietnamese travel firms have launched cost-free tours, copying a promotional model commonly used by airlines, to both domestic and outbound destinations. Offers include taking tourists to the U.S. at half the normal price via ‘budget packages’.

The low-cost travel products are heating up the travel market during peak season, however they have also sparked skepticism from holidaymakers and industry insiders.

The company’s general director, Tran Van Long, told Tuoi Tre (Youth) newspaper that they were willing to suffer losses with the campaign, held on the occasion of the launch of its new headquarters.

“Just as with zero-cost air tickets, customers of the cost-free packages will travel with other ordinary tourists and enjoy the same service quality,” Long said.

Many tour organizers have dramatically slashed prices for tours to the U.S., to the point of shocking holidaymakers.

In late November, the Saigon S travel firm began marketing their eight day and seven nights package to the U.S. for only VND26.9 million (US$1,185) per tourist.

A company representative told Tuoi Tre that travelers were required to clear the payment in one installment before departure, noting that the incredibly affordable price does not include a VND4.9 million ($216) visa fee and suggested ‘tips’ of VND2.4 million ($106).

He also said that the company had so far attracted bookings from more than 100 customers, who will depart between March and June next year.

“We are still receiving bookings, but tours that start later than that time will have a different price applied [from the VND26.9 million],” he said.

The company rep explained that they would only negotiate affordable airfares with carriers every three months, and it is unclear how the carriers will charge for services from June 2018 onward.

Many industry insiders say VND26.9 million for a U.S. tour is incredibly low, given that a typical package lasting five to seven days normally costs between VND40 million ($1,762) and VND90 million ($3,965).

Ho Chi Minh City resident Nguyen Hien Trang, has been searching for a travel package over the last week but was confused at the various prices offered by organizers.

Some tours would offer cheap prices, only to tell customers later that they had to pay multiple additional fees, Trang said.

“I also heard that some low-cost tours treat tourists badly, such as providing inadequate dining,” she added.

Addressing these concerns, a Saigon S representative told Tuoi Tre that the VND26.9 million package is guaranteed to take tourists to Nevada, Los Angles, California and visit popular attractions such as Phuoc Loc Tho mall or the Hollywood Walk of Fame.

“This is a complete package, covering hotels, airfares, and bus transportation for the entire tour,” he underlined.

The man explained that his company works directly with service providers in the U.S., instead of through two or three intermediaries as is the case with other travel firms, explaining the cheap tour price.

“We have booked and received tickets for a couple of years in advance, meaning Hong Kong Airlines only charged us reasonable fares of $600-$700 a ticket,” he elaborated.

Long, from the V. company, also said that the zero-dong campaign is meant to introduce a new kind of tour package to customers, adding that “the interest of tourists using this service is guaranteed.”

Many industry insiders have warned tourists to remain cautious of promotional campaigns during peak travel season, when hotel and transportation prices normally go up.

There have been cases, they say, when companies have forced tourists on low-cost packages to cancel bookings when they fail to gather enough customers, or offered the tour at a lower service quality than promised.

Nguyen Thi Khanh, deputy chairwoman of the Ho Chi Minh City Tourism Association, said organizers of low-cost tours still have to make a profit, so they will try to save every possible cost when offering the service.

“They may remove some destinations from the itinerary, cut the time of travel, take tourists to ‘sightsee’ attractions instead of entering them, or even bring them to unattractive locations,” Khanh warned.

She also recommended that tourists think about the possibly of having to pay extra costs during the tour, such as shopping or paying admission fees to visit attractions on their own.

“As far as low-cost tour packages are concerned, tourists should beware as price reflects quality,” she concluded.