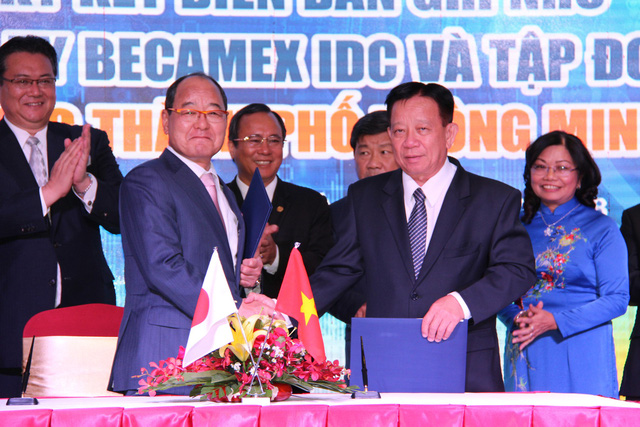 Vietnam’s Binh Duong Province and a major Japanese enterprise have informally agreed to work together to lay the technological groundwork for the transformation of the province into a smart city.

Nippon Telegraph and Telephone East Corporation (NTT EAST), headquartered in Japan, on Monday signed a memorandum of understanding for cooperation with Investment and Industrial Development Corporation, otherwise known as Becamex IDC, a company with more than half its share owned by the local administration.

The signatories accordingly promised to build a local data center with one of the most powerful servers in Vietnam, able to satisfy relevant international standards.

They are also committed to forming an extensive municipal wireless network covering the first spots of Binh Duong Smart City – a future metropolitan version of Binh Duong Province; and densely populated areas in the province.

The facilities are intended to benefit local inhabitants and domestic and foreign businesses.

Binh Duong Smart City will be built based on the tried-and-tested Triple Helix model applied in the Dutch city of Eindhoven, in which urban growth relies on the partnership between enterprises, educational institutions and the government.

In March, a series of agreements on logistics, industrial real estate and garment projects were approved, serving as economic foundations for the birth of the smart city.