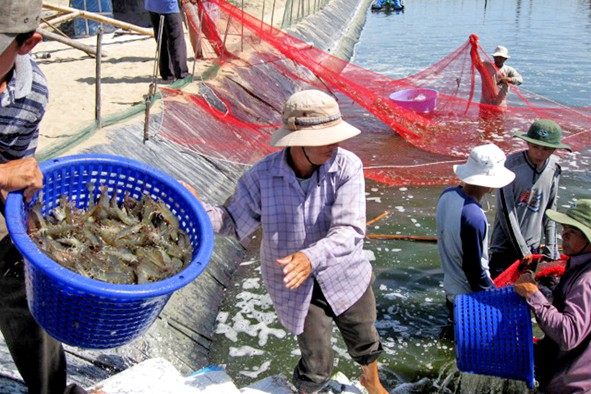 Vietnamese seafood’s hope to have the ‘yellow card,’ a kind of warning the European Commission gives to countries involved in illegal fishing, withdrawn somewhere this month could not come to fruition as the EU has officially announced that it will not reconsider the decision until next January.

The EC imposed the warning on seafood exported from Vietnam to its member countries on October 23, 2017 due to the Southeast Asian country’s failure to meet requirements on illegal, unreported and unregulated (IUU) fishing prevention.

Fish exports from “yellow card” countries are subjected to intense scrutiny, which requires all Vietnamese fish export containers be inspected in a process that can take three to four weeks and £500 (US$633) per container.

A rejected container can cost an exporter nearly $12,000, and the risk of rejection is considered high.

If significant progress is made, the ‘yellow card’ will be lifted, and replaced with a ‘green card,’ representing legal export status.

If not, a ‘red card’ will be given, meaning that Vietnam will be banned from exporting its seafood to the EU.

In May 2018, an EC’s inspection team paid a visit to Vietnam to review how the country had follow nine recommendations to overcome during a given six-month period ending April 23.

Following the inspection, the EC ruled for the continuation of the ‘yellow card’ warning until January 2019, instead of lifting it by the end of June as Vietnam expected, Nguyen Ngoc Oai, general director of Directorate of Fisheries, told Tuoi Tre (Youth) newspaper on Tuesday.

According to Oai, Vietnam’s efforts to have the yellow card lifted have faced four main obstacles.

“The traceability of [Vietnamese] seafood exports has not met EU requirements, whereas Vietnamese fishermen continue to conduct illegal fishing in the waters off other Southeast Asian countries, including Thailand, Malaysia and Indonesia,” Oai said.

Moreover, he added, Vietnam’s monitoring system over its fishing vessels remains incomplete, and the country is not doing enough to increase the penalties for handling fishing violations and fighting illegal fishing.

Since the ‘yellow card’ came into effect, said Oai, the agriculture ministry has been working hard to remove it, but province-level authorities have not been "really active" to fight for the issue.

There has been no damage assessment since the issuance of the ‘yellow card’, but the Vietnam – EU seafood export has surely been affected, according to Oai.

On July 3, the Directorate of Fisheries is slated to hold a press conference to announce the measures to be taken by agriculture minister to expedite the removal of the ‘yellow card’ under the new deadline of January 2019.