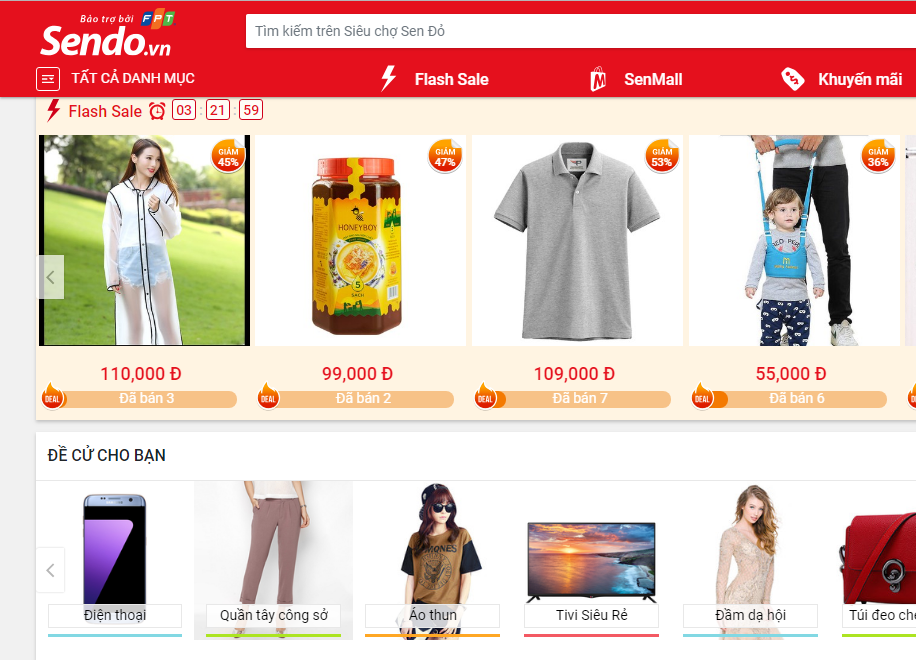 Ho Chi Minh City-based Sendo, the emerging C2C (consumer-to-consumer) marketplace in the Southeast Asian country, announced on Thursday that it landed an investment of US$51 million from investors in Japan, Korea, and Taiwan.

The series B round was participated by all the existing investors, including SBI Group, FPT Group, eContext Asia, BEENEXT and BEENOS, with SoftBank Ventures Korea, Daiwa PI Partners and SKS Ventures being new investors.

According to Nikkei Asian Review, the funding round was one of the largest rounds raised by a Vietnamese startup.

Sendo said it will use the funding to improve its eponymous C2C platform and launch its new business-to-consumer (B2C) marketplace SenMall.

The capital will also be dedicated to expanding its mobile wallet and digital payments service SenPay to become the leading fintech portal in Vietnam.

In 2014, the FPT Group’s e-commerce business also received an investment of $18 million from three Japanese companies, including SBI Holdings.

Stable growth over the years has been the reason why more investors has poured more capital into the platform, Nikkei Asian Review assessed.

Founded in 2012, Sendo currently serves more than 300,000 sellers and millions of buyers in all 63 provinces and cities in Vietnam.

Sendo aims to help individual vendors, micro-entrepreneurs, and small businesses sell their goods online and deliver them cheaply throughout Vietnam.

Research from iPrice found that Sendo held around 11 percent of the Vietnamese ecommerce market last year, while Lazada led the field with a 19 percent share.

SBI Group is Japan's leading financial services company, which was launched in 1999, currently operating in a broad range of fields including securities, banking and insurance.

With an aim to expand its footprint in Southeast Asia, SBI Group has invested in and added value to a number of technology and financial services companies in the region.

SoftBank Ventures Korea was established in 2000 as the only global early-stage venture capital arm of SoftBank Group based in Seoul, Korea. To date, it has invested US$600 million across 230 startup companies in the world.