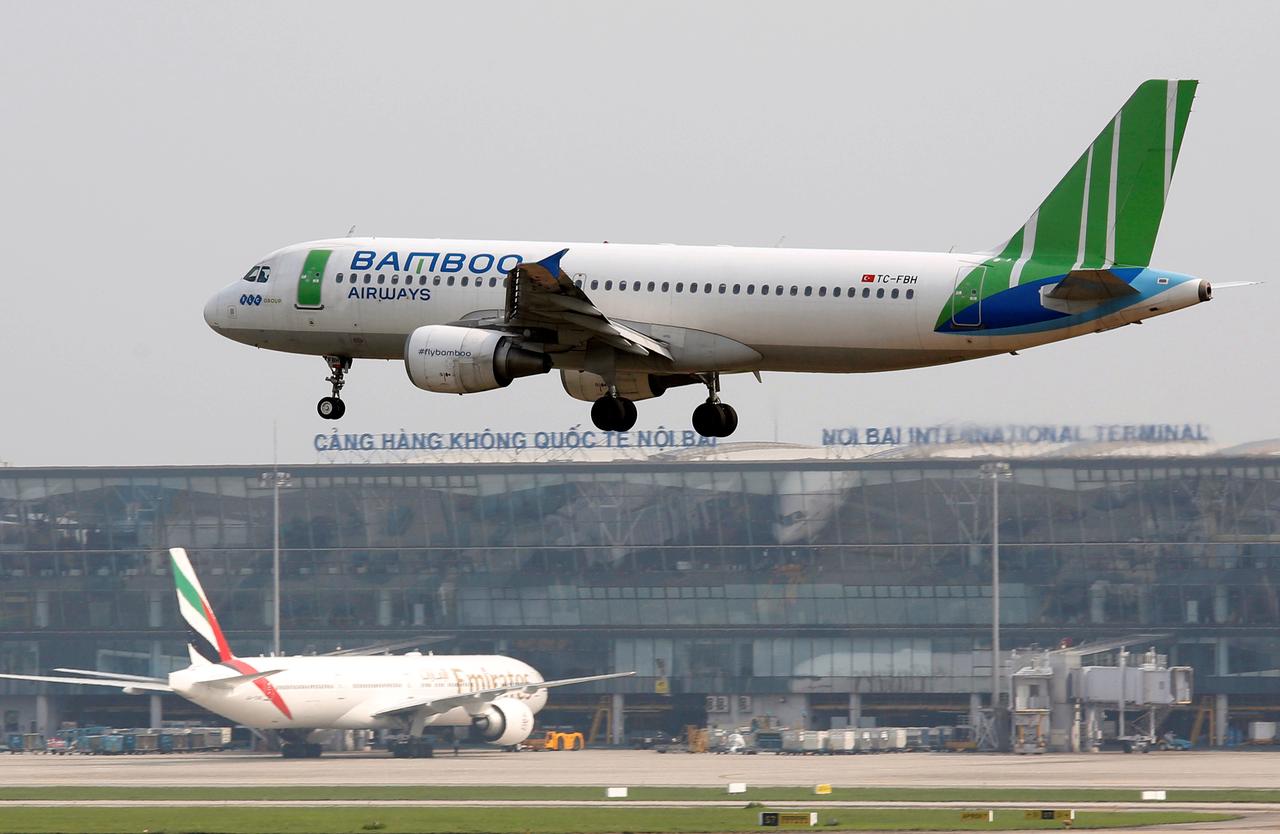 Birdies on a plane: Vietnam's Bamboo airways banks on golf resorts for success

As Vietnam’s aviation sector booms and passenger numbers rise at double-digit rates, local upstart Bamboo Airways is embracing what it hopes will be a novel way of standing out in a crowded market: Golf.

Competition among airlines in Vietnam has intensified since Bamboo launched in January. Malaysia’s AirAsia Group recently canceled its foray into the Vietnamese market, and increased traffic has placed strain on Vietnam’s aging infrastructure.

But Bamboo chief executive Trinh Van Quyet is confident he can fend off budget carrier VietJet and state-owned Vietnam Airlines by using the airline to connect his golf resorts to cities in Vietnam and northeast Asia.

“Even international airlines don’t have an ecosystem like Bamboo’s,” said Quyet, chairman of Bamboo’s parent company, FLC, which owns five golf resorts across the country.

The young airline’s slogan is “more than just a flight.”

“We have the rooms and combo packages for passengers. They can visit Vietnam, stay and play golf for free,” Quyet told Reuters in a recent interview from an FLC resort in Ha Long Bay.

Quyet is hoping that helps draw tourist crowds from South Korea, Japan and Taiwan, some of Bamboo’s first international destinations.

Bamboo has already sold out its domestic packages for this summer, a company spokeswoman said.

The package offers flights from the southern business hub of Ho Chi Minh City to an FLC resort in northern Vietnam for about $500, just more than half what it would cost to fly and golf separately, the spokeswoman added.

Tourism to Vietnam from golf-obsessed South Korea has soared in recent years. The number of visitors from that country in January to April this year rose by 23.2 percent from a year earlier to 1.45 million, according to Vietnam’s Government Statistic Office.

“I hadn’t heard of Bamboo before; I learned about it on the way here,” said golfer Kim Yeong-jin, a South Korean businessman who had just putted for a bogey at the Ha Long Bay resort’s 11th hole.

Kim had traveled to Vietnam with Vietnam Airlines, but said he would be interested in one of Bamboo’s packages.

An official at Pacific Air Agency, a Seoul-based PR firm Bamboo hired to attract clients in South Korea, said they expected an increase in tourist demand.

“That will help Bamboo Airways expand its international routes,” said the official, who was not authorized to speak to the media. Pacific Air Agency plans to start promoting Bamboo this autumn, the official added.

In an online job advertisement, the airline said it would offer Boeing 787 pilots free golf at FLC resorts.

In early May, Vietnam’s deputy transport minister Nguyen Nhat told a government meeting that his ministry had received a complaint from Vietnam Airlines that the state-owned carrier was losing its pilots to Bamboo.

“That’s just how the market works, and the state won’t be able to interfere too deeply into this,” Nhat told the meeting, according to a report posted to a Vietnamese government website.

Vietnam Airlines, which is more than 80% government-owned, declined to comment.

Nearly one-third of Vietnam Airlines’ Boeing 787 pilots have resigned in the past few months, “pushing the national airlines into an emergency state of pilot shortage,” a report by state television said on May 9.

The report said salaries offered by new airlines are significantly higher than at Vietnam Airlines, making them “irresistible.”

Despite Vietnam’s rising GDP and fast-growing tourism industry, it could take some time for Bamboo to reach profitability, according to Shukor Yusof, head of aviation consultancy Endau Analytics.

“There’s every chance the carrier can be profitable if it can withstand losses in the first couple of years,” Yusof said.

Quyet, however, told Reuters he expects Bamboo - which has 20 domestic routes and plans to serve as many as 40 international cities - to be profitable as soon as next year.

Bamboo leases all 10 of its aircraft but has signed deals with Boeing Co and Airbus SE to buy dozens more. The first of Bamboo’s Boeing 787s is scheduled to be delivered in the third quarter next year, and its first Airbus A321 in 2022.

Quyet told Reuters that capital from Bamboo, FLC and funds borrowed from Vietnamese and foreign banks would be used for the purchases.

“The payment for the planes is being made normally and in a timely manner,” he said.

The lawyer-turned-entrepreneur said he made his fortune investing in real estate with FLC, short for the Finance Land Corporation.

By 2016, he had become Vietnam’s second dollar billionaire and started to turn his attention to planes.

“When I was a student, I couldn’t even afford a bicycle,” Quyet said.