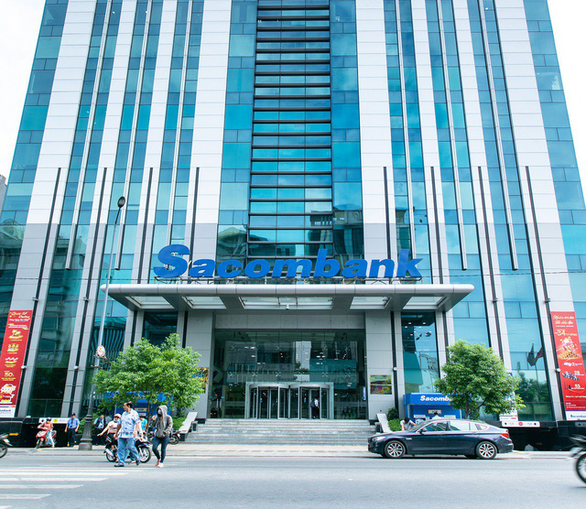 It is quite a stir that the building accommodating the headquarters of local lender Sacombank in Ho Chi Minh City is put up for sale at over US$56 million.

The land plot at that address measures 1,740.8 square meters, 1,700 square meters of which is land for business and production facilities, valid for use until January 1, 2046, according to information available on real estate sale websites.

The building on the land plot includes a coverage site of 915.8 square meters and a floor area of 18,523.3 square meters.

It has 15 floors, two basements, a mezzanine floor, and a rooftop.

Sacombank is leasing the building to operate its headquarters for VND5 billion ($216,029) a month.

The buyer will keep the lease agreement with Sacombank.

The selling price is VND1.3 trillion ($56.2 million) and the seller did not require the buyer to prove their financial capability.

The building is managed by Tan Dinh Import Export Joint Stock Company (TADIMEX), which is based at the same address, as understood by Tuoi Tre (Youth) newspaper.

TADIMEX was established by Pham Huu Phu, former board chairman of Sacombank, but he then transferred the company and the management of the building to Dang Van Thanh, another ex-board chairman of the bank, in 1999.

A Sacombank executive told Tuoi Tre that the bank provided loans to construct the building at 266-268 Nam Ky Khoi Nghia Street under the condition that the lender be allowed to lease it long-term, without abrupt termination of the lease.

Sacombank had received a notice before the building was put on sale, the executive revealed, adding that the management of the building have retracted their sale because of the said condition.

Former Sacombank board chairman Thanh confirmed he had intended to sell the building but he has backpedaled, continuing to lease it to the lender on a long-term basis.