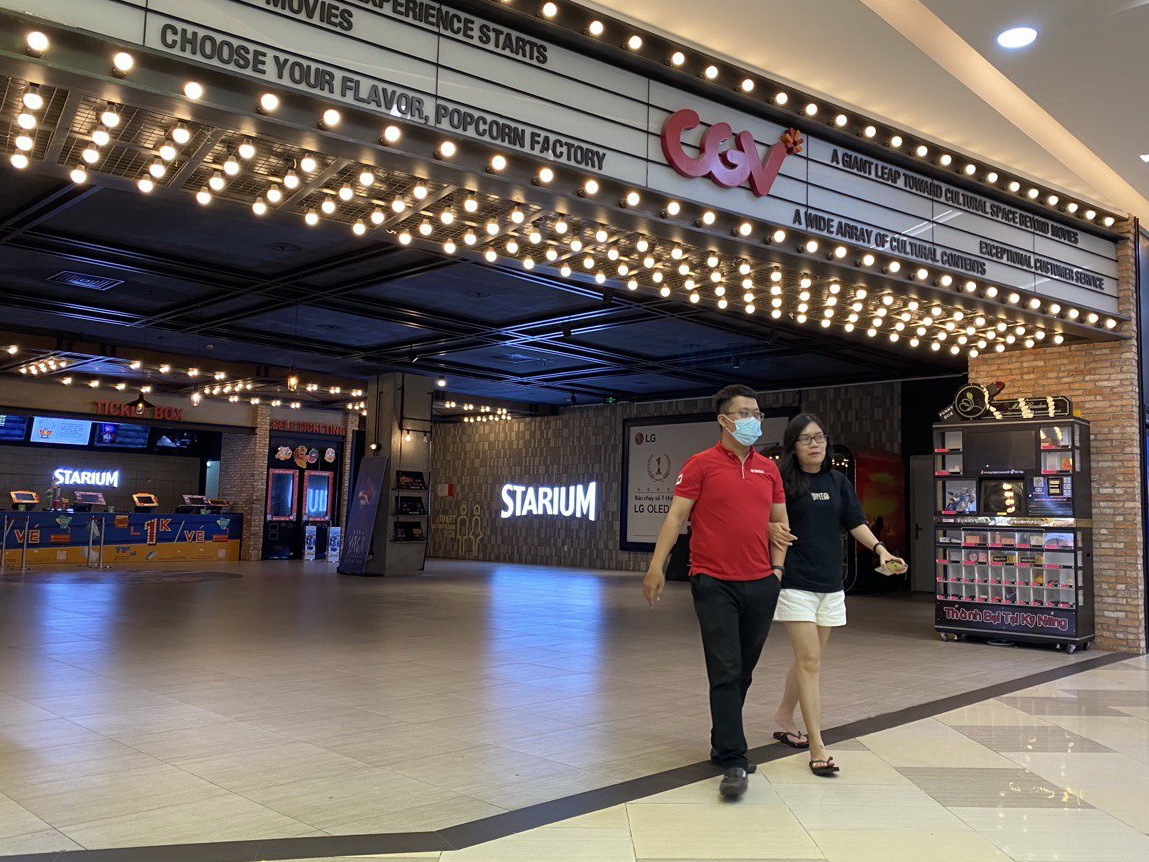 Movie industry experts were optimistic when the government finally allowed cinemas to reopen to the public, but high hopes for a post-pandemic rebound quickly dwindled as disappointing box office numbers trickled in.

Cinemas were one of the last services allowed to resume operations in Vietnam after a weeks-long social distancing mandate shuttered nearly all businesses across the country.

While restrictions on most industries were lifted on April 23, movie theaters were told to remain closed until the second weekend in May.

Now, two weeks since reopening, cinema operators are beginning to fear it may take several weeks before ticket sales begin to bounce back.

Baba Yaga: Terror of the Dark Forest was the best performer in terms of box office sales last weekend, from May 22 to 24, though being the best does not necessarily mean raking in piles of cash.

The Russian feature grossed just VND2.7 billion (US$116,600), according to Box Office Vietnam.

Rounding out the top three was the Vietnamese film Truyen Thuyet Quan Tien (The Legend of Quan Tien), which brought in an underwhelming VND450 million ($19,500).

To put these numbers into perspective, Gai Gia Lam Chieu 3, a Vietnamese comedy, pocketed VND16 billion ($692,000) per day earlier this year before the cinema industry began to feel the effects of the COVID-19 pandemic.

Nothing new on the widescreen

Nguyen Hoang Khanh, a Ho Chi Minh City resident, and his wife were excited when they learned that their favorite cinema would resume operations on May 9, but that excitement turned to disappointment when they checked the movie listing.

“We were pretty unimpressed as they were only showing old and non-Hollywood films that just didn’t prove interesting,” he told Tuoi Tre News on Thursday.

Unlike the tourism sector which relies primarily on international visitors, the cinema industry mainly serves domestic audiences, giving stakeholders hope that box office sales would quickly return after the country reopened, according to Nguyen Huu Tuan, a local filmmaker and producer.

“The reality is that Vietnam’s cinema industry will only recover once Hollywood blockbusters are back in the game,” he posted to Facebook on Wednesday.

“Vietnamese film fans who want to go to the cinema aren’t bothering because they can’t find anything worth watching.”

Son Nguyen, who lives just a short walk from the largest CGV theater in Ho Chi Minh City, agreed with Tuan, declaring that “there haven’t been any films showing in the past three weeks that have been worth paying for.”

In the same lengthy Facebook post, Tuan noted that the current situation is a reflection of a depressing reality: Vietnam’s cinemas are dependent on foreign features, specifically Hollywood blockbusters, for their survival.

It is no secret that Vietnamese films are typically overshadowed by their Hollywood counterparts in terms of box office revenues, especially during the summer movie season.

“Achieving such whopping box office numbers is ‘mission impossible’ for movie theaters in Vietnam this summer since no blockbusters are scheduled to be screened in the country until at least July,” Tuan said.

The director and producer added this is Vietnam’s first summer movie season without a Hollywood hit on the lineup and the industry will likely “not be seeing something like this again.”

“This has effectively created a ‘blue ocean’ for Vietnamese movies, but it’s a great pity that our industry isn’t able to produce the kinds of films we need to fill the void left by the absence of foreign films,” he said.

A CGV representative was quoted by Thanh Nien (Young People) newspaper on Tuesday as admitting that cinemas in Vietnam are failing to attract audiences because they are only showing old movies.

“Cinema chains across the country are all being hit by one same problem — almost all of the blockbusters meant to be released this summer have been rescheduled to the fourth quarter of 2020 or early 2021 as most movie theaters in North America are currently closed [due to COVID-19],” the representative said.

“This has affected cinemas all around the world, not just those in Vietnam.”

“There were only ten people in a 150-seat auditorium,” movie-goer Ngoc told Thanh Nien of her experience watching the South Korean comedy Honest Candidate at a CGV cinema in Ho Chi Minh City on May 23.

Empty auditoriums have become common throughout the country, not just in the southern metropolis.

“We’re operating at about 50 percent of our capacity,” Tin told a local Khanh Hoa Province newspaper.

Daily sales average 50 tickets, a 90 percent drop from January, and “even during our ‘golden window’ from 6:00 to 8:00 pm on Saturdays and Sundays we’re only selling about 30 tickets,” Tin explained.

A representative of Box Office Vietnam, a website that tracks box office revenues in Vietnam, echoed sentiments that rock bottom sales are due to a lack of Hollywood blockbusters.

“Cinema halls are void of audiences and perhaps the lack of Hollywood blockbusters is to blame,” he told Thanh Nien.

“This situation may continue into the near future as distributors keep clearing their ‘inventory’ of B- and C-grade movies.”

Besides the dearth of quality films, Vietnamese movie director Nhat Trung noted that many would-be viewers fear visiting theaters may expose them to COVID-19.

While all COVID-19-related restrictions within the country have been lifted, Vietnam’s government has regularly reminded residents to stay vigilant.

As of Friday, Vietnam has gone 43 successive days without any new cases of community infection. The country’s confirmed case number sits at 327 patients, with 279 recoveries and no deaths.

All operational cinemas are applying measures to ensure health safety, such as ‘seat distancing’ and mandatory temperature checks, as well as requiring all staff to wear face masks.

While these rules are essential, they may affect the overall movie-going experience.

“We went in a group but had to be ‘distantly seated’ so we weren’t able to have much fun,” a movie-goer said.

The wait must go on

Domestic ticket sales in the U.S. hit a two-decade low during the May 15-17 weekend, totaling some $55.3 million, The New York Times reported, citing Comscore, a box office data compiler.

As fears of the novel coronavirus keep the masses at home in the States and many other nations, it is unlikely that the most anticipated movies of 2020 will hit the silver screen anytime soon.

While movies are normally scheduled for release at least three months in advance, cinemas in Vietnam are still unsure of their June plans, according to the Khanh Hoa newspaper.

In an apparent chicken and egg situation, many Vietnamese producers have reportedly postponed the premiere of their summer movies, as they do not want their pictures to hit almost-empty cinema halls only to bring in meager revenues.

Son, who spent nearly VND10 million ($430) on movie tickets in 2019, has yet to watch a single movie in a theater this year and he does not expect that to change in the coming weeks.

“Even though Vietnam has controlled the pandemic, I’m not convinced that good movies will make it to theaters while the coronavirus is still taking its toll on the North America market.”