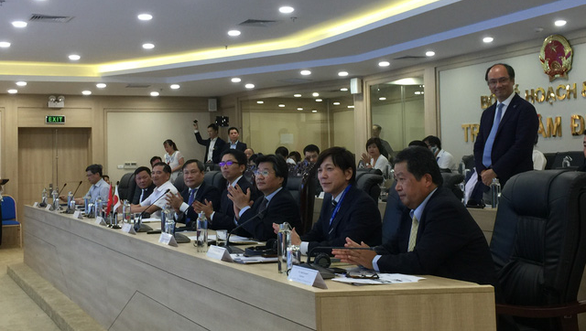 An online conference was jointly organized in Hanoi on Thursday by the Ministry of Planning and Investment, the Japanese Embassy in Vietnam, the Japan External Trade Organization (JETRO), and the Japan Bank for International Cooperation to promote Japanese investment flows into Vietnam.

The conference, the first of its kind held by the Vietnamese planning ministry, saw the participation of representatives of more than 1,000 Japanese enterprises, according to Deputy Minister of Planning and Investment Vu Dai Thang.

Addressing the event, Thang said that Vietnam ranked 70 among 190 economies in this year’s ‘Doing Business 2020’ report released by the World Bank — falling one spot from its position last year but with a higher overall score of 69.8 points — as the nation has proactively improved its business and investment environment for foreign companies.

Data of the ministry showed that Japan is the second-largest FDI investor in Vietnam, with a registered capital of over US$60 billion out of the total investment of $380 billion in 32,000 FDI projects across the Southeast Asian country.

Notably, Vietnam and Japan have signed agreements on the avoidance of double taxation, investment protection and many other deals to ensure the interests of businesses in both countries in investment and trade, he added.

The envoy also expected traveling between Vietnam and Japan will soon return to normal against the context of the ongoing novel coronavirus disease (COVID-19) pandemic.