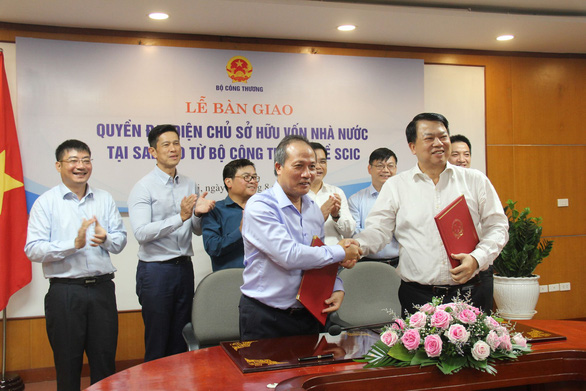 The Ministry of Industry and Trade on Friday handed over the state ownership in Saigon Beer Alcohol Beverage Corp (Sabeco) to the State Capital Investment Corporation (SCIC).

The value of state investment transferred to SCIC is over VND2.3 trillion (US$99.3 million), accounting for 36 percent of Sabeco’s charter capital, or more than 230 million shares.

Friday’s handover marked Sabeco as the first enterprise to complete such a transfer among 14 companies that have to transfer state capital to SCIC before August 31, according to a prime minister decision issued in June.

After the transfer, SCIC will have to divest all state capital from Sabeco in accordance with the prime minister decision.

Speaking at the handover ceremony on Friday, Deputy Minister of Industry and Trade Cao Quoc Hung said that the transfer will not interrupt production and business activities of Sabeco and will comply with the current regulations.

Thailand’s Thai Beverage Public Co. Ltd. (ThaiBev) currently owns 54 percent of Sabeco after it purchased a majority stake worth $4.84 billion in the brewer from the trade ministry in December 2017.

Other foreign organizations own 9.71 percent of Sabeco, and the remaining is held by small shareholders.