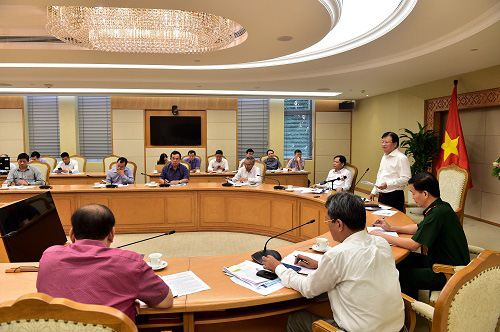 Vietnamese Deputy Prime Minister Trinh Dinh Dung has demanded an investigation into, and a decisive resolution to, allegations that Vietnamese fishing crews are illegally operating in foreign waters.

The demand was made on Tuesday under his authority as the chairperson of the National Steering Committee on Combating Illegal, Unreported and Unregulated (IUU) Fishing and in accordance with recommendations made by the European Commission (EC).

As of August 31, just 24,851 out of 30,851 fishing vessels measuring 15 meters or more in length were running journey monitoring systems, accounting for 80.61 percent of Vietnam’s fishing fleet, the Ministry of Agriculture and Rural Development reported.

Still, it is not uncommon for crews to shed their journey monitoring systems to shroud illicit fishing in foreign waters.

Between January 1 and August 31, there were 57 recorded incidents involving a combined 92 Vietnamese fishing boats being taken into custody by foreign law enforcement for intrusion into foreign waters.

On October 23, 2017, the EC issued a 'yellow card' warning to Vietnam after the country failed to demonstrate sufficient progress in the fight against IUU fishing.

In the three years since the notice, Vietnam has been working to improve its rating in the four categories denoted as needing improvement by the EC, according to Nguyen Xuan Cuong, Minister of Agriculture and Rural Development.

“The European Commission commends the efforts of Vietnam, but it was unable to change its opinion as there have been dozens of incidents over the past six months. The EC will not revoke the yellow card until Vietnamese fishermen abide by regulations,” Cuong said.

According to a representative of the Ministry of Public Security, police have exposed a crime syndicate of eight brokers who mediated the illegal fishing activities of Vietnamese boats in foreign waters.

Law enforcement efforts, nevertheless, remain limited due to the common practice of fishing boats turning off or abandoning their monitoring systems, making their journey untraceable.

To counteract such actions, the only viable option is to uniformly install monitoring and positioning systems on boats and ensure that these devices function reliably, a representative from the Ministry of National Defense said.

During Tuesday’s meeting, the deputy prime minister did not shy away from noting the shortcomings of the committee’s work, including the uncompleted roll-out of an itinerary monitoring system and the inadequate control over which fishing vessels are making their way into Vietnamese harbors.

Given the situation, Deputy PM Dung ordered relevant ministries and agencies, as well as provincial and city authorities, to prioritize resolutions on deterring fishing boats without appropriate licenses and monitoring systems from operating.

He also noted that allegations of a middleman brokering IUU fishing by Vietnamese boats in foreign waters need to be addressed immediately.

In regard to a long-term solution, Dung called for a double-pronged initiative — curbing the country’s dependence on its fishing industry and the expansion of aquaculture.

“Illegal fishing will not be addressed thoroughly without restructuring the fishery sector and improving residents' living standards,” Dung remarked.

“Thanks to our long coastline, aquaculture [in Vietnam] has the potential [to develop further]. It should be considered a spearhead for the economic sector.”