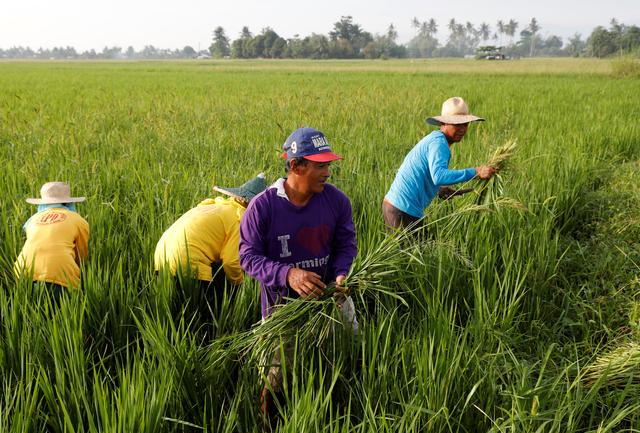 India's rice export prices fell this week on thriving new season supplies and a depreciation in the rupee, while traders in Vietnam expect fresh orders from the Philippines even as domestic supplies are running low.

Supplies have been rising in southern and eastern states from the summer-sown rice crop, said an exporter based at Kakinada in the southern state of Andhra Pradesh.

"The government has been buying paddy rice from farmers aggressively, but still ample amount of rice is available for traders," he said.

In neighboring Bangladesh, the rain-fed rice output or Aman crop is expected to fall as much as 15% this year, due to repeated floods and excessive rainfalls, a senior official at the Agriculture Ministry said.

With shortfalls, the government's domestic rice procurement in the upcoming harvesting season could see a setback when price of the staple grain goes up, traders said.

Demand is expected to increase later this month on anticipation of new orders from the Philippines, which has been suffering from floods and storms recently, a trader based in Ho Chi Minh City said.

Thailand exported more than 4 million tonnes of rice between January and September this year, a decline of 31.9% from the same period a year earlier, according to new data from the Thai Rice Exporters Association.