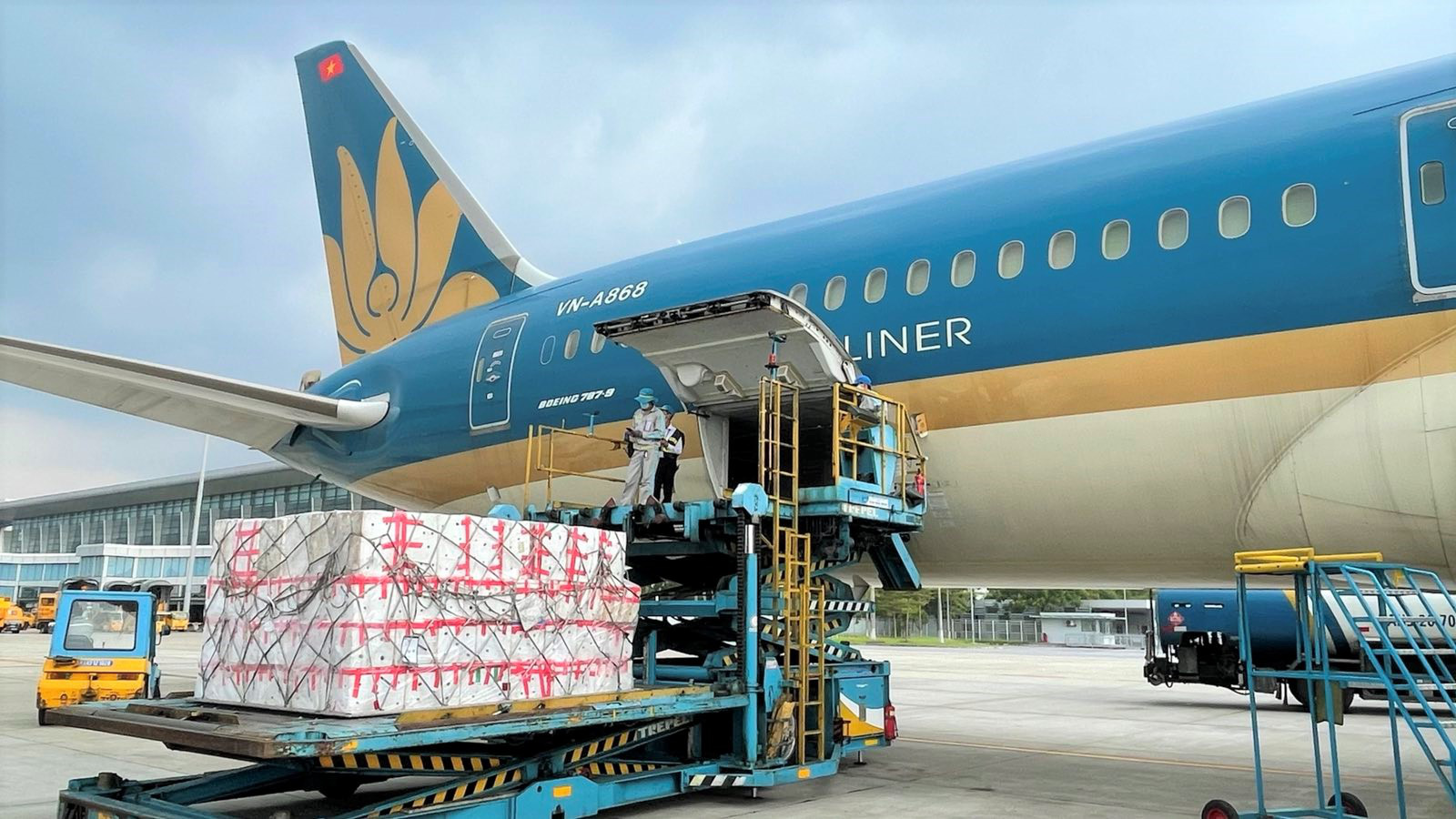 Many airlines in Vietnam have been boosting their cargo transport services to cope with the drop in passengers' travel demand caused by the COVID-19 pandemic.

The approach does not only help local carriers improve revenue but also ensure the circulation of goods within the country.

According to a representative of the national carrier Vietnam Airlines, farmers in northern Bac Giang Province have enjoyed a bumper lychee harvest this year.

However, they have faced a lot of difficulties in both domestic and overseas consumption due to travel restrictions to curb the virus transmission.

To solve the problem, local airlines have been mobilized to provide rapid transport service and preservation facilities, making sure the lychees are still fresh when they are delivered to customers.

Vietnam Airlines has used its Boeing 787 and Airbus A350 to transport hundreds of metric tons of Bac Giang lychees to Ho Chi Minh City, as well as to the highly potential overseas market of Japan.

The carrier has even operated its Boeing 787-9 aircrafts, which are often used for passenger transport, to carry the fruits on multiple occasions.

"These are the latest efforts of Vietnam Airlines, authorities in Bac Giang, and relevant agencies to promote lychee consumption and support local farmers," the airline's representative stated.

Other airlines said that they have been removing passenger seats on multiple aircrafts to boost cargo transport capacity, as many domestic and international routes have been suspended to curb the virus spread.

This approach provides an additional eight to nine metric tons in cargo transport capacity for smaller aircrafts and 35 to 40 metric tons for larger planes.

Vietjet Air, a low-cost carrier, has cooperated with UPS Corporation to improve its freight transport services between the U.S. and the Asian region, especially to Vietnam and Thailand.

If licensed, IPP Air Cargo will operate five cargo aircrafts in the first year of operation, seven aircraft in the second year, and 10 in the third year.

With the total investment capital of about US$100 million, the airline plans to transport about 115,000 tons of cargo and achieve a revenue of $71 million in the first year.