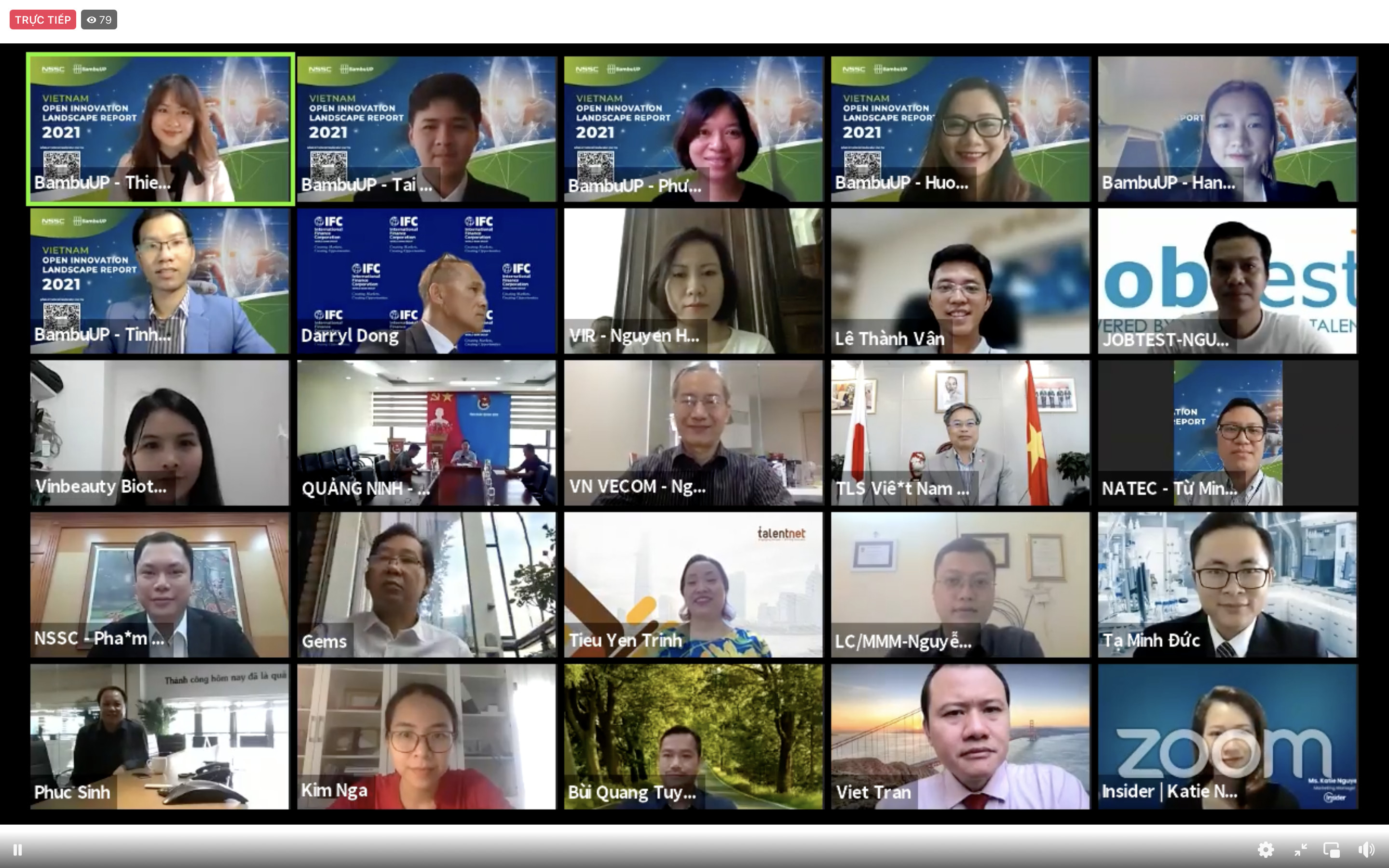 Though Vietnam is considered one of the most dynamic and creative startup hubs in Southeast Asia, many say finding information on these new businesses remains a struggle.

The National Startup Support Center (NSSC), in partnership with BambuUp Joint Stock Company, announced on Tuesday plans to release a report detailing the local startup ecosystem and its development outlook.

The report, titled Vietnam Open Innovation Landscape Report 2021, is scheduled for publication this December and will likely be the first documented analysis of and reflection upon the country’s startup ecosystem.

The NSSC is a branch of the National Agency for Technology Entrepreneurship and Commercialization Development under the Ministry of Science and Technology.

According to the General Statistics Office, 3,000 of these businesses are startups while the others were formed from mergers or previously registered businesses that have changed models.

These numbers, Quynh said, make Vietnam the third-ranked country in Southeast Asia in terms of having a dynamic and innovative business environment, landing behind Indonesia and Singapore, which placed first and second.

Despite Vietnam’s burgeoning startup environment, over 95 percent of established companies in the country are unable to access the information they need to seek out and partner with startups, Quynh said.

The goal of the Vietnam Open Innovation Landscape Report 2021 is to solve that problem.

During the announcement, Quynh highlighted the four primary goals of the report.

First, the report is meant to paint a complete picture of Vietnam’s startup ecosystem.

Second, it will discuss and analyze current trends in innovation, both in Vietnam and around the world, in order to allow current and future entrepreneurs insights into the direction of the local and global business environment.

Third, the report will evaluate Vietnam’s ranking in terms of dynamism and ecosystem for entrepreneurs in the hope of allowing startup founders to better understand the environment and seize upon potential opportunities.

Last but not least, BambuUp will compile all of the information it gathers from the National Startup Center, startups, surveys, experts, and advisors into a database to assist established companies and investors in finding potential investors.

A soft copy of the report will be released in both English and Vietnamese at https://report.bambuup.com.

Additionally, a print version will be distributed to about 5,000 organizations in Vietnam, as well as stakeholders in 20 countries thanks to support from BambuUp’s partners, including Insider, Silicon Valley Ventures (Japan), and Quest Ventures (Singapore).

* 65 percent: The rate of adults living in the United Kingdom who want to launch a company

* 7.1 percent: The percentage of total startups which operate within the fintech sector, one of the fastest-growing businesses sectors in the world

* EdTech is the most thriving sector for startups in the U.S.

EdTech is estimated to remain the most beneficial-generating sector until 2025 or longer.