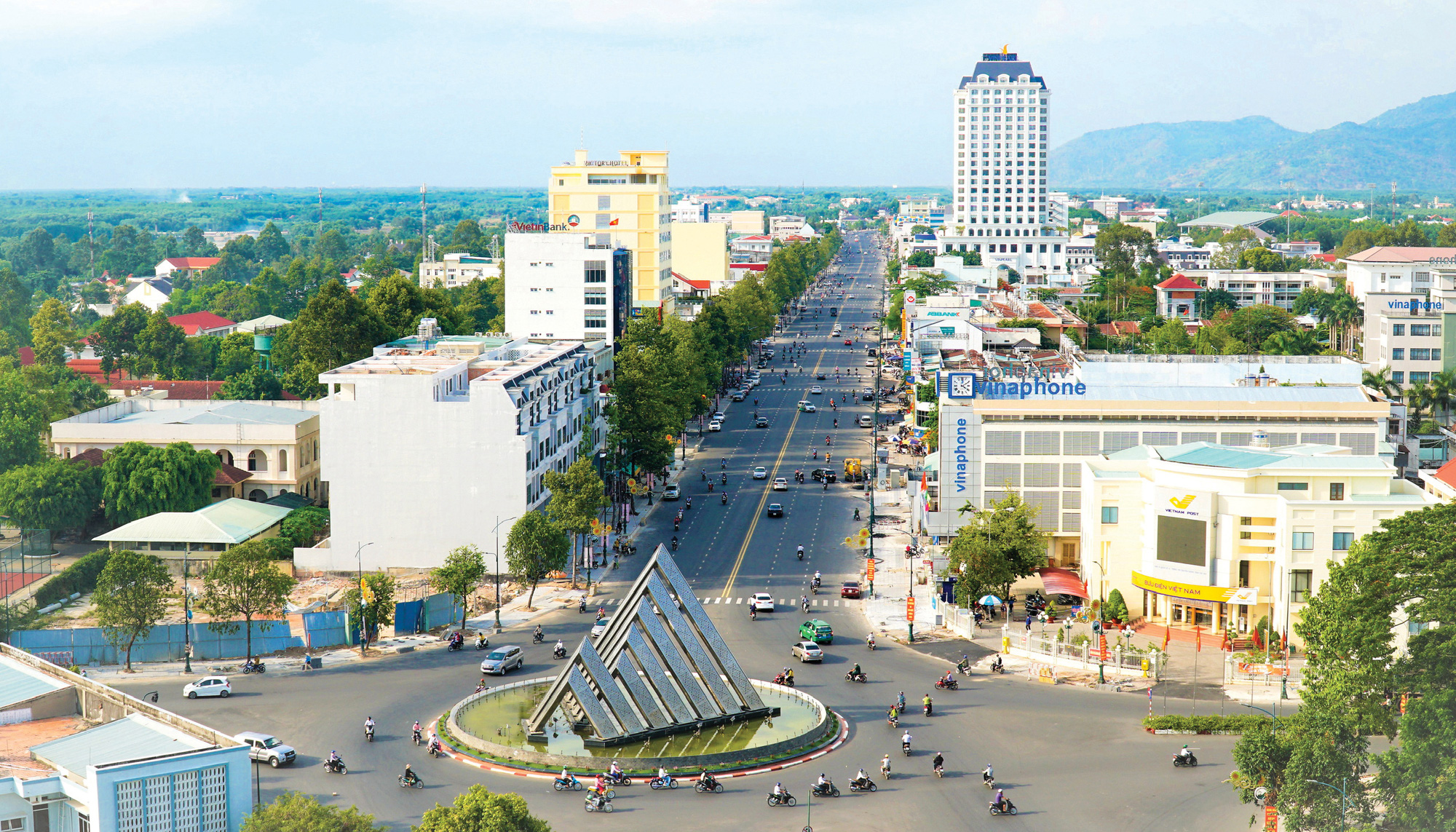 Tay Ninh Province in southern Vietnam has been ramping up investment into a series agricultural and infrastructural initiatives aimed at accelerating the province’s overall development.

Compared to the 2015-20 period, Tay Ninh has spent the year expediting its development projects, beginning with the construction of major roadways throughout the province.

From avenue to expressway

30/4 Avenue has long been a favorite road for local residents and visitors alike.

It is the only road in the entire province without electric wires or utility poles, creating a more esthetic view of the pastoral landscapes.

Other beloved Tay Ninh roads include Dien Bien Phu Road, a 4.3 kilometer thoroughfare built in 2017 to connect the Tay Ninh Holy See and Ba Den Mountain. Since its opening, supporters of the province’s development plan have lauded Dien Bien Phu Road as an important booster to local connectivity and tourism.

The Ben Cay Oi Bridge, which spans the Vam Co River to connect Hoa Thanh and Phuoc Vinh Communes in Chau Thanh District, is another recently built project which has been a key component in the local development plan.

Ben Cay Oi Bridge was opened to traffic in late July 2020 and has since aided local residents in traveling and transporting goods, which has in turn helped promote socio-economic development in the area.

Following its scheduled completion in 2025, the expressway will shorten travel time between Ho Chi Minh City and Tay Ninh from two and a half hours to one hour.

In early 2017, Tay Ninh authorities organized an international conference on developing an agricultural value chain with international market integration, marking a significant turning point of the province's agricultural sector illustrated by a shift to organic farming and high-tech agriculture.

At the event, provincial leaders affirmed that their development plan would reduce production costs, increase profits, and raise the competitiveness of the domestic agricultural industry.

At an international conference organized by the Ministry of Agriculture and Rural Development in mid-2016 to identify Vietnam's organic agricultural products, Tay Ninh registered such projects as the development of organic agriculture, high-tech agriculture and restructuring based on value chains and market orientation, adjustments to livestock production to ensure biosecurity and environmental protection, and organization of model fields.

Tay Ninh is home to 658 farms, including 52 large-scale livestock farms. The province has attracted several projects from major investors including Tanifood’s fruit processing factory with a capacity of 500 metric tons of raw materials per day, Vinamilk’s dairy farm with over 8,000 cows, and Farm Vietnam’s chicken farm with more than one million chickens.

With all these new development projects, many believe that Tay Ninh is rapidly transforming into a must-visit destination for travel enthusiasts.

It is likely that these achievements will create an important premise to contribute to building a wealthier, more innovative Tay Ninh Province.

3. Developing the tourism sector with the focus on turning the Ba Den Mountain tourist site into a national-level tourist destination and an attractive beauty spot of the southeast region

4. Boosting human resources along with administrative reform and application of information technology

In 2018, the provincial People's Committee kicked off a VND1 trillion ($43.9 million) project to build irrigation works in the west of the Vam Co Dong River.

The project is expected to be completed in 2022 and provide water for 17,000 hectares of agricultural land in Chau Thanh and Ben Cau Districts.

It will also create an opportunity for farmers in the localities to shift to industrial crops with higher economic value.