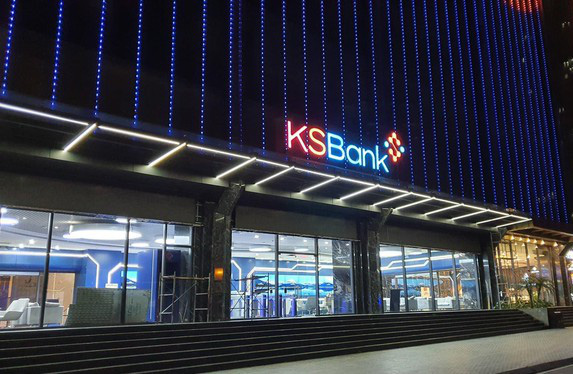 A commercial joint stock bank in southern Vietnam has seen its application for changing its shortened English name denied by the State Bank of Vietnam, after the applicant has used the new name for most of its banking units.

The board of directors of Kien Long Commercial Joint Stock Bank (Kienlongbank), based in Kien Giang Province, has proposed its shareholders stop changing the abbreviated English name from ‘Kienlongbank’ to ‘KSBank,’ since the central bank has rejected its application for such change.

The proposal was included in a document prepared for the agenda of the extraordinary general meeting scheduled to be convened on December 28.

Early this year, along with the appearance of a new group of shareholders, Kienlongbank proceeded with a plan to change its shortened English name as well as its brand identity system.

In April, the bank announced its shortened name to be changed from Kienlongbank to KSBank with a view to convey a clear message and go in line with the bank’s goal of digitization in its new development plan.

Accordingly, ‘K’ in ‘KSBank’ represents the brand ‘Kien Long,’ while ‘S’ stands for a symbol for the geographical shape of Vietnam.

In July, the bank’s shareholder meeting passed a resolution to apply the new shortened name as ‘KSBank,’ and the new name has since been used for most of its branches and transaction offices nationwide.

The bank later applied to the central bank for the new name to be shown in its license for establishment and operation in replacement for the existing name.

The central bank, however, has rejected the application for the reason that the lender had failed to comply with regulations and procedures related to brand name changing.

The disapproval means Kienlongbank will have to remove the ‘KSBank’ signboard that has been used for several months and re-install the former one.

Kienlongbank, which was officially put into operation in October 1995, now has 134 facilities, including 31 branches and 103 transaction offices, and 165 ATMs located in various provinces and cities nationwide, according to the bank’s website.