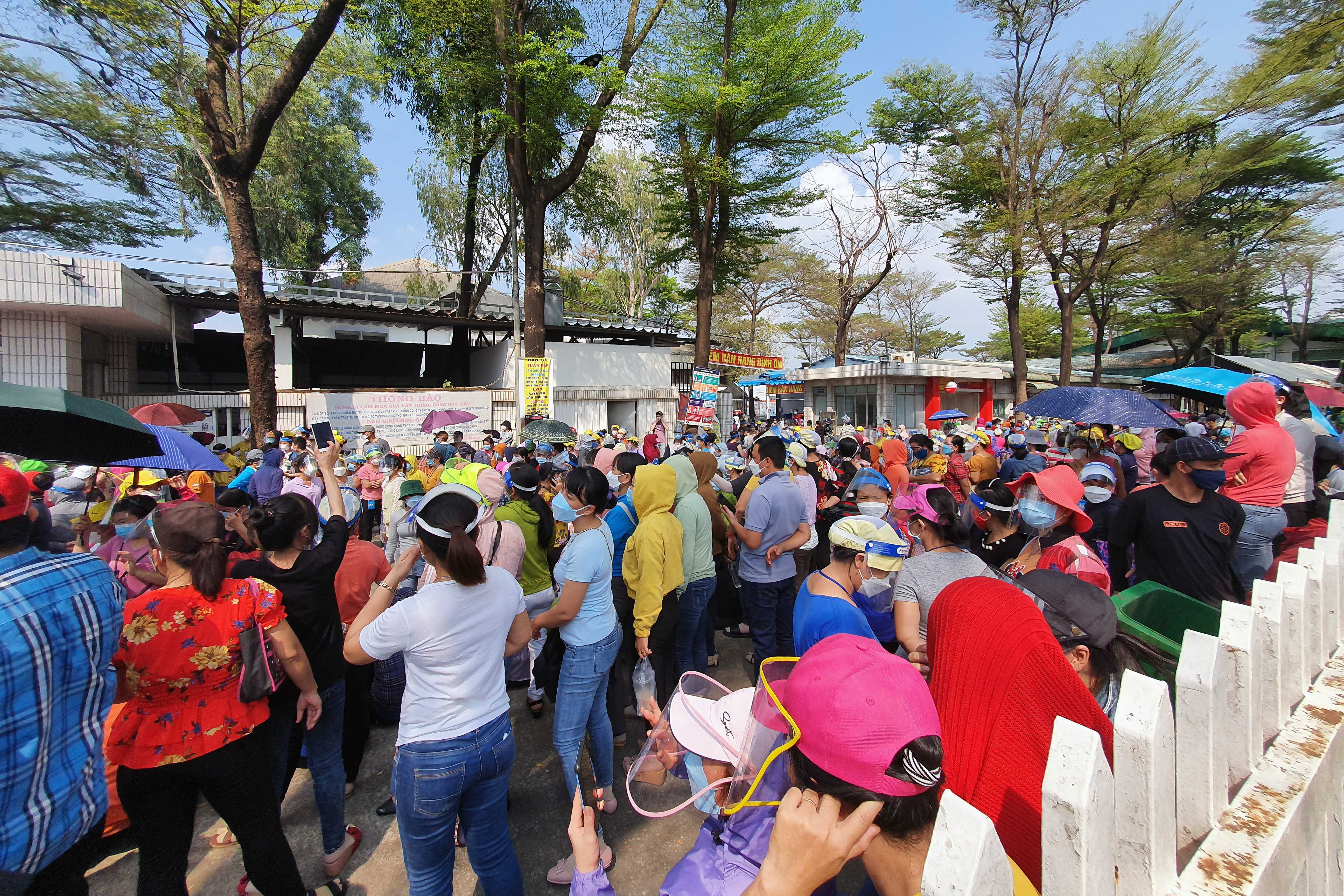 The Taiwan-owned company supplies to Nike and Adidas.

Workers at the factory in Bien Hoa City complained that the company cut their year-end bonus to the equivalent of between 1 and 1.5 months of salary, from 1.9-2.2 months in the previous years, Tuoi Tre newspaper reported.

Pou Chen did not immediately respond to a request for comment.

Photos on the newspaper's website showed several hundreds of people standing in front of what appears to be the factory and in a nearby park.

All of the factory's 16,000 workers stopped working due to the strike, the report said.

The city authorities are negotiating with the company executives to raise the bonuses to last year's levels, Tuoi Tre reported, citing the chairman of the city's People's Committee Nguyen Huu Nguyen.

"The workers also need to share the difficulties with the company which had to suspend production for a long time last year due to the pandemic," Nguyen was quoted as saying.