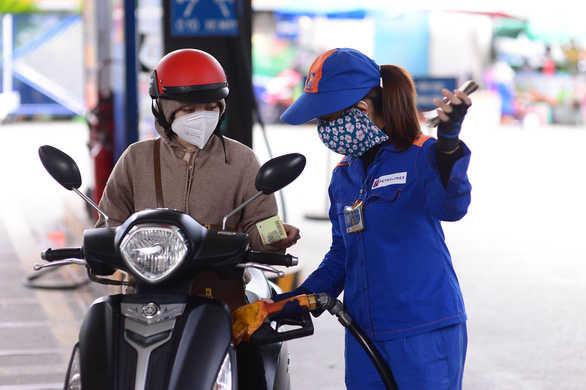 Malaysia’s export of gasoline to Vietnam at $0.6 per liter incorrect information: ambassador

Vietnamese Ambassador to Malaysia Tran Viet Thai has refuted media reports about Malaysia’s export of RON95 gasoline to Vietnam at VND13,000 (US$0.6) per liter, saying the coverage was inaccurate and caused unnecessary misunderstanding.

The Vietnamese Embassy in Malaysia also sent a report on the issue to the Ministry of Industry and Trade.

At a seminar on the promotion of exports to Malaysian and Islamic markets held by the Investment and Trade Promotion Center of Ho Chi Minh City on June 2, Thai claimed that Malaysia had agreed to export gasoline to Vietnam at VND13,000 per liter, at a time when petrol was sold at VND31,573 ($1.36) a liter in the Vietnamese market.

The Vietnamese Ministry of Industry and Trade, which regulates the fuel market, then demanded that the embassy in Malaysia elaborate on the supposed fuel export.

Thai has now clarified that the fuel prices mentioned were for the Malaysian market, saying that fuel there was subsidized to ensure price stability.

According to the Vietnamese Embassy in Malaysia, the prices are subsidized and adjusted through an automatic pricing mechanism regulated by the Malaysian Ministry of International Trade and Industry.

The rates have been unchanged since February 27 and will be maintained until June 8, 2022.

“The embassy affirms that the prices apply to domestic Malaysian sales only. They are not applicable to exports, and were not proposed by the Malaysian side,” Thai said in the report sent to the trade ministry.

The Malaysian government agreed to export 300,000 tons of RON95 gasoline to Vietnam, equivalent to 360,000 cubic meters, not 300,000 liters as previously reported by local news agencies.

Such tentative exportation has been discussed by high-ranking officials of the two countries.

The Malaysian Minister of International Trade and Industry also phoned the president of Malaysian oil and gas company Petronas to discuss the issue.

The issue was mentioned in a cooperation agreement after a visit to Vietnam by the Malaysian Prime Minister.

A Vietnamese official in charge of fuel imports said it would be difficult to purchase gasoline from Malaysia because they would sell petrol to foreign markets at the market prices, not the preferential rates offered to their local buyers.

Additionally, international agreements are often concluded "on the basis of friendship" so they are hard to realize, the official said.

Bui Ngoc Bao, acting chairman of the Vietnam Petroleum Association, said that the volume of fuel imports from Malaysia accounted for a very small proportion in Vietnam’s total fuel imports, while the bidding prices were high, even higher than the prices charged by many other markets.

Therefore, the importation of gasoline from Malaysia at a low price is unfeasible.

The Vietnamese Government Office had earlier sent a document to the Ministry of Industry and Trade citing Prime Minister Pham Minh Chinh’s direction on the fuel prices and the possibility of Malaysia’s supply of fuels to Vietnam.

Specifically, the prime minister asked Minister of Industry and Trade Nguyen Hong Dien to keep a close watch and work with relevant agencies on the issue in line with the law.

The local retail prices of fuel products, including RON95 gasoline, have continuously risen over the past few months.