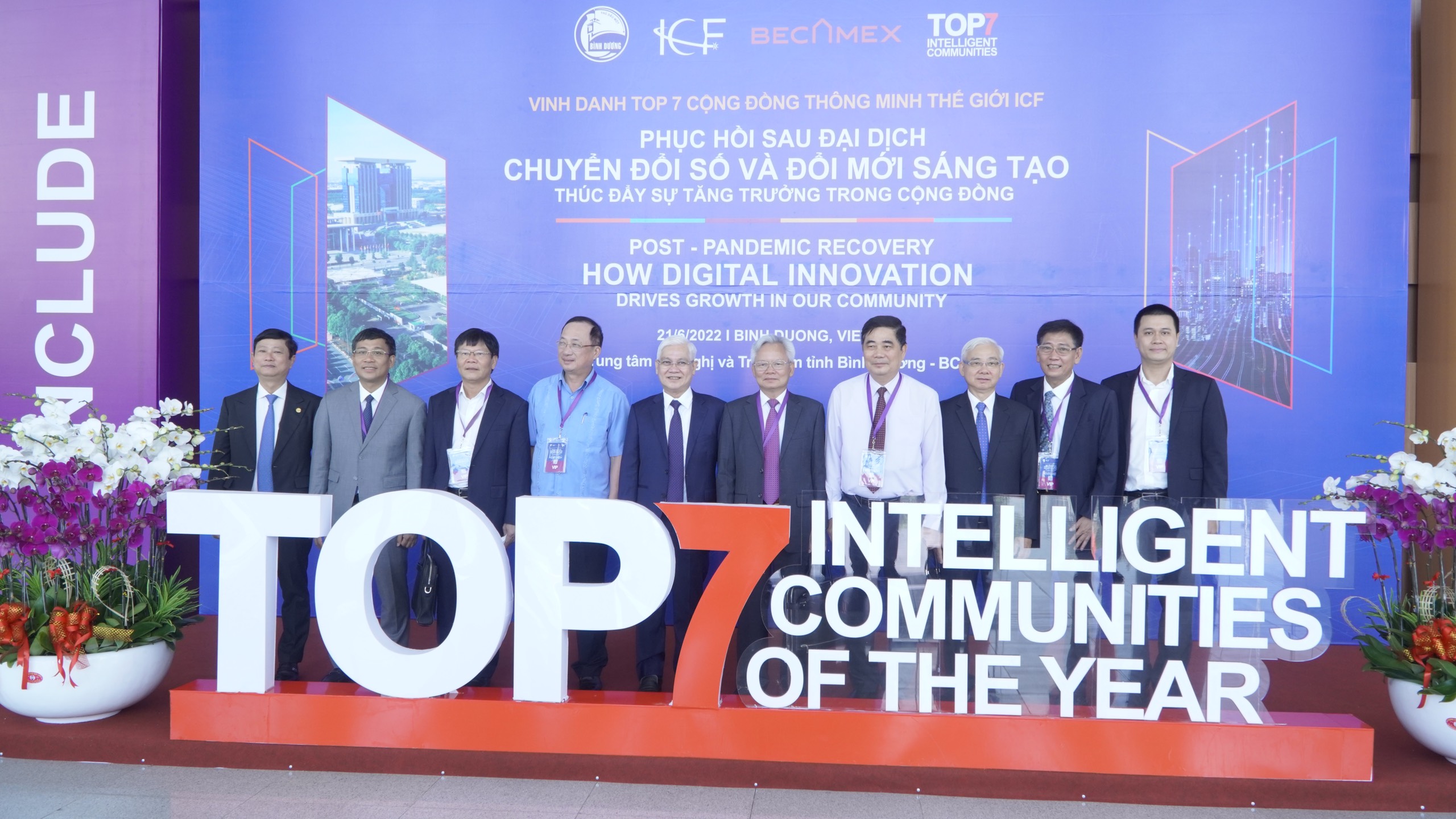 In order to get recognized as one of the Smart21 Communities, Binh Duong smart city and other cities around the world had to meet strict criteria including broadband coverage, equality in digital access, innovative workforce, and support for sustainable development, said Louis Zacharilla, co-founder of the ICF.

The ICF gathers nearly 200 prosperous smart cities in the world, Zacharilla continued, adding that it offers a chance for organizations and businesses in Binh Duong and Vietnam in general to connect with the international community.

Many provinces and cities across Vietnam are building smart cities, but Binh Duong has its own approaches, said Mai Hung Dung, standing vice-chairman of the Binh Duong People's Committee.

The Binh Duong smart city project, initiated in 2016, focuses on the interaction between the state, research institutes, and universities and businesses to create an innovation environment and find solutions to increase labor productivity and improve incomes of local residents.

It also highlights the cooperation with cities and major corporations around the world, creating an effective channel to attract investment, Dung elaborated.

Statistics from the Ministry of Planning and Investment showed that Binh Duong Province led the country in terms of foreign direct investment (FDI) in the first five months of 2022 with over US$2.5 billion, followed by Bac Ninh Province with $1.65 billion and Ho Chi Minh City with $1.3 billion.

The southern province recently started the construction of many new industrial parks and attracted major projects such as the $1 billion factory of LEGO Group.

On the sidelines of the ceremony, hundreds of Vietnamese and international delegates attended a conference on post-pandemic recovery, digital transformation, and innovation.

Tran Tuan Anh, Politburo member and head of the Central Economic Commission, and many officials of the Party and state were among the attendees.