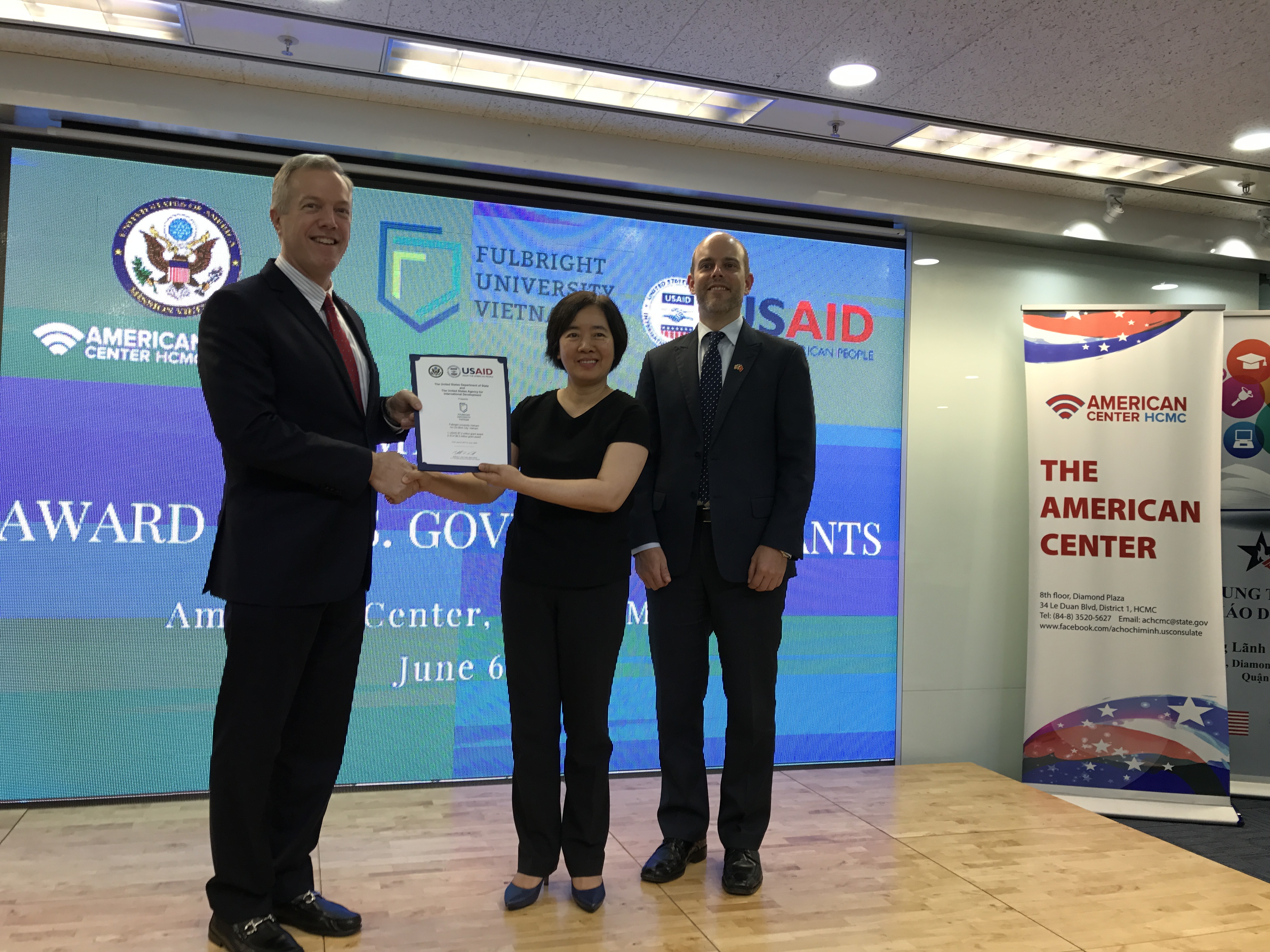 The Fulbright University Vietnam (FUV) on Tuesday received two grant awards totaling US$15.5 million from the U.S. government, the university said in a press release the same day.

The first grant was the three-year grant award in the amount of US$7.2 million by the United States Agency for International Development’s (USAID), announced by the U.S. Ambassador Ted Osius at the granting ceremony at the American Center in Ho Chi Minh City.

“This is the first USAID grant award to FUV and underlines USAID’s commitment to the development of Vietnam’s higher education system,” Ambassador Osius stated at the event.

“It will also strive to ensure that FUV’s programs will be affordable and accessible to the brightest students in Vietnam, regardless of their socio-economic background.”

Ambassador Osius also presented FUV President Dam Bich Thuy with a grant award of US$8.3 million from the State Department’s Bureau of Education and Cultural Affairs (ECA), administered through the Trust for University Innovation Vietnam.

The State Department has had a long history of support for FUV’s predecessor, the successful Fulbright Economic Teaching Program.

This award reaffirms its renewed commitment to the success of Fulbright University Vietnam.

“[The grant awards] is significant support for the development of FUV at this critical juncture,” FUV President Thuy said.

“We look forward to a continuing partnership as we write the next chapter in the U.S. – Vietnam relationship.”

FUV will open its doors to its first Master’s degree students this September.  The first incoming class of undergraduate students will begin in the fall of 2018.