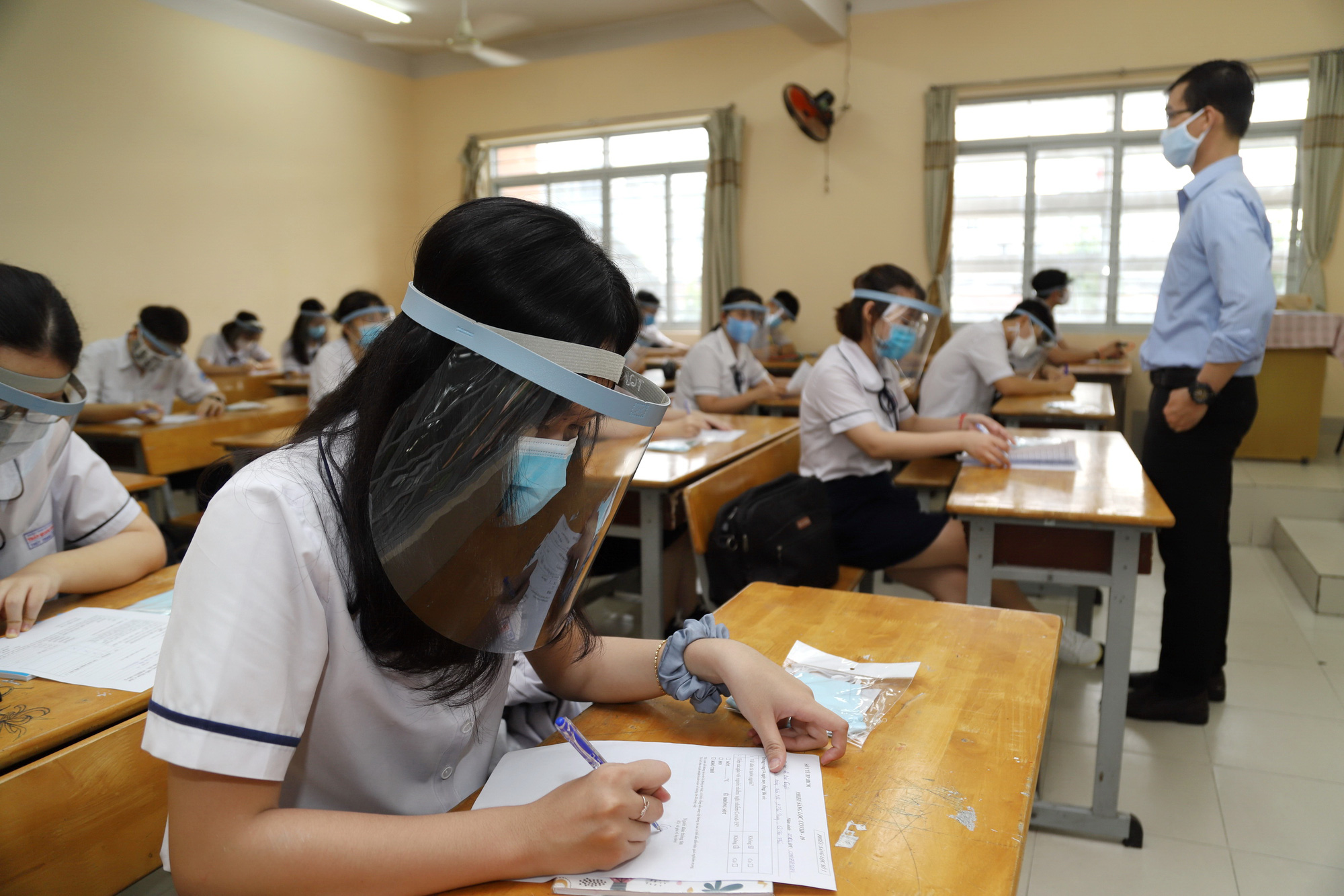 Students across Vietnam returned to school on Monday morning following a prolonged school closure due to the novel coronavirus disease (COVID-19) epidemic.

Many localities had already allowed partial school resumption on Monday last week, but for others, including such major cities as Hanoi, Ho Chi Minh City, and Da Nang, May 4 is the back-to-school day after three months.

Due to the complicated epidemic, all students in the Southeast Asian country had been told to stay home for their safety since the end of the Lunar New Year holiday in early February.

In Ho Chi Minh City, the administration allowed ninth and twelfth graders to return to school on May 4, while students of other grades will take turns resuming their education in the following weeks.

Ninth and twelfth graders had a meeting with their homeroom teachers on Monday to learn about safety measures during the COVID-19 epidemic, while lessons will start on Tuesday.

At Le Van Tam Middle School in Binh Thanh District, students waited in five lines to have their body temperature measured before entering the school.

Nearly 400 ninth graders of nine classes are now divided into 14 classes, each having about 23 students, according to Nguyen Anh Tuan, the headmaster.

Half of these classes study on even days while the others on odd days of the week. Students are seated one meter from one another in the classroom.

Similar methods are also applied at other middle and high schools in the city.

Middle and high schools in the capital were reopened on Monday, whereas students of other grades will return on May 11.

All schools have made careful preparations for the comeback of their students.

Students were subject to temperature checks before entry and were required to wear face masks on campus.

A safe distance was maintained between the students in their classrooms.

In the central city of Da Nang, all students from grades one to 12 returned to school on Monday morning.

They had their body temperature monitored and sanitized their hands before entering the schoolyard.

Many schools have removed recess time and only let students take a short break in their classrooms at the end of each period.

Nearly 46,000 students of grades eight to 12 in the Mekong Delta city of Can Tho came back to school on Monday, while those of grades one to seven will return on May 11.

At Luong The Vinh Middle School, students of 53 classes have been divided into 73 classes for physical distancing.

Eighth graders will study in the morning and ninth graders in the afternoon, said principal Vo Thanh Tam.

At Chau Van Liem High School, students will spend the first week learning safety measures regarding the COVID-19 epidemic as well as reviewing their previous lessons.

The back-to-school day in some other provinces in Vietnam can be seen in the following photos and videos:

Students return to school in Nghe An Province on May 4, 2020. Video: Tuoi Tre

Tran Doan Dinh Phap is fighting for a brighter future