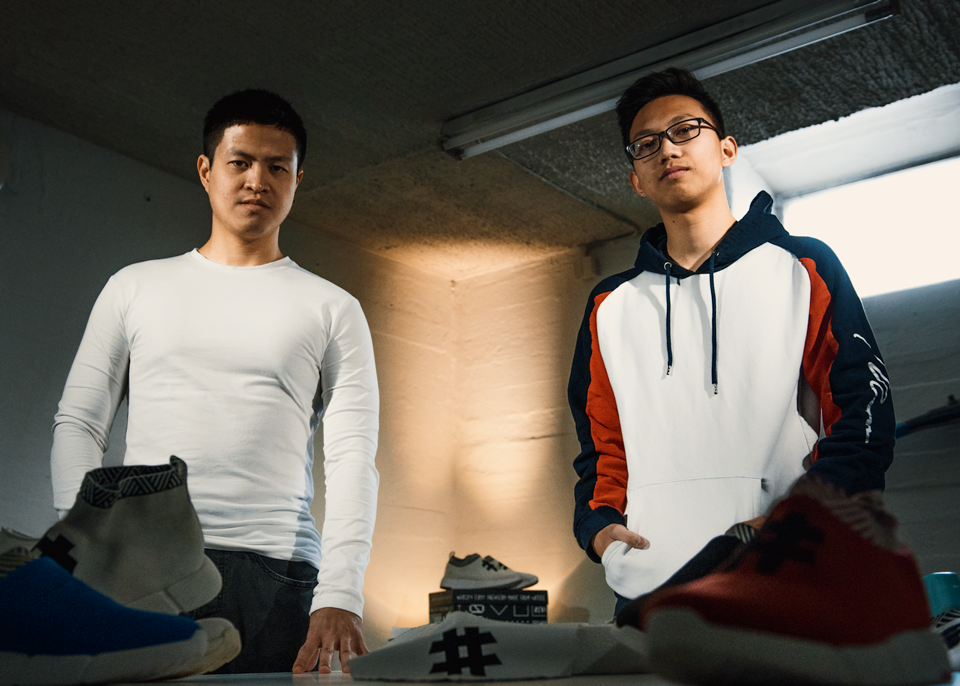 Two Vietnamese students in Finland showing an interest in both fashion and environmental issues have found unlikely success with their special ‘coffee sneakers’ made from recycled coffee grounds and plastic waste.

Tran Bao Khanh, 27, and Chu Hoang Son, 23, were recently named in the Social Entrepreneurs category of the 2020 Forbes 30 Under 30 Europe list, which highlights “the young visionary leaders brashly reinventing business and society.”

The duo was celebrated for their Rens Original, a company that produces sneakers from used coffee grounds and plastic waste.

Khanh and Son were listed among other young entrepreneurs in Europe, including 17-year-old Swedish environmentalist Greta Thunberg, in the category, which honors “leveraging business smarts to save the world.”

“What do you do with your discarded coffee beans? This Vietnam-born duo is recycling them by turning discarded grounds into fresh kicks,” Forbes introduced the duo.

“The Helsinki-based company has sold their sneakers to individuals in over 100 countries,” it added.

The young Vietnamese men’s crowdfunding campaign on Kickstarter last year attracted over 5,000 backers who pledged more than US$550,000 of a $19,000 goal in just two months to help bring their project to life.

According to discounted prices for pre-orders shown on Rens Original’s website, the company’s nine sneaker designs fetch the same price at $99.

The shoes are advertised to be 100 percent water-proof, odor-free, and sustainable.

It all began in the summer of 2017 with a chance encounter in a coffee shop between the two sneakerheads.

One of them had a background in sustainable manufacturing while the other had worked with fashion-heavyweights at Germany-based e-commerce company Zalando, Rens Original said on its website.

The two’s conversation quickly turned into a discussion on fashion and its impact on the environment before an idea struck them: they wanted to make “a [pair of] sustainable sneaker[s] that sneaker enthusiasts actually want to wear.”

“We believe that sneaker enthusiasts deserve eco-friendly fashion that doesn’t slouch on features or style,” the company expressed.

After their first trial with cotton sneakers, which were “quickly abandoned” because the sneakers were “not sustainable enough,” the two ended up discovering a high-tensile thread can be pulled from used coffee grounds.

In a recent interview with Tuoi Tre (Youth) newspaper, Khanh called what he and his teammate are doing a combination of their passion for sneakers and the desire to do something for the environment.

“As the fashion industry has left some negative impacts on the environment, we were looking for a product which is both environment-friendly and trendy,” Son added.

Son also said he and Khanh drew experience for their job from their past positions at shoe manufacturing companies.

“We tested a variety of materials and spent six months on testing organic cotton, but the material did not work,” Son recalled. “Then we found our luck with used coffee grounds.”

“We started mixing coffee grounds with recycled plastics to a certain ratio, eventually producing polyester threads which are capable of making shoes,” Son described the process.

“It took us a year to produce our very first pair of shoes, which we used to start a crowdfunding campaign.”

According to Khanh, the first sample pair of shoes won over some investors who pinned high hopes on the product and wanted to make investments.

“We almost ran out of budget for three times but always met investors who saw our potential and funded us,” he said.

The 27-year-old believed everything in life happens for a reason.

“I think it’s because we’ve always worked hard after graduation, so we were able to build up connections and impress investors,” he explained.

“That’s why they were willing to invest in the beginning.”

The co-founder shared that his company has recently received capital from investors in the U.S., Germany, and Malaysia, right before the novel coronavirus disease (COVID-19) epidemic broke out in Europe.

According to Khanh, Rens Original is running “steadily” with most products being manufactured at Chinese factories before being stored in Hong Kong for export to North America, Europe, and Australia.

During the first year of selling their products in 2019, Khanh and Son shipped around 6,000 pairs of sneakers globally.

“According to some surveys, customers love our product because it features both fashion and environment values,” Khanh said.

“We are also working on some improvements to our future products.”

Son, the other founder, proudly said his company currently employs 14 talented staff members who are immigrants from China, the Czech Republic, Hungary, Nepal, and more.

In the interview with Tuoi Tre, the duo recalled their path of becoming entrepreneurs in Finland for two people with Vietnamese backgrounds.

“I came to study economics at the end of 2011 while Son chose information technology in 2014,” Khanh said.

“To be honest, during our time in school, we only wanted to achieve good scores and then find a stable job, and did not dare to dream any further because we thought we did not have an edge over local students,” he admitted.

“Until one day, I realized that Vietnamese students do have advantages of our own. For example, I understand the Asian and Vietnamese markets.

“Since then, I have started to think about my strengths and weaknesses to figure out my path in life."

“Khanh and Son have been through a long journey. Their idea and products are highly appreciated by investors including us,” Tempakka commented.