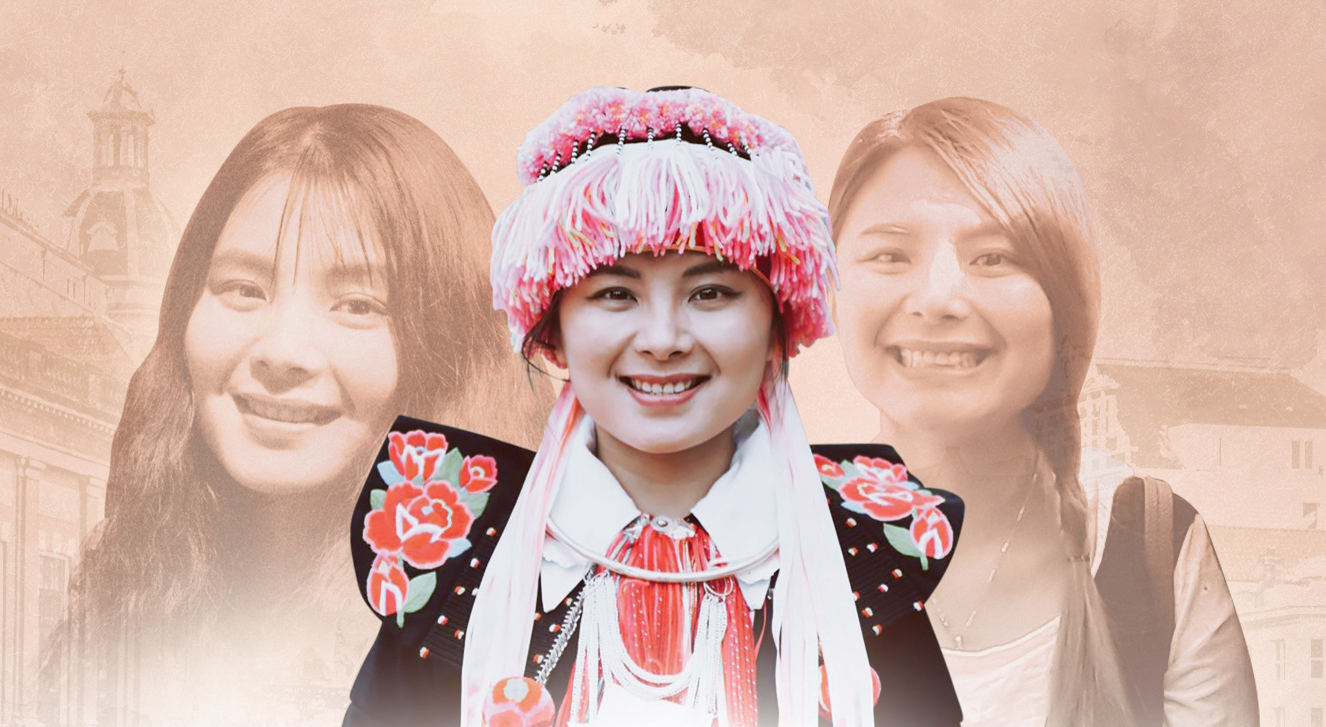 A young woman from the northwest mountains of Vietnam has defied the odds to become the first ethnic Dao Tuyen to earn a master’s degree abroad through a full-degree scholarship awarded by the European Union.

Chao Thi Yen, a member of the Dao Tuyen ethnic minority, is an inspiration to her community because of her climb out of poverty and into a position to help children from ethnic minority villages across Vietnam through her work with the non-profit organization People and Nature Reconciliation (PanNature) in Hanoi.

Chao Yen’s recently published autobiography 'Duong nguoc chieu — Tu ban nguoi Dao den hoc bong Erasmus' (Against the Odds — From Dao Ethnic Village to Erasmus [Mundus] Scholarship) describes her journey from the rural village in Vietnam where she was born to becoming the first Erasmus scholarship recipient in her community.

Adversity can either break one or make them stronger

It took Yen two years to write her autobiography, a detailed version of her rise from poverty to a position where she could help those who had grown up with next to nothing.

Much of those two years was spent with tears streaming down her face as she recalled the difficulties of her childhood.

As a teen, Yen never thought she would find herself anywhere near earning a master’s degree.

She had been forced to drop out of high school in order to support her family after her father came down with a serious illness.

After three years of serving as her family’s primary breadwinner, she was able to convince her parents to let her go back to school, promising them she would become the first person in her family to go to college.

But her dreams took her much further than a bachelor’s degree.

In 2016, two years after graduating with distinction from the Vietnam National University of Forestry, Yen won a full scholarship, worth US$50,000, as part of the Europen Union's prestigious Erasmus Mundus program.

Not only would she be the first member of her family to study overseas, but she would be the first female from any of the underprivileged communities dotting the Vietnam-China border to study in a different country.

Now, her goal of ending her own poverty has ballooned into a dream to fight poverty in all of Vietnam’s ethnic minority communities by providing sustainable living opportunities and ending decades of endemic high school dropouts.

Without the work ethic that helped her earn the scholarship and financial assistance she needed to pursue an education, Yen might not have ever made it out of her small village.

Now, with support from several donors and a pledge to donate ten percent of the proceeds from her autobiography, she has created a scholarship fund to help the youth from her hometown and from the Vietnam National University of Forestry follow in her footsteps.

In her current job, the woman works to prevent deforestation in areas inhabited by poverty-stricken communities in order to help them maintain sustainable livelihoods.

According to Yen, despite the growing number of opportunities for children from her hometown to earn an education, many still choose to drop out and work in factories and restaurants in the northern province of Lao Cai.

Others, she said, simply do not care about learning and would rather spend their day staring at a smartphone and uploading pictures of their lovers to social media.

Still, Yen sees her hometown as a symbol of optimism for the future and a sign that tradition and development are able to coexist in harmony.

The period between 2007 and 2017 is a prime example, with many choosing to discard modern clothing in lieu of her ethnicity’s traditional dress.

Women in the town also used the period to revive an age-old tradition of sewing and embroidery and the village elders began teaching love songs to the youth.

People have even begun seeking out Dao Tuyen language classes, she said.

As part of her contribution to sustaining her people’s traditions, Yen has started work on a second book, in which she describes her childhood and the unique customs of her village.