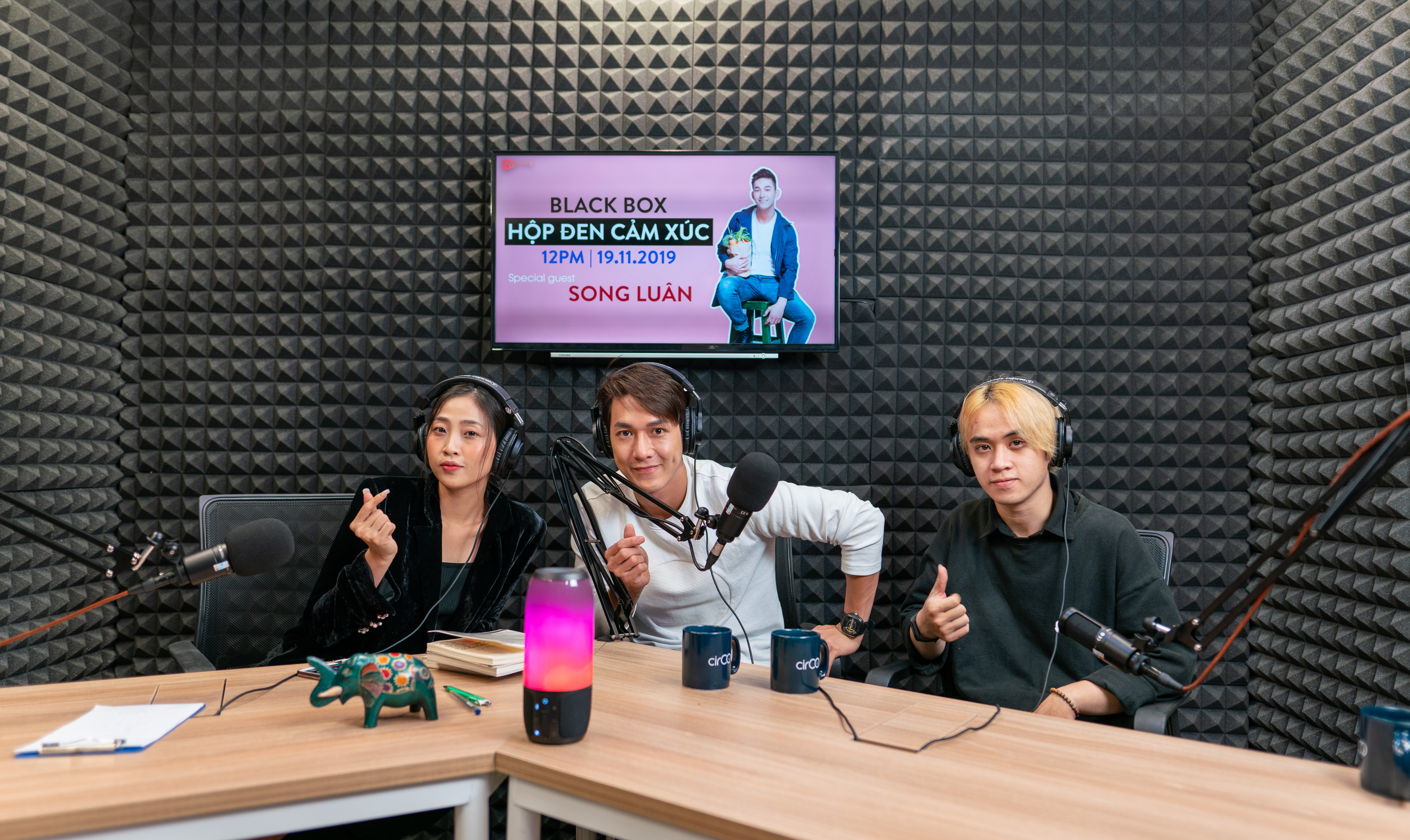 In late 2017, when podcasts were just beginning to cement a foothold in the daily media rotation for consumers around the world, Michael Tatarski and his team at Saigoneer were dipping their toe into the format — one of the first English-language attempts at podcasting to a Vietnam-based audience.

Saigoneer, an online publication which covers life in Ho Chi Minh City and Vietnam at large, was founded in 2012, primarily as a means of keeping Saigon’s English-speaking residents updated on the city’s events, cultural happenings, and popular street food haunts.

The obvious evolutionary move for the online publication was to launch a podcast. With so much competition to capture readers’ attention with new, unique content, Tatarski and his team, at the very least, had to “give it a shot and see what'll happen.”

Now, two years later, it is obvious that "shot” proved to be nothing short of a slam dunk.

“We have tons of readers in Vietnam, but a lot of our readers live overseas, so that's where I assumed we would find our initial listeners,” he told Tuoi Tre News.

“Now I'm pleased to see that the majority of our listeners come from within Vietnam, so there’s an obvious appetite for podcasts in the local market.”

The term ‘podcast’ was first coined by British Journalist Ben Hammersly in a 2004 column written for The Guardian in reference to recorded broadcast audio content meant to be downloaded and listened to on portable devices, such as an iPod.

A few months later, the New Oxford American Dictionary declared ‘podcast’ its Word of the Year.

Since then, it has been full steam ahead for the podcast boom, with giants such as Apple, Google, and Spotify muscling their way into the market with apps and features for users to stream and download new and archived episodes of their favorite podcasts.

As of April this year, there were more than one million podcast shows with a combined 30 million episodes globally, according to the Infinite Dial 2020 report by Edison Research.

Despite the global boom, the podcast scene in Vietnam remains modest, Tatarski said, remarking it is otherwise “fairly diverse in terms of what gets discussed."

“Given the huge popularity of podcasts in the U.S. and Europe, I'm sure it's only a matter of time before they grow here."

According to a report released in January by local PR agency EloQ Communications, awareness of podcasts is rising in Vietnam and the Southeast Asian country is a viable market for the format to thrive.

Waves, a startup which aims to develop “a podcast ecosystem for the Vietnamese,” is also optimistic that the market for audio-based content in Vietnam will grow, thanks to the rapid proliferation of smartphones and high Internet connectivity.

“There are some 50 million Vietnamese who consume digital content on social media for an average of 2.5 hours a day,” Sang Do, Waves' head of partnerships, told Tuoi Tre News.

“Most importantly, Vietnamese people have an established habit of listening to the radio and also spend a healthy amount of time on YouTube.”

Several organizations involved in the industry share a common sentiment of a positive forecast for podcast growth in Vietnam.

“Podcasts will likely become a more popular medium for consuming aural content for those who travel by public transportation as the market begins to mature,” said Tran Binh, deputy head of the digital content division under the news and current affairs department of Voice of Vietnam (VOV) radio.

VietnamPlus, the official English-language online publication of the Vietnam News Agency, is convinced that the popularity of podcast platforms, smart speakers, and hi-tech audio systems for cars in Vietnam will result in a dramatic increase in podcast listeners throughout the country.

Joining podcast forums and online communities in Vietnam has opened the eyes of Nguyen Hoang Nhat, deputy editor-in-chief of VietnamPlus, to how big the number of podcast listeners is.

“Vietnamese who listen to such popular podcasts as BBC News and Ted Talk as a way to improve their English listening skills may also want to try out programs hosted in their mother tongue, but they simply don’t have access to the same massive selection that is available in English,” Nhat said, adding that “VietnamPlus podcasts are meant to narrow this gap.”

As much as these experts are upbeat about the potential of Vietnam’s podcasting industry, they do acknowledge that podcasts will not be a moneymaker anytime soon.

“Potential advertisers [here], for example, aren't yet familiar with [podcasts].”

Similarly, Nhat explained that VietnamPlus podcasts are meant solely to “spread information,” rather than earn money.

“Once podcasts gain enough traction in Vietnam, we will start to think about monetization.”