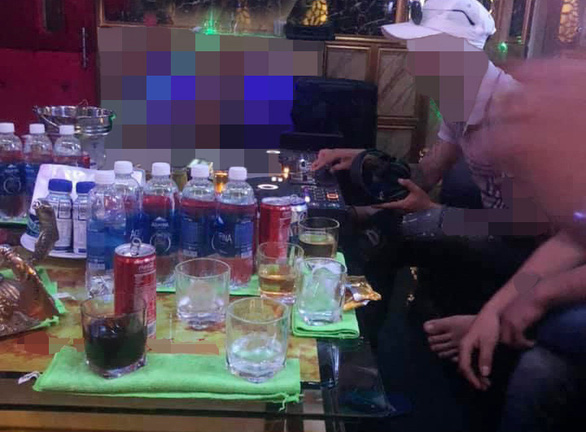 It has long been a poorly kept secret that those in search of illegal drugs merely need step into Vietnam’s large discotheques and bars. In recent years, however, smaller karaoke parlors and hotels have been carving out their own section of the lucrative drug market.

“People who use drugs in discotheques and bars might be destroying their health, but they bring a lot of money to business owners,” said H.S., the owner of a drug-free karaoke parlor.

S.’s comment is indicative of a growing trend in Vietnam’s drug market that has seen a shift from large, well-known bars to small and medium-sized establishments.

In Vietnamese, getting ‘high’ is referred to as ‘flying.’

As the drug market in the country continues to grow, so does the number of ‘airports,’ with each business hoping to attract a different style of customers.

But while there is definitely money to be gained from opening an ‘airport,’ setting up shop comes with a hefty price tag.

Five years ago, building a 30-room karaoke parlor equipped with quality lighting and an audio system cost around VND10-15 billion (US$432,000-648,000). Now, that number has nearly tripled.

“Karaoke television [KTV] restaurants and bars are popping up all around the city and the newer ones are pretty fancy.”

According to Sau, a venue’s LED lighting and audio system are all a well-trained eye needs to determine whether or not it is an ‘airport.’

“We earn good money, but it’s not an easy job,” said Thu, the female owner of a KTV restaurant in Ho Chi Minh City, explaining that it takes a good relationship with authorities and a vast underground network to build a proper ‘airport.’

“Not to mention the fierce competition between the restaurants.

“It’s like you’re standing on top of a hill and everybody has their eyes on you.

“If you don’t have good connections, you’re going down for sure.”

According to experienced KTV restaurant owners, it takes just one to two years to break even, as long as the owner can keep a steady stream of customers.

The ‘sharks’ themselves, however, typically stay arm’s length from their businesses, often putting them in someone else’s name, in order to escape legal repercussions should they be raided by police.

This patsy, usually a security officer, janitor, or motorbike taxi driver, earns VND10-20 million ($432-864) a month, but is forced to take the fall should anything go south.

One particular ‘airport’ is located at a three-story house in an outlying district of Ho Chi Minh City.

On weekend nights, partyers rent soundproof rooms on the upper floors and buy drugs from the venue owners.

Small ‘airports’ like this operate frequently alongside larger karaoke bars and restaurants.

According to Sau, to find such a place, one simply needs to ask a ‘flying girl’ or ask a drug dealer for a list of ‘airports’ – typically high-end apartments or mini hotels with a dozen rooms located neatly inside a quiet alley.

For those tight on a budget, opening such ‘flying rooms’ is more economical than setting up a whole karaoke television restaurant.

Though they are not as fancy as large KTV venues, their privacy is highly valued by customers who wish to rent the room overnight and sleep until the afternoon the next day – a service not offered by professional KTV restaurants.

To set up a ‘flying room,’ all it takes is an apartment with at least two rooms, renovation and sound ventilation, proper lighting, and pillows and blankets.

“People shouldn’t come all at once,” said Sang, an ‘airport’ owner.

“Come in small groups of two to three at a time to avoid the neighbors’ attention.”