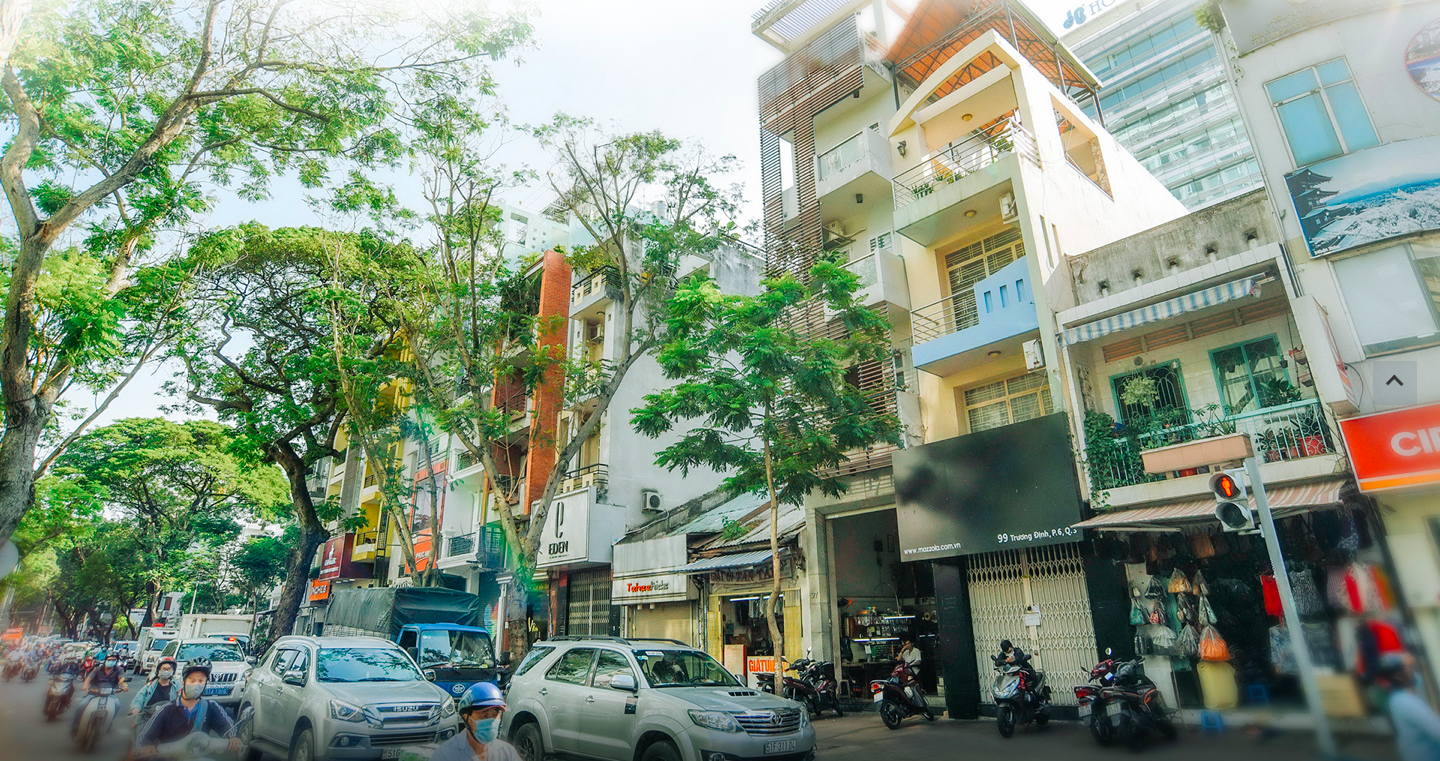 Tangled bunches of wires, engraved in people’s mind as an integral part of Ho Chi Minh City’s hustle and bustle, have been gradually disappearing.

The removal of the city’s iconic yet troubling scene has taken decades, involving dozens of agencies.

From piloting to mass implementing

The disappearance of messy nests of wires gives breathing space to the city and helps to boost sales of street front shops.

“As the tangle became a mess, it was tightened up with metal rings," she recounted.

"We lived on thin ice back then, worrying a short circuit might have caused a devastating blaze.

"In 2017, those wires started being unraveled and grounded."

Linh told Tuoi Tre she used to set up a shop sign in front of the building which encroached on the sidewalk.

“Since the wires were buried, the shop façade has been visible from afar, allowing us to attract more customers than before,” she added.

Nguyen Van Anh, a resident of District 6, said electrical and telecommunications cables in her neighborhood were only grounded in 2018.

Before, the wiring formed a convoluted net right in front of her house.

“It looked weighty," she said.

"I worried that once the pole might no longer bear such a burden and collapse, my house would have been destroyed.

"It was such a relief when the net was buried.”

Ho Chi Minh City’s plan of wire burial was first developed between 2003 and 2005.

The first-hand effort, however, did not completely address the wire plague since communications and lighting cables were still overhung.

The plan’s next phase took place in 2009-10 with the company implementing five projects of burying electrical and communications wires in some central areas including around the Ho Chi Minh City People’s Committee building, Ben Thanh Market, and on the main streets of Tran Hung Dao, Le Thanh Ton, and Truong Dinh.

These projects adopted a multi-objective approach of not only centralizing the management of metropolitan technical infrastructure but also upgrading the city’s sidewalk system.

The schemes started expanding in 2015 with electricity and communications sectors joining hands to bury tangled wires in District 1 and District 3.

Messy electricity poles have no longer been seen in the city center since the end of 2020 while the work has been continuing in outlying districts.

The undergrounding used to be done at the stakeholders’ discretion.

There was a time when sidewalks would be dug up once by the electricity company that had buried their wires, then telecom agencies came to do it again.

The cooperation has proven its role in changing the cityscape, preventing fire and contributing to the development of sustainable neighborhoods, according to Le Quoc Cuong, deputy director of the Department of Information and Communications.

As the project has been expanded, Cuong stressed upon the comprehensive cooperation and support from districts’ authorities along with awareness-raising efforts for people on the need of wire burial.

“It is an urgent demand to develop a procedure and mechanism able to link investors of public infrastructure projects, project managing agencies, sewage agencies, electricity and telecom companies in setting up the underground cable system aligned with traffic constructions,” said Cuong.

In the past 10 years, under the city authorities’ command, some 240 cable-grounding projects have been completed on 195 streets, burying nearly 2,200km of electrical wires.

These ambitious undergrounding projects depend on efforts of authorities to develop an urban underground infrastructure plan as a reference system for similar efforts, according to Nguyen Van Thanh, director of Ho Chi Minh City Power Corporation.

Besides, it is necessary to have citizens understand the need of these projects in improving living standards and the cityscape of Vietnam’s economic engine.

"We plan to recommend the city authorities to use 3D Geographic Information System in managing underground infrastructure, at the same time, providing data for the city’s public service portal.

"The technology is expected to create favorable conditions for the design, negotiation, implementation and investment of any undergrounding project.

"The company will also ask the authorities to accelerate assistance policies, offer incentives including increasing the current loan interest support of 50 percent to 100 percent."

Le Quoc Cuong, deputy director of Ho Chi Minh City’s Department of Information and Communications, said the city was the vanguard in tidying up and undergrounding telecom cables, funded by private agencies.

The city also pioneered the use of Geographic Information System in managing sectors of electricity, sewage and telecommunication as well as developing the public service portal named 1002, which was later duplicated in other provinces.

The telecommunication sector’s undergrounding was first conducted in 2000 on Le Duan Street.

Local authorities aimed to avoid replacing an overhead mess with an underground one by tasking the department with monitoring the burial of wires.

“Even in Ho Chi Minh City, people living in small alleys worked with authorities to bury wires to ensure safety.”