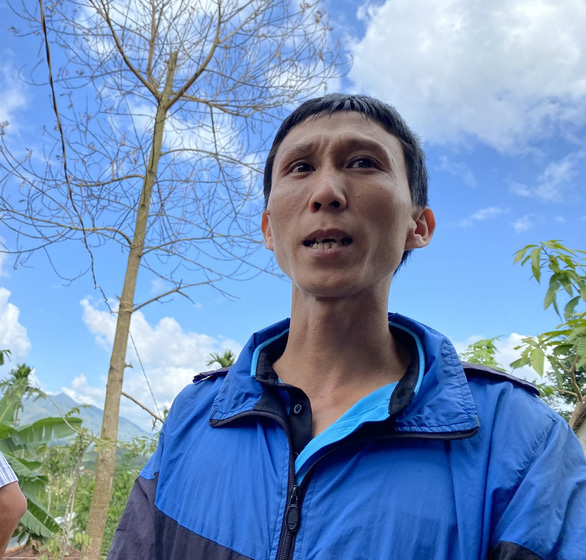 Vietnamese man goes out of his way to save lives, help the needy

Luong Thanh Thuy, an elementary school teacher residing in Quang Ngai Provnce, central Vietnam is doing his part to make sure no life is lost and no student is left behind.

The 32-year-old man has successfully saved two children from drowning.

The miraculous rescue bolstered his determination to extend a hand to those in need, a calling he has committed to over the past several years.

Thuy, a teacher at No. 1 Di Lang Town Elementary School, located in Son Ha District, is known in his neighborhood for his many good deeds and most recently, the brave rescue of two children from drowning.

Considering what he is doing as no big deal, he has done his utmost to help everyone.

That afternoon in mid-May, Thuy heard hysteric cries from a group of women while he was taking a swim in the river under the local Rin Bridge.

In the twilight, he spotted a child being pulled ashore to safety while two others were struggling frantically in the water.

The mothers were crying helplessly as their children slid into a deep sinkhole and were swept away into the swirling water right before their eyes.

Thuy immediately jumped into the currents to start searching and soon surfaced with one of the kids.

With no time to waste, he passed the unconscious child to two people passing by before taking another deep breath and diving even deeper into the water for the other kid.

After around eight minutes of hard search, the child was nowhere to be found.

Thuy was exhausted and started to lose hope. But the desperate cries of the child’s mother kept him motivated and focused.

His source of strength also came when the child he had previously rescued regained a pulse before emergency services arrived to rush the child to the hospital.

“I prayed for calmness and a miracle to help me locate the other child,” Thuy recalled.

With the direction of a local, Thuy was able to locate the child and quickly came to the rescue.

“My heart sank then at the thought that the child would not have stood a chance of survival after staying under the water for eight minutes,” Thuy further recalled.

“It’s a miracle that the child finally made it and was at the hospital rehabbing.”

Vo Thi Ha, mother of one of the two children whose lives were saved by Thuy, said her family had the brave man to thank.

Following their child’s full recuperation, Ha and her husband have visited Thuy to give their profound thanks.

“He has given birth to our son once again,” Ha shared.

Saving the two kids’ lives is not the only thing people in Thuy’s neighborhood remember about him.

The teacher has spent the past several years familiarizing himself with the faces of his neighborhood’s needy students and local people and has reached out to them when he is most needed.

He has gained the admiration of others with how he has gone to help out disadvantaged students and make sure they are not left behind in their academic pursuits.

Thuy serves as a beacon of hope and makes his mark on the community by helping many in need in and around Son Ha District.

Among his beneficiaries are 12-year-old Dinh Thi Huy and her two younger siblings, residing in Di Lang Town, who were left to fend for themselves after their father passed away and their mother left for work far from home.

Their story deeply moved netizens when it went viral.

Few, however, knew that Thuy is the first to post their touching story and images on social media in an effort to help the kids.

Until now, Thuy has helped cover part of Huy’s tuition fees and other expenses.

The dedicated teacher shared, though the student’s financial situation has not improved much, at least she and her siblings are now in the care of her mother.

He welcomes love and sympathy for Huy rather than calling for financial contributions, Thuy said.

After Thuy shared the information on social media, many people reached out to him offering donations.

He only accepted stationery, clothing, and food while steadfastly refusing monetary contributions, except VND7.5 million (US$329) to open a savings account for the girl.

Thuy said he cannot remember how many underprivileged students he has helped over the years.

In his recent charity trip, he brought gifts to needy members of the Cor ethnic minority group residing in Tra Bui Ward in the province’s Tra Bong District.

Education, rather than material comforts, is the best way to help the poor students and their families get out of their plight and lift their communities out of poverty, the man said.

“Only when the future owners of Ca Dam Peak [considered the province’s roof] receive proper education can they successfully fight poverty,” he added, looking down from the peak.

“For now, what my group and I are doing is spreading hope.

"I want the students and their parents to know there’s always someone that really cares for them.”

“Thuy isn’t only brave but also kind-hearted through his many contributions in education, sports, and community work to needy people residing in the mountainous district of Son Tra,” said Cao Le Tung Nghia, secretary of the Quang Ngai chapter of the Ho Chi Minh Communist Youth Union.