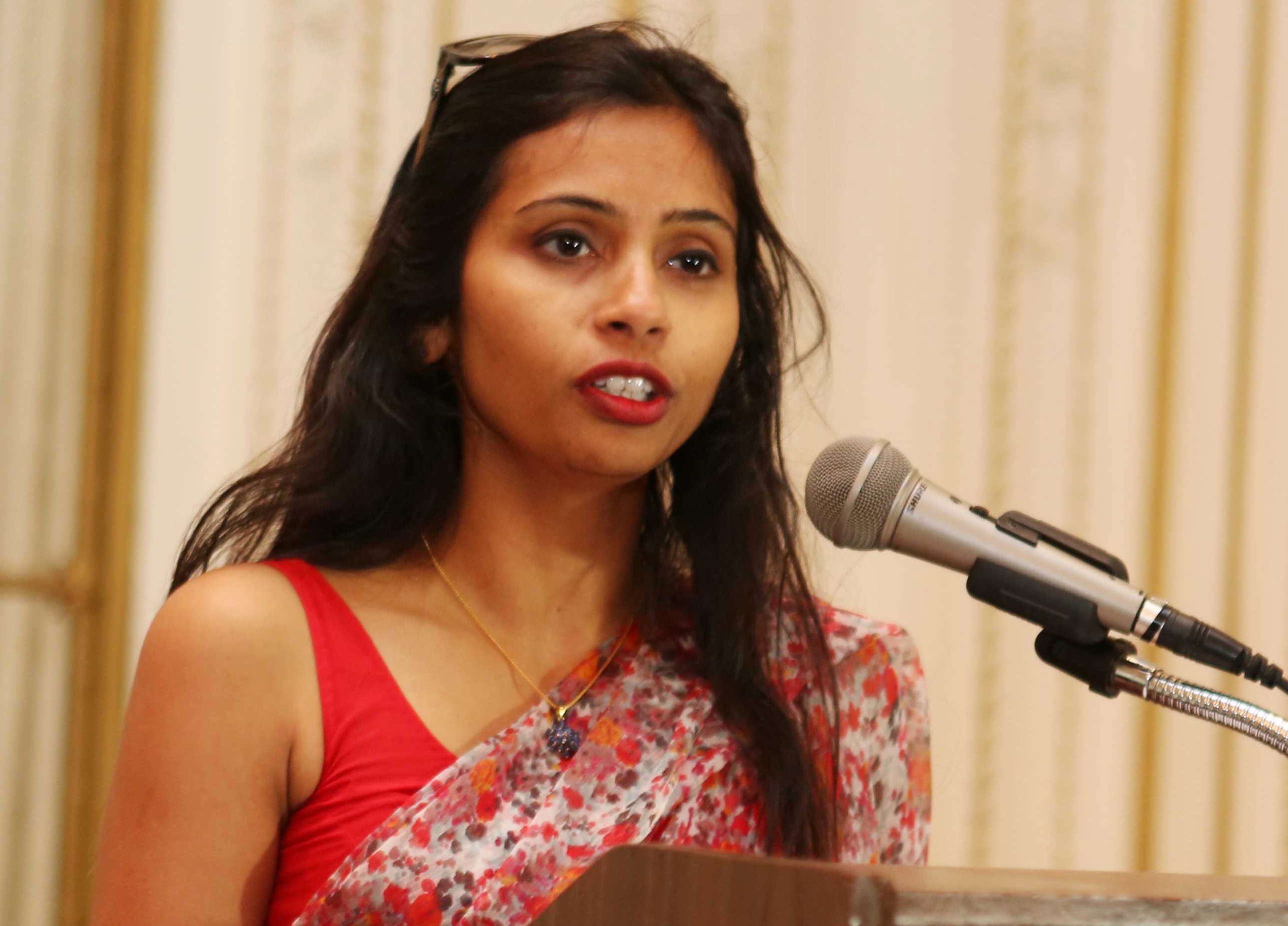 NEW YORK/WASHINGTON – An Indian diplomat whose arrest and strip-search caused a major rift in U.S.-Indian ties will leave the United States on Thursday, her lawyer said, after she was effectively expelled as part of a deal in which she was granted diplomatic immunity from charges of visa fraud and lying about underpaying her housekeeper.

Devyani Khobragade, who was deputy consul-general in New York, was arrested Dec. 12 and charged with one count of visa fraud and another of making false statements about how much she paid the housekeeper.

Her arrest set off protests in India amid disclosures that she was strip-searched on the day of her arrest. The dispute soured the broader U.S.-India bilateral relationship, leading to the postponement of two visits to India by senior U.S. officials and another by a U.S. business delegation.

"She knows she has done no wrong and she looks forward to assuring that the truth is known," he said in a statement.

The planned departure came the same day a grand jury in New York indicted her for visa fraud and making false statements. She had been engaged in plea talks prior to the indictment, prosecutors said in a Jan. 6 court filing.

While both New Delhi and Washington stressed the importance of their bilateral relationship during the crisis, it took weeks of complex wrangling to find a workable solution that would keep both sides relatively happy.

A U.S. government official said Washington accepted a request by India to accredit Khobragade at the United Nations and then asked New Delhi to waive the diplomatic immunity that status conferred. India denied this request, leading Washington to ask for her departure, the official said.

There was no immediate comment from the Indian Embassy in Washington or its mission to the United Nations.

Furious at the treatment of Khobragade, 39, India curtailed privileges offered to U.S. diplomats and ordered the U.S. Embassy to close a club for expatriate Americans in New Delhi.

On Wednesday, U.S. Energy Secretary Ernest Moniz postponed a visit to India scheduled for next week. This move came days after U.S. Assistant Secretary of State for South Asia Nisha Desai Biswal delayed her first visit to the country to avoid the trip becoming embroiled in the dispute.

The arresting authority, the U.S. Marshals Service, characterized the strip search as a routine procedure imposed on any new arrestee.

While much of the focus has been on Khobragade, the cause of the nanny, Sangeeta Richard, has been taken up by a non-government organization called Safe Horizon, which campaigns for victims of abuse.

It said that although Richard's legal presence in the United States was tied to her employment, she had been granted temporary permission to remain while she cooperates with law enforcement as a victim of human trafficking.

It said Richards was likely to apply for a special "T-1" visa reserved for trafficking victims. Such a visa would be valid for up to four years and allow her to work in the United States. It can also lead to lawful permanent residence, according to the website of U.S. Immigration and Customs Enforcement.

Khobragade's departure would remove the focus of current friction between New Delhi and Washington, but it is unclear how long it will take the anger to subside in the run-up to national elections in India in May.

The case has exposed underlying problems in a bilateral relationship that has failed to live up to its billing by President Barack Obama in 2010 as "a defining partnership for the 21st Century."

Critics accuse Obama of failing to pay sufficient attention to ties with a country viewed as a key strategic counterbalance to China and as an engine to boost the U.S. economy, while American hopes of building a more robust business relationship with India have run into bureaucratic hurdles.

Frustration has grown among the U.S. corporate lobby. Indian sourcing rules for retail, information technology, medicine and clean energy products are contentious and U.S. firms complain about "unfair" imports from India of everything from shrimp to steel pipes. In June, more than 170 U.S. lawmakers signed a letter to Obama about Indian policies they said threatened U.S. jobs.

Daniel Markey, senior fellow for India, Pakistan and South Asia at the Council on Foreign Relations, said the Khobragade case made it appear the Obama administration had taken its eye off the ball on the relationship with India.

"The question is why this wasn't managed in a more sophisticated or subtle way, because things can be managed more effectively. This was always going to be an issue, but it could have been resolved more rapidly with less fanfare."

Speaking at a seminar on Thursday, Ron Somers, president of the U.S.-India Business Council blamed "bumbling on both sides" for the Khobragade affair.

"We have to do some thinking on this side as to what has there been in the way of frustration that allowed this incident to provoke and spill over as it has," he said.

"We really need now to be building trust and taking an introspective look at whether we really mean what we say when we talk about strategic partnership and how do we get there."