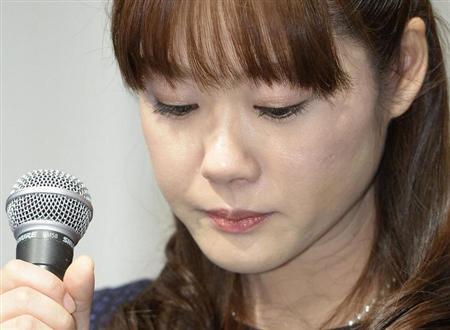 TOKYO - Fighting back tears, a Japanese researcher under fire for fabricating parts of scientific papers hailed as breakthroughs in stem cell research said on Wednesday she stood by her discovery and hoped it could still help the world.

The papers published by Haruko Obokata in the scientific journal Nature in January detailed simple ways to reprogramme mature animal cells back to an embryonic-like state, allowing them to generate many types of tissues - offering hope for a way of replacing damaged cells or growing new organs in humans.

But after reports pointed out irregularities in data and images used in the reports, Obokata's employer, RIKEN, a semi-governmental research institute, began investigating and last week said it had found her guilty of fabrication, apologising for behaviour that had damaged the credibility of Japan's scientific community.

"It can definitely be explained how the mistakes happened," Obokata told a news conference carried live by most Japanese television stations. She said she had filed an appeal challenging RIKEN's conclusions.

Bowing deeply and wearing a dark dress and pearl necklace, a pale Obokata apologised for mistakes that she said were due to her inexperience but denied that she had acted deliberately.

"More than anything, the experiments properly took place. As the data actually exists, I want to clarify that I did not create these papers with ill intent," she said, her voice trembling.

Obokata, 30, became a sensation for her youth and stylishness in Japan, where scientific discoveries tend to be the province of older men. Media hailed her as a potential Nobel prize winner and role model, but also spent hours on her fashion sense and use of a traditional Japanese apron in the laboratory.

But questions soon emerged about the research methods used by Obokata and her fellow authors, including Japanese researchers as well as some at Harvard University and Brigham and Women's Hospital in the United States, after other researchers could not replicate the results.

Obokata said the papers had been written to describe the phenomenon of the cells, known as Stimulus-triggered Acquisition of Pluripotency (STAP) cells, and that she had thought to write another laying out the experimental methods in detail. She said she has succeeded in creating the cells more than 200 times.

Hailed by the global scientific community, the Nature papers drew acclaim for Obokata and for RIKEN, one of Japan's top scientific research institutes.

"We want to create an environment where more young people and women can carry out research, so we can have a second and third Obokata," media quoted Education Minister Hakubun as saying in February.

Obokata sidestepped questions at the news conference about whether her discovery was used by RIKEN to burnish its name ahead of a government status upgrade that would bring it more funding and why she alone was called to task for the papers.

Asked if she felt betrayed, she paused and said: "I believe I should not have that feeling."

A spokeswoman for RIKEN said the centre was responding based on its regulations.

Obokata said that belief in the STAP cells' potential had sustained her through years of research, and still did.

"If I have a future as a researcher, I want to help develop these STAP cells to the point that they are usable in their own right and useful to someone," she said.